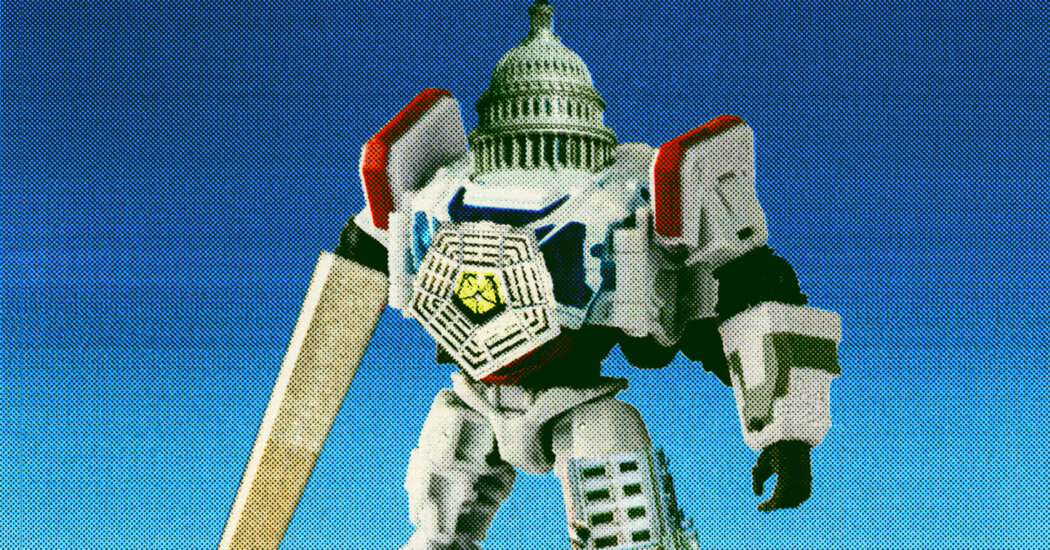 Even more worrying is the Biden administration’s approach to China, which sees Beijing primarily as a threat to American global supremacy and thus defines relations with the world’s other superpower in largely zero-sum terms. In a May 26 speech at George Washington University outlining the administration’s China strategy, Mr. Blinken said it could be “summed up in three words”: The United States will “invest” domestically, “align” its policies with those of its allies and “compete” with Beijing. The word “cooperate” was notably absent.

Biden officials describe their turn away from “engagement” with China as a response to its bellicose behavior­ — especially its fortification of islands in the South China Sea and intimidation of Taiwan. But while those actions merit concern, the primary lesson of the past several years is that the gravest threats China poses to ordinary Americans stem from its contributions to climate change and pandemics, and seriously addressing these perils requires cooperating with China more.

Despite this, Mr. Blinken didn’t discuss working with China on climate or public health until 38 minutes into his speech last month. And Mr. Biden’s hawkish policies have fed a cycle of hostility and escalation that makes cooperation harder. Despite a joint declaration between Washington and Beijing on climate action last November, Chinese leaders have made it clear that the Biden administration cannot insulate environmental progress from a deteriorating overall relationship.

“The U.S. side hopes that climate cooperation can be an ‘oasis’ in China-U.S. relations,” Wang Yi, China’s foreign minister, said last fall, “but if that ‘oasis’ is surrounded by desert, it will also become desertified sooner or later.”

On pandemics too, the Biden administration’s zero-sum view of its relationship with Beijing has undermined efforts to rebuild the public health partnerships that Donald Trump dismantled. “U.S. vaccine diplomacy has been aimed at competing with China over geopolitical influence,” a Center for Strategic and International Studies report noted last December, “not cooperating with China in the delivery of global public goods.”

A former Singaporean diplomat, Kishore Mahbubani, has compared the United States and China to “two tribes of apes that continued fighting over territory while the forest around them was burning.” This is the kind of jarring talk Mr. Biden’s well-mannered militarists need to hear in the sanctums of power. They need colleagues who challenge the assumptions that bind them together. Unity, which is among this administration’s greatest strengths, is among its greatest weaknesses, too.

Peter Beinart (@PeterBeinart) is a professor of journalism and political science at the Newmark School of Journalism at the City University of New York. He is also an editor at large of Jewish Currents and writes The Beinart Notebook, a weekly newsletter.