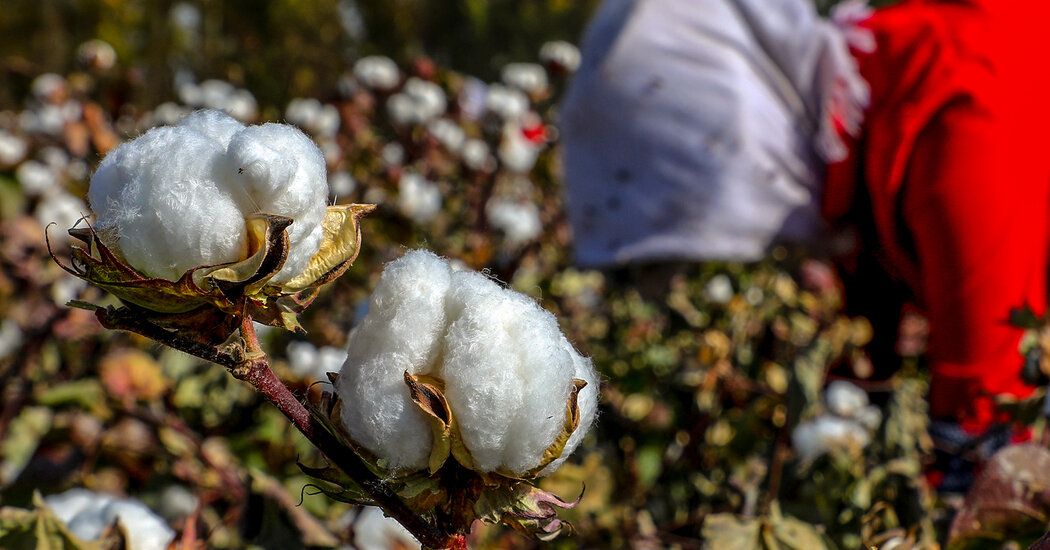 Ms. Apter said that while no Eileen Fisher garments were being made in Xinjiang and that it wasn’t getting fabric or yarn from the region, the company didn’t know whether any of the cotton fiber it was using could be traced to Xinjiang.

“Two years of pandemic and a deteriorating political situation made it impossible to fully vet what is happening on the ground,” Ms. Apter said.

Discontent among the population. The Chinese government’s censorship and surveillance, which the pandemic has aggravated, are pushing a small but growing group of Chinese to look for an exit. Younger Chinese in particular are embracing the view that they might need to flee the country in the pursuit of a safer and brighter future abroad.

A new trick for internet censors. To control the country’s internet, China’s censors have relied for years on practices like on deleting posts, suspending accounts and blocking keywords. Now they have turned to displaying users’ locations on social media, fueling pitched online battles that link Chinese citizens’ locations with their national loyalty.

An uncertain harvest. Chinese officials are issuing warnings that, after heavy rainfalls last autumn, a disappointing winter wheat harvest in June could drive food prices — already high because of the war in Ukraine and bad weather in Asia and the United States — further up, compounding hunger in the world’s poorest countries.

The company debated what to do.

“You know, maybe this farm got certified, but we have no way to independently audit, the people are intimidated, the auditors don’t want to work on the ground anymore, it’s impossible to really go by that,” Ms. Apter said, recalling the discussion.

By 2021, Eileen Fisher had removed any Xinjiang cotton fiber from its supply chain, she said.

L.L. Bean, the privately held outdoors retailer based in Maine, said in a statement that it had ceased sourcing from textile mills in Xinjiang in 2020 and “completely removed ourselves out of the cotton production process” in early 2021.

“We have full confidence in our due diligence process to state that none of our products are made with Chinese cotton or use forced labor,” the company said.

The decisions by smaller, privately owned companies to leave China have been more straightforward than they were for bigger retailers, which have cultivated a lucrative consumer market in the country. For fast fashion companies like H&M and luxury brands like Burberry, which has also been the target of boycotts, the decision ultimately amounts to picking a side: China or the rest of the world.

“It’s very hard for a giant company,” said Michael Posner, who is the chair of the Fair Labor Association, a nonprofit organization that has worked with companies like Apple to investigate worker conditions at suppliers’ factories.