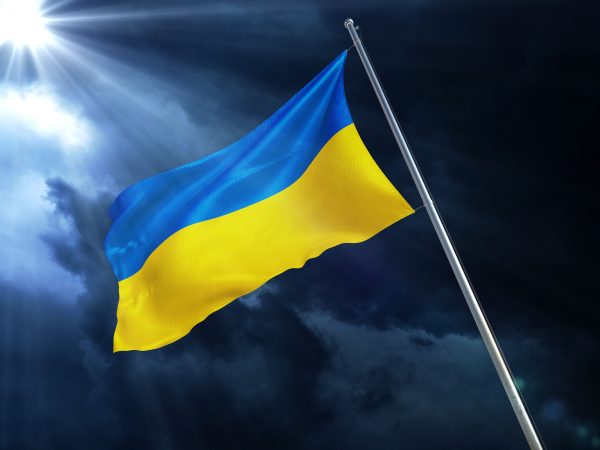 In a highly unusual move, a former Chinese ambassador to Ukraine spoke against the Russian invasion of Ukraine. His published remark was subsequently quietly scrubbed from the Chinese internet.

It’s unclear whether Gao intended for his remarks to be made public. Phoenix News Media, a partially state-owned television network, published an edited transcript of his remark “with revisions from the ambassador himself.”

Painting a grim picture of Russia’s deep economic and political catastrophe in the aftermath of the war, Gao argued the country has been in a “continuous, historical process of decline” since the demise of the Soviet Union. “The so-called revitalization of Russia under Putin’s reign is based on a false premise. Russia’s decline is evident in all areas… and has had a significant negative impact on the Russian military and its combat capabilities,” he said. According to Gao, the odds are stacked so heavily against Putin that “it’s only a matter of time before Russia is fully defeated.”

Gao chastised Putin for relying on fabricated history in his bid to restore Russia’s alleged glory.  He faulted the Putin regime for “considering the former Soviet Union as its exclusive sphere of influence” and “violating the independence, sovereignty and territorial integrity of other former Soviet states,” which resulted in “the greatest threat to peace, security, and stability in Eurasia.”

“Gao is one of the handful of senior Chinese diplomats with extensive real expertise. Unfortunately, they are required to carefully tread the official line when in office, and they can only voice their views more candidly after retirement,” said Pin Ho, founder and CEO of the New-York based Mirror Media Group.

“Ambassador Gao’s words reflect the Ukrainian viewpoint. It’s a crucial counterweight against the excessively pro-Russian stance from state media outlets and the current Chinese Foreign Ministry. Gao’s remark should be a key reference point as we observe China’s evolving line of messaging on the Russo-Ukrainian war,” according to Ho.

There are no signs that Beijing is changing its stance on the war. Just last week, Chinese Vice Foreign Minister Le Yucheng told an online security forum that it was “preposterous” to scapegoat China for the conflict, accusing the United States of sacrificing Ukraine to advance its own geopolitical objectives.

Despite Moscow’s isolation, China has repeatedly hailed the “resilience” of Russian-Chinese relations, doubling down on its pledge to deepen bilateral “strategic coordination” with Russia.

Unlike other Chinese diplomats who have condemned the United States for orchestrating the war from behind the scene, Gao expressed a more nuanced view of the U.S. role in the war. He acknowledged Washington’s goal of “weakening and isolating” Russia but predicted a post-war global order renewal in favor of the West.

“The U.S. will vigorously push for substantive reforms of the United Nations and other international organizations, or even start new ones if such reforms find roadblocks,” according to Gao’s published statement.  In either case, said Gao, ideology lines will be drawn.

As the invasion grinds through into its third month, Gao’s statement came at a time when China’s ties to Russia and resulting exposure to sanctions have further rattled investor nerves over the strength of the world’s second-largest economy. Dimming growth prospects and mounting geopolitical concerns have prompted BlackRock to downgrade its outlook on Chinese equities and bonds to neutral on a 6- to 12-month basis.

The tightrope act facing Beijing is how to mitigate the widespread perception that it has essentially sided with Moscow and retain its strategic posture against the United States and its allies.

However, Chinese experts caution against reading too much into Beijing’s occasional softening of its public narrative.

While international pressure motivates Beijing to fine-tune its narrow public narrative to slightly distance itself from the Russian narrative, it doesn’t change the fact that the majority of Chinese foreign policy and security experts are genuinely sympathetic to the Russian perspectives, according to Tong Zhao, a senior fellow at the Carnegie Endowment’s Tsinghua Center for Global Policy in Beijing.

As China braces itself for a world in greater chaos, Xi Jinping is increasingly focused on “filling the gap to win the hearts and minds of the Global South,” as evidenced by his Global Security Initiative which aims to “uphold the idea of indivisible security,” according to Zhao.