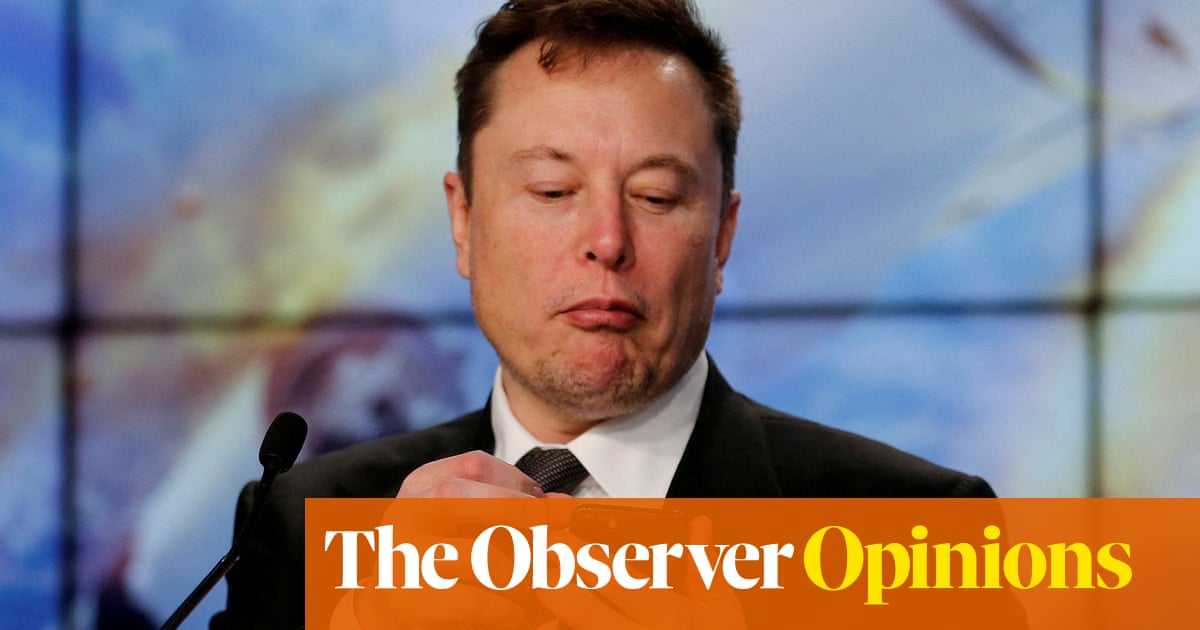 On Friday 8 January 2021, Twitter kicked Donald Trump off its platform and an eerie calm enveloped parts of our global public sphere. Depriving him of his online megaphone was a compelling demonstration of how a tech platform had acquired an awesome power – the ability effectively to silence an elected president.

This third capability is clearly the kind of power that a society’s communications media wield. But until Trump arrived on the scene, Twitter didn’t look like a particularly powerful player. It’s a midget compared with giants such as Facebook and YouTube – 217 million daily users compared with Facebook’s 1.96 billion, for example. And, as any local politician knows from doorstep canvassing, very few “ordinary” citizens use it.

So wherein lies its importance? Answer: virtually every mainstream journalist is an obsessive user of it. And mainstream media – print and broadcast – outlets are still the forces that shape how citizens perceive the world.

Trump understood this intuitively. For five years, he used Twitter to dictate the day’s news agenda. And once elected, he, in effect, governed through Twitter – to the extent that some genius created a bot that reformatted every tweet of his into an official-looking White House statement.

Elon Musk is the only businessman to date who has demonstrated the same intuitive grasp of the medium and he has used Twitter with the same Trump-like flair – to keep his mob of 83 million followers energised, amused and outraged; to manipulate a range of markets, including those involving cryptocurrencies; to sell cars (more than 300,000 in the past three months, without having a marketing division); and to troll public authorities.

Now this uber-troll has decided to acquire his favourite platform. Like Victor Kiam, the guy who liked Remington shavers so much that he bought the company, Musk likes free speech so much that he’s gone and bought it! This might have something to do with the fact that one of the public authorities he’s been trolling is the US Securities and Exchange Commission (SEC), which previously fined him for claiming (on Twitter) that he had the funds to take Tesla private and required him to have any further business-related tweets vetted by a lawyer (famously dubbed a “Twitter-sitter”) before posting.

Musk suffers from the delusion that “Twitter has become the de-facto town square”, which, frankly, is baloney. The internet, as Mike Masnick points out, is the metaphorical “town square”. Twitter is just one small private shop in that space – a shop in which hyperventilating elites, trolls, journalists and millions of bots hang out and fight with one another.

He also seems to have forgotten that Twitter operates outside the first-amendment-obsessed US – in Europe, for example. Last Tuesday, Thierry Breton, the EU’s commissioner for the internal market, warned that Twitter must follow European rules on moderating illegal and harmful content online, even after it goes private. “We welcome everyone,” said Breton. “We are open but on our conditions… ‘Elon, there are rules. You are welcome but these are our rules. It’s not your rules which will apply here.’” Since Musk seems temperamentally allergic to rules imposed by governmental agencies, Twitter under his command should have interesting challenges ahead in Europe.

But the part of the world where he would have most difficulty is China. Up to now, Twitter has had a pretty good record in resisting bullying by Xi Jinping’s regime.

Ever since the Hong Kong democracy movement triggered a massive counterattack by Xi’s trolls on foreign social media, Twitter has removed thousands of Chinese accounts and slapped labels on state media tweets; stopped taking advertising from Chinese government stooges; and declined to cooperate with regime requests. The platform also provides a global platform for Xi’s critics. China’s new national security law explicitly targets seditious speech, including on overseas platforms, but Twitter, to date, has not cooperated.

This admirable commitment to free speech would produce exquisite and perhaps unbearable pain for its new proprietor. Tesla, which, after all, is his main gig, produces half of its cars in China and earns a quarter of its revenues there. As Reuters points out: “China could easily hold Tesla to ransom if a Musk-owned Twitter didn’t play ball.”

It could, which is why one wonders if, in the end, Musk will just walk away from the acquisition. He’s a businessman, after all, and businessmen supposedly believe in the primacy of markets. He embarked on this venture thinking that the rules of free speech are just another asset available for purchase in the “marketplace of ideas”.

With a bit of luck, he will come to the conclusion that the price is much higher than he envisaged. In which case, those of us who believe that those rules should be determined by democratic institutions can breathe again.