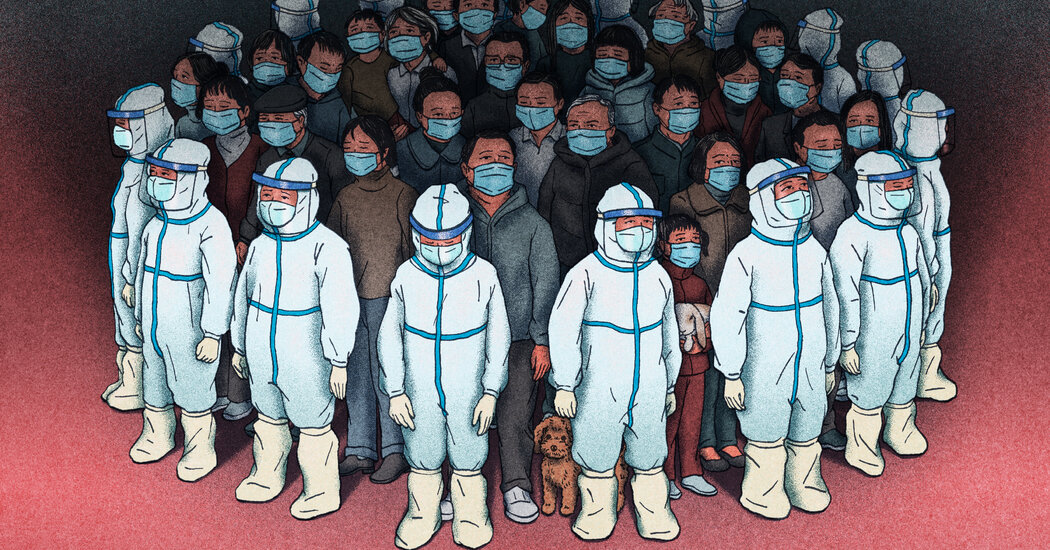 After the city locked down its 25 million residents and grounded most delivery services in early April, many people encountered problems sourcing food, regardless of their socioeconomic status. Some set multiple alarms for the different restocking times of grocery delivery apps that start as early as 6 a.m.

In the past few days, a hot topic in WeChat groups has been whether sprouted potatoes were safe to eat, a few Shanghai residents told me. Neighbors resorted to a barter system to exchange, say, a cabbage for a bottle of soy sauce. Coca-Cola is hard currency.

After nearly two weeks under lockdown, Dai Xin, a restaurant owner, is running out of food to provide for her household of four. Now she slices ginger paper thin, pickles vegetables so they won’t spoil and eats two meals a day instead of three.

Even the moneyed class is facing food supply shortages. The head of a big retailer told me last week that she got many requests from Shanghai-based chief executives. But there was little she could do under lockdown rules, the executive said, who spoke on the condition of anonymity given the political sensitivities.

Wang Lixiong, the author of the apocalyptic novel “China Tidal Wave,” which ended with a great famine in the aftermath of a nuclear winter, believes that a man-made crisis like the one in Shanghai is inevitable under China’s authoritarian system. In recent years, he said in an interview, the risk increased after Beijing clamped down on nearly every aspect of civil society.

After moving into a friend’s vacant apartment in Shanghai last winter, he stocked up on rice, noodles, canned food and whiskey to sustain him for a few months in case of a crisis.

But many residents in the luxury apartment complex, with units valued at more than $3 million, weren’t as prepared when the lockdown started. He saw his neighbors, who dashed around in designer suits a month ago, venture into the complex’s lush garden to dig up bamboo shoots for a meal.