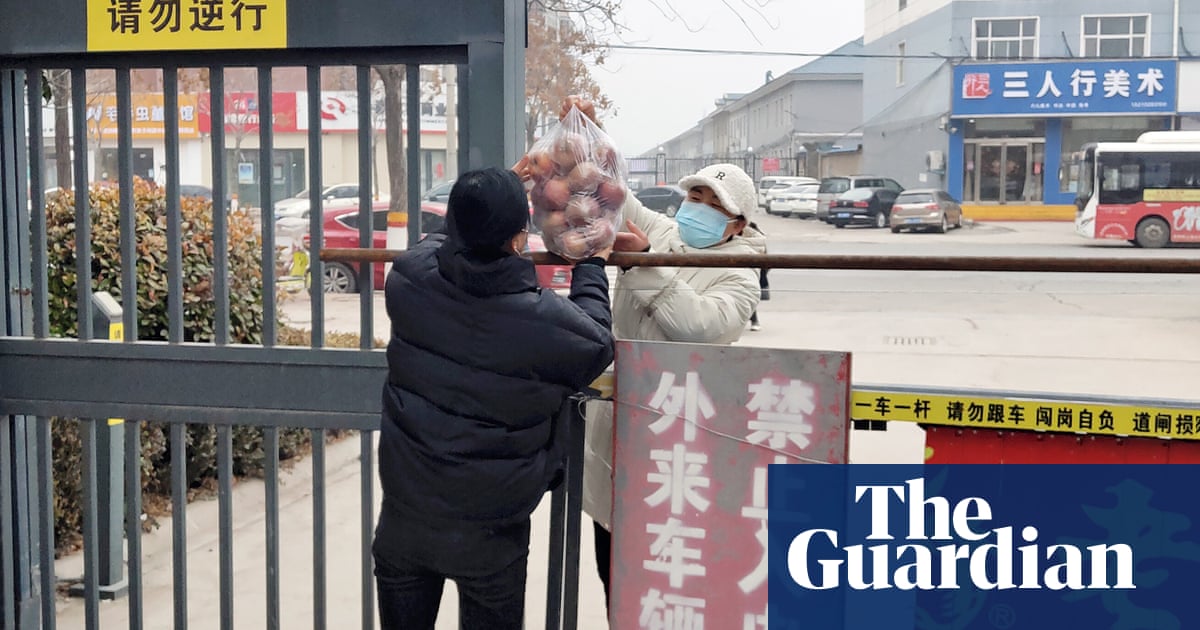 As Shanghai announced another daily record high of 16,766 cases on Wednesday, the director of the city’s working group on epidemic control was quoted by state media as saying that the outbreak in the city was “still running at a high level”.

Although low by international standards, this is China’s worst outbreak since the virus took hold in Wuhan in January 2020 sparking the global pandemic.

Shanghai’s entire population of 26 million is now locked down and there is growing discontent among people who have been living with restrictions on their movements for weeks as the authorities stick doggedly to their zero-Covid policy of eliminating the disease.

At least 38,000 medical personnel have been deployed to Shanghai from other parts of China, along with 2,000 military personnel, and the city is mass-testing residents.

A separate outbreak continues to rage in the north-eastern province of Jilin and the capital, Beijing, also saw an additional nine cases. Workers shut down an entire shopping centre in the city where a case had been detected.

There are increasing signs that China’s economy is slowing sharply because of the lockdowns. Activity in China’s services sector contracted at the steepest pace in two years in March as the surge in cases restricted mobility and weighed on demand. The closely watched Caixin purchasing managers’ index (PMI) dived to 42.0 in March from 50.2 in February. A drop below the 50-point mark separates growth from contraction.

The same survey showed a contraction in the country’s giant manufacturing sector last week and economists warned on Wednesday that there could be worse to come as the Shanghai lockdown begins to affect the figures for the coming months.

Stock markets in Asia were a sea of red on Wednesday with the Nikkei down 1.5% and the Hang Seng off more than 2%. European markets were also down in early trade.

Alex Holmes of Capital Economics said spill overs to the rest of Asia from the Covid outbreak in China have been relatively minor so far but “the possibility of major disruption to supply chains remains a large and growing risk”.

“The longer the current wave lasts, the greater the chance,” he said.

“An added risk factor is that after many months of disruption along their entire length, global supply chains are already very stretched. There is now a much greater potential for a small bottleneck to have large repercussions.”

Two years of disruption from the pandemic has dislocated the global economy’s complex supply chains, causing a sharp rise in the prices of commodities, food and consumer goods.

The war in Ukraine has added to inflation, especially in oil and grain prices, and further shutdowns in China could worsen the situation.

“Covid-induced lockdowns in China and the Russia-Ukraine war has torn apart the expectations of recovery of the supply chain, which has been grappling to keep up to the pressures of implications resulting from these and many more disruptions.”

Roeloffs said the dislocations set off by coronavirus and geopolitical tensions meant that companies were looking at ways to ease their reliance on the key US-China trade artery and seek to diversify their supply lines.

“We will need more resilient supply chains and that means less concentration on high volume routes,” he said. “While China-US will still be significantly massive, more smaller trade networks will increase to other countries in south-east Asia… This will be a very gradual process. It doesn’t mean that freight demand from China will decrease now, but I think it might not grow as much anymore.”

His comments echo a warning on Tuesday from a central bank chief that the world economy may be on the brink of a new inflationary era where consumers will be faced with persistently higher prices and rising interest rates due to the retreat of globalisation.

Agustín Carstens, head of the Bank for International Settlements, said higher rates could be required for several years to combat inflation. Prices are running hot throughout the world with developed economies seeing the highest inflation rates for decades. In the UK, inflation is 6.2%, while in the US prices have increased by 7.9% in the year through February – the highest rate in in 40 years.

Speaking in Geneva, Carstens said building new supply chains that decreased the west’s dependency on China would be expensive and result in higher production being passed on to consumers in the form of prices and therefore higher interest rates to curb inflation.

“What starts as temporary can become entrenched, as behaviour adapts if what starts that way goes far enough and lasts long enough. It’s hard to establish where that threshold lies, and we may find out only after it has been crossed,” he said.