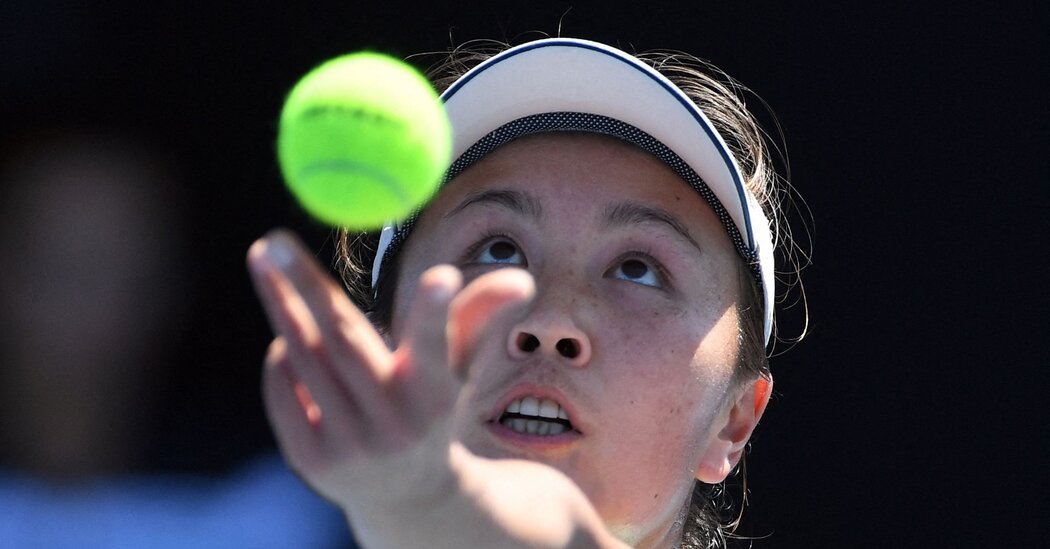 There has never been a case like this in China: a prominent athlete making such significant allegations against one of the country’s major political figures. Though Simon received an email from Peng this week, Simon has cast doubt on its authenticity and insisted that the tour wants verifiable proof that Peng is safe. He has said that no one in the tennis community has been able to contact her directly.

Simon has called for a full investigation into Peng’s allegations of sexual assault, an inquiry free of censorship. That could prove even trickier to achieve in a country unlikely to embrace outside demands on how it conducts its internal affairs.

The International Olympic Committee, with even more at stake as it prepares to take the Winter Olympics to Beijing in February, has argued for tact and behind-the-scenes diplomacy rather than direct confrontation. But Simon and the WTA have decided, after careful and lengthy consideration, to make a stand and have doubled down — insisting that if Chinese authorities do not comply, the tour would be prepared to pull out of China, where it had 11 events on the schedule this year.

The men’s tour, which has four events of its own in China, has offered plenty of support for Peng but, as of yet, no such ultimatum. Simon, with even more at risk commercially, has taken a much bolder path than his ATP counterpart, Andrea Gaudenzi, believing that raising the temperature and raising global awareness of Peng’s situation was necessary.

“When you’re talking about allegations such as this and sexual assault, when a woman has the courage to come up and reflect these and state it, you have to have the courage to then follow up and go through the right process and get to the right solution at the end of the day,” Simon said in an interview on Sunday. “You cannot water down or compromise this type of an issue.”

The No. 1 men’s player, Novak Djokovic, said Friday that he supported the WTA’s approach. “The whole community, tennis community, needs to back her up and her family, make sure that she’s safe and sound because if you would have tournaments on the Chinese soil without resolving this situation, it would be a little bit strange,” he said.

Peng has had to be strong before, overcoming numerous injuries, adversity and isolation. She had a procedure to repair a heart defect not long before leaving home at age 14: sent by Chinese officials to train at the Evert Tennis Academy in Boca Raton, Fla.