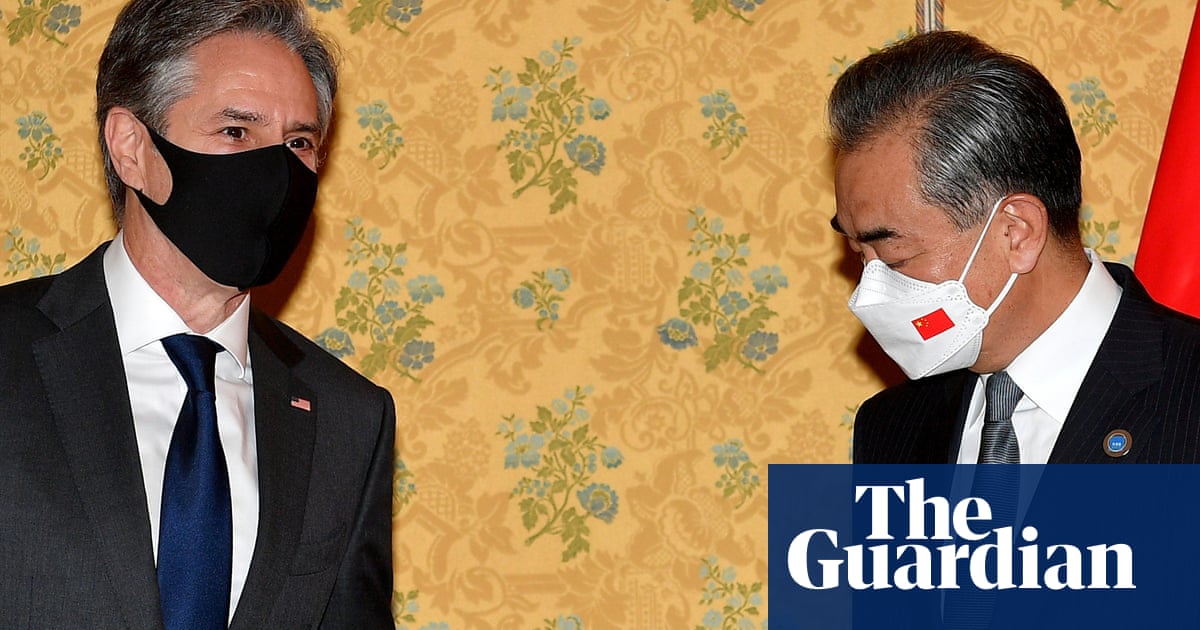 The US secretary of state has clashed with his Chinese opposite number, saying the US will provide Taiwan with the means to defend itself as China warned it must end its interference on the island.

Antony Blinken also urged China to live up to its responsibilities on the climate emergency, pointing out it was the largest carbon emitter.

The hour-long meeting on the sidelines of the G20 summit in Rome was described by US officials as “exceptionally candid” but productive, and would help lay the groundwork for a virtual summit between the US president, Joe Biden, and the Chinese leader, Xi Jinping, later this year.

Blinken’s promise to help Taiwan’s defence came a week after Biden said the US may support Taiwan’s independence militarily and Blinken called for Taiwan to be recognised within UN institutions.

The White House subsequently denied Biden had intended to breach the longstanding policy of neutrality on Taiwan’s status.

The country of 20 million people sees itself as being on the frontline of the war between democracy and authoritarianism, Taiwan’s foreign minister, Joseph Wu, told a meeting on the fringes of the G20 on Saturday dedicated to highlighting China’s human rights abuses.

Taiwan’s defence department said eight Chinese planes entered its air defence zone on Sunday, the latest in a growing number of incursions designed to assert China’s claim to the island.

The meeting between Wang Yi and Blinken is the first since a stormy confrontation in Alaska in March, during which the Chinese delegation berated the US side in front of the TV cameras. The state department said Blinken made it “crystal clear” that Washington opposed any unilateral changes by Beijing to the status quo in Taiwan.

Blinken characterised the meeting as an attempt to responsibly manage the competition between the two countries, highlighting the topics where the countries can cooperate and those where they are fated to compete. He said it was longstanding US policy to help Taiwan prepare its defences.

Wang told Blinken that tensions over Taiwan were caused by US support for pro-independence forces on the island. China has said Biden’s remarks – almost overturning the policy of strategic ambiguity – sent an irresponsible signal as they seriously violate the one-China principle.

“We request the US to fulfil its commitments to China, rather than betray its promises.”

The Chinese foreign ministry said earlier this week: “For quite some time, the US has been making negative moves by selling arms to Taiwan and strengthening official and military ties with Taiwan, including the launch of a $750m arms sale plan to Taiwan, the landing of US military aircraft in Taiwan and frequent sailing of US warships across the Taiwan strait.”

The Taiwanese president, Tsai Ing-wen, confirmed the presence of a small number of American soldiers who had come to train her army and said she was “trusting” the US to defend her island against China.

Speaking to CNN’s State of the Union, Blinken questioned China’s climate commitments: “It’s ultimately going to be up to China, as now currently the world’s largest emitter, to decide whether it is going to do the right and important thing for its own people. Unless we’re all in this together in … taking the steps necessary to keep warming to 1.5C, then it’s going to be a problem.”