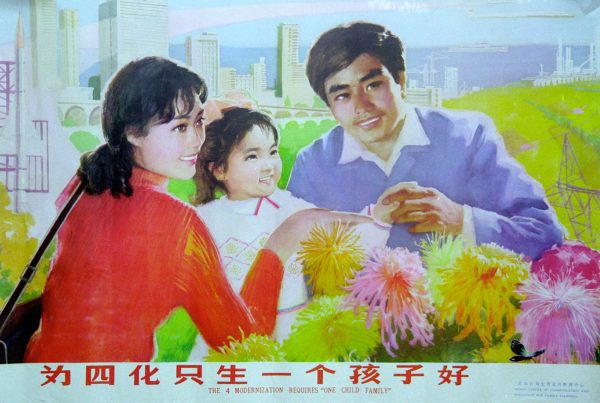 Red Net, a news site affiliated with the Hunan Provincial Government, published an opinion piece on October 7 titled “The work of warming rural bachelors’ beds is highly necessary.” The piece highlighted existing concerns about the cost to women’s rights of China’s drive to push up the birth rate.

The author, Jiang Wenlai, a researcher at the Chinese Academy of Agricultural Sciences, wrote, “The question of rural men’s marriage has evolved from an individual issue into a social issue,” quoting directly from a recent policy document from the local government of Xiangyin County, Hunan.

Xiangyin’s ratio of children aged 0-9 in 2010 was 127 boys for every 100 girls, a particularly stark manifestation of the gender imbalance caused by son-preference and sex-selective abortion in China under the previous “one-child” policy. This has led to an increase in the number of unmarried men, particularly in rural areas.

“The difficulty of marrying in rural areas is widespread and has a huge impact,” Jiang wrote. “We must not wait or delay. There must be a sense of urgency.”

The article received attention online for its strident language and for its focus on rural Hunan, an important testing ground of Xi Jinping’s poverty alleviation campaign, which officially concluded this year. Xi made a tour in 2013 to Hunan’s Xiangxi prefecture, where he coined the term “precise poverty alleviation” and met with rural bachelors.

“This article directly objectifies women,” said YouTuber Yaqin Liu, based in the United States. “It takes women as tools for stability maintenance and fertility.


“Years ago, to give brides to troops in Xinjiang, the CCP deceived 8,000 Hunan women. Today, Hunan’s government is even more odious,” Liu said.

In the case Liu referred to, thousands of women from Hunan were extorted by General Wang Zhen into sexual servitude for People’s Liberation Army troops in the 1950s in Xinjiang.

“In place of completely eliminating poverty, the party is now attempting to completely eliminate singlehood … This ‘warming men’s beds’ article repeats and amplifies the claims of the party’s theoretical journal Qiushi last year,” political YouTuber Jiang Feng said in a webcast on Friday.

Some net users commented drolly, “If you want someone to warm your bed, just send for a hot water bottle. It’s not expensive.”

In the past 10 years, China’s policymakers have grown concerned at the skewed gender ratio, low birth rate, and swelling of the retirement-age population, putting a strain on pension funds.

Jiang’s op-ed followed regulations at the national level to “reduce non-medical abortions and standardize infertility diagnosis and treatment services.” These were contained in the Chinese Women’s Development Program (2021-30) issued by the State Council, China’s executive cabinet, on September 27.

“Especially after 1990, the imbalance in the sex ratio at birth became more and more serious, and those born in the 1990s are now of marriageable age,” researcher Yi Fuxian, author of “Big Country with an Empty Nest,” told The Diplomat.

“By my estimation, the one-child policy is resulting in 40 million bachelors in China,” said Yi. “Without wives or children, many may not care very much about their creditworthiness. This bachelor crisis may cause social instability and also increased risks in the financial markets. And, as China imports more brides from neighboring countries, it may well be creating bachelor crises elsewhere.”

In addition to the gender imbalance, many families have difficulties funding a sufficient “betrothal gift” (彩礼).

“I wish to declare: no more talk of a ‘betrothal gift’…” wrote one Gen-Z Chinese man on social media site Zhihu last month in a post attracting nearly 100,000 responses. “Marriage is between two people, not two families … The Constitution stipulates men and women are paid equally. The Marriage Law does not provide for ‘betrothal gifts’. With wives financially and legally equal to husbands, there is no reason for me to shell out.”

Unmarried men are regarded as a problem, often referred to derisively as “bare branches” (光棍).

The expectations on lower-income men can take a heavy toll, said Sarah Gosper, a researcher at the University of Melbourne focusing on matchmaking and marriage in China.

“Although there is abhorrent misogynist discourse, the disdain with which rural bachelors are treated is also a serious problem,” Gosper told The Diplomat.

“There is a push to make them into ‘real men’ by getting them married, turn them into productive citizens, and to guarantee against the perceived disruptions single men pose to social stability.”