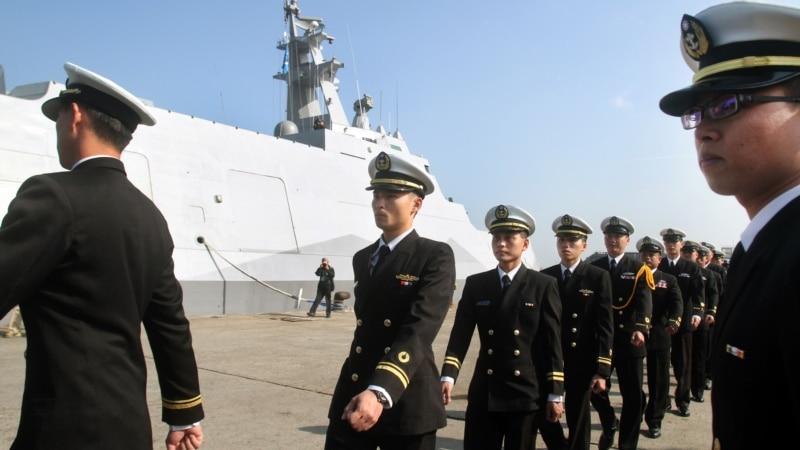 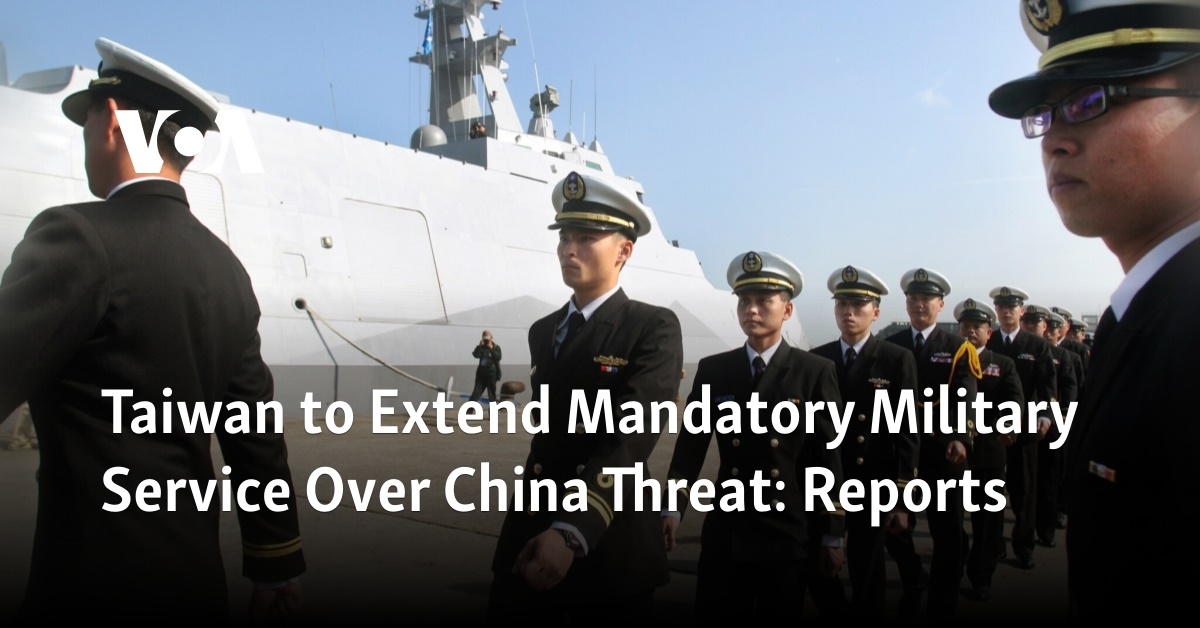 Taiwan will extend compulsory military service to one year from four months from 2024 due to the rising threat the democratically governed island faces from its giant neighbor China, President Tsai Ing-wen said Tuesday.

The move, which had been well-flagged ahead of time, comes as China ramps up military, diplomatic and economic pressure on Taiwan to assert its sovereignty claims, including almost daily Chinese air force missions near the island over the past three years.

Tsai, speaking after a national security council meeting of senior security officials, said Taiwan wanted peace but needed to be able to defend itself.

“As long as Taiwan is strong enough, it will be the home of democracy and freedom all over the world, and it will not become a battlefield,” Tsai told a news conference announcing the decision, which she described as “incredibly difficult.”

The current military system, including training reservists, is inefficient and insufficient to cope with China’s rising military threat, especially if it launched a rapid attack on the island, Tsai added.

“Taiwan wants to tell the world that between democracy and dictatorship, we firmly believe in democracy. Between war and peace, we insist on peace. Let us show the courage and determination to protect our homeland and defend democracy.”

Tsai’s security team, including high-level officials from the defense ministry and the National Security Council, have been reviewing Taiwan’s military system since 2020, an official briefed on the matter told Reuters.

Taiwan’s government says only the Taiwanese people can decide their future.

“China’s various unilateral behaviors have become a major concern for regional security,” said the official, who took part in the high-level security discussion.

Conscripts would be tasked with guarding key infrastructure, enabling regular forces to respond more swiftly in the event of any attempt by China to invade, the defense ministry said at the same press conference.

Chieh Chung, researcher at the National Policy Foundation, a Taipei-based think tank, estimated that the extension could add an extra 60,000 to 70,000 manpower annually to the current 165,000-strong professional force in 2027 and beyond.

Even after the extension, however, the period of service will still be shorter than the 18 months mandated in South Korea, which faces a hostile and nuclear-armed North Korea.

Tsai is overseeing a broad modernization program, championing the idea of “asymmetric warfare” to make the island’s forces more mobile, agile and harder to attack.

While the United States has pressed Taiwan to modernize its military to make it like a “porcupine” — agile and hard to attack — Tsai said there had been no pressure from Washington for these reforms.

Taiwan has been gradually shifting from a conscript military to a volunteer-dominated professional force, but China’s growing assertiveness towards the island it claims as its own, as well as Russia’s invasion of Ukraine, have prompted debate about how to boost defense. Russia calls the war in Ukraine a “special operation.”

Previous Taiwan governments under the ruling Democratic Progressive Party and the main opposition Kuomintang cut compulsory service for men to four months from more than two years to appeal to younger voters as tensions eased between Taipei and Beijing.

Reuters has reported that military training in Taiwan, particularly for conscripts and reservists, had deteriorated.