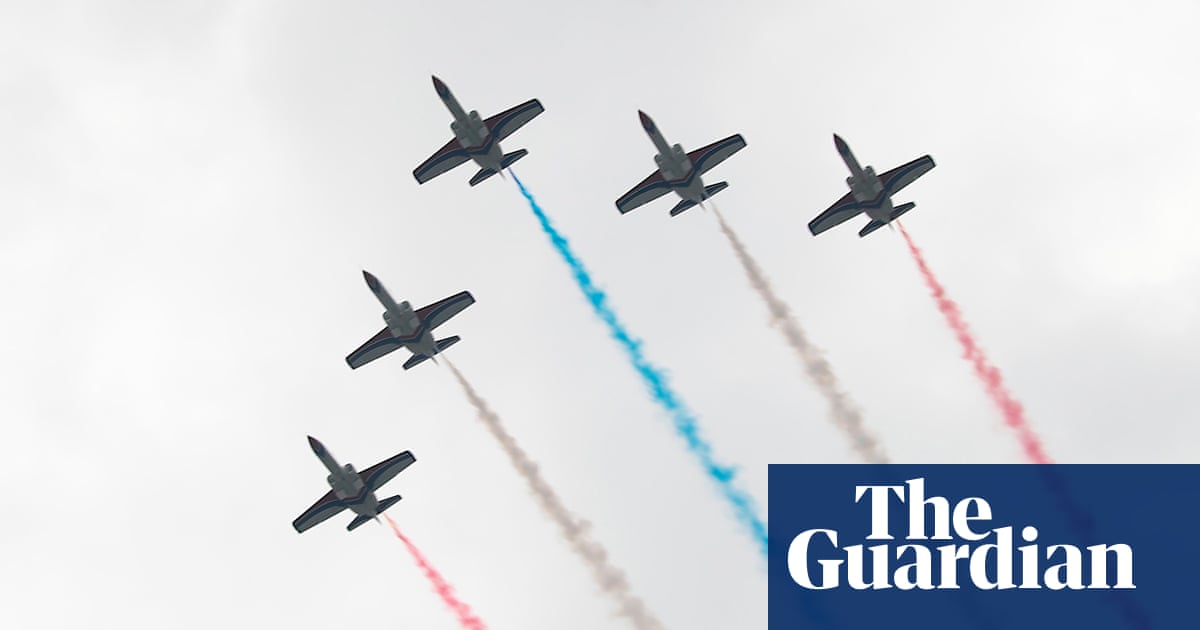 Taiwan will extend its compulsory military service from four months to one year amid mounting military tensions with China, the island’s president has announced.

Under the plans due to come into effect in 2024, conscripts will undergo more intense training, including shooting exercises and combat instruction used by US forces. Conscripts will be tasked with guarding key infrastructure, enabling regular forces to respond more swiftly in the event of any attempt by China to invade.

The announcement of the change came after Taiwan’s defence ministry reported that 71 Chinese air force jets and drones had entered the island’s air defence identification zone within 24 hours on Monday – the largest reported incursion to date.

“As long as Taiwan is strong enough, it will be the home of democracy and freedom all over the world, and it will not become a battlefield,” President Tsai Ing-wen told a news conference after a national security council meeting. “Taiwan wants to tell the world that between democracy and dictatorship, we firmly believe in democracy. Between war and peace, we insist on peace. Let us show the courage and determination to protect our homeland and defend democracy.”

The defence authority also plans to raise the monthly wage of regular conscription soldiers from about NT$6,500 (US$211) to NT$26,307 (US$856), almost in line with the minimum wage.

Since 2013, Taiwan has required men over 18 to serve four months in the military, with the first five weeks in a basic training boot camp. The new plan will put mandatory recruits on eight-week basic training.

Chen Chi-mai, mayor of Kaohsiung city and the acting chairperson of the ruling Democratic Progressive party, told reporters on Tuesday that it was essential to strengthen national security, the official news agency CNA reported.

Taiwan has been gradually shifting from a conscript military to a volunteer-dominated professional force, but China’s growing assertiveness towards the island it claims as its own, as well as Russia’s invasion of Ukraine, have prompted debate about how to boost defence.

Previous governments cut compulsory service for men from more than two years to four months to please younger voters during a period of easing tensions between Taipei and Beijing.

Taiwan’s efforts to bolster the readiness of its defence forces accelerated after the visit to the island from the US House Speaker, Nancy Pelosi, in August. China immediately staged military drills around Taiwan in response to Pelosi’s visit.

A survey conducted by the Taiwanese Public Opinion Foundation in December found that 73.2% of respondents were in favour of an extension to compulsory service.

Joseph Wu, Taiwan’s foreign minister, told the Guardian in an exclusive interview earlier this month that the Chinese military threat was “getting more serious than ever”, with a five-fold increase in warplane incursions into the island’s defence zone since 2020.

Wu said the drills conducted after Pelosi’s visit were also aimed at scaring off other governments which might support Taiwan.

As part of the efforts to ramp up the island’s combat strength, on Friday Tsai inaugurated new military facilities at an army base in the southern city of Kaohsiung, which she said offers “a better living environment” for military personnel, according to a statement released by the president office.