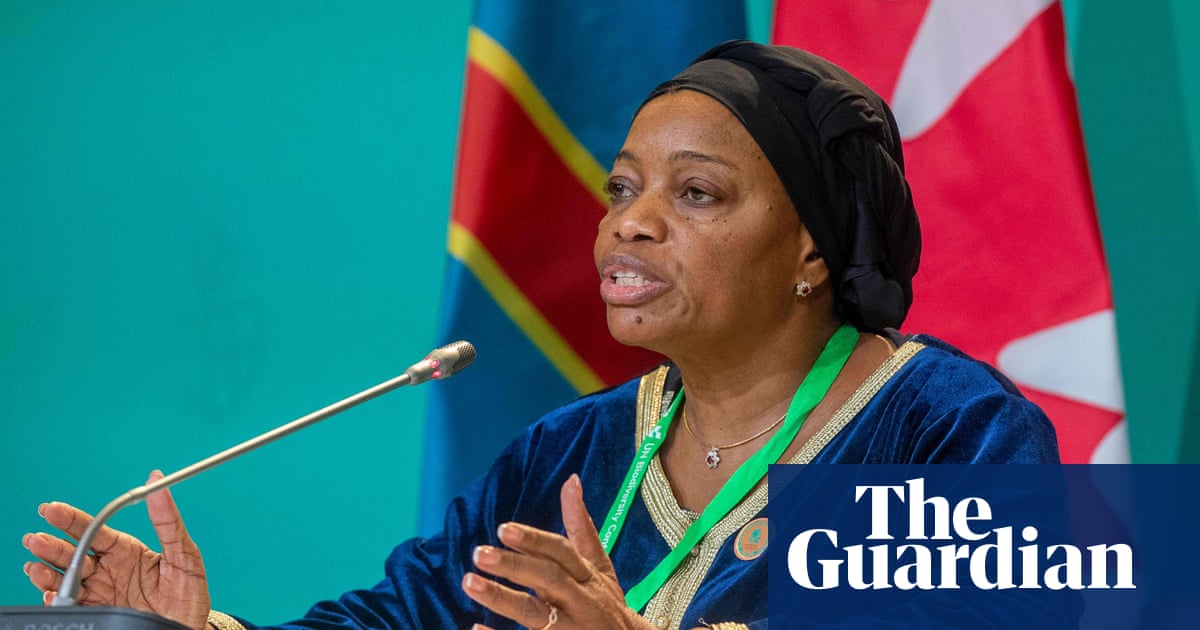 The Democratic Republic of the Congo’s environment minister has said her country has not agreed to a deal to halt the destruction of the Earth’s ecosystems, prompting behind-the-scenes diplomatic efforts to keep the agreement alive just hours after it was adopted.

Ève Bazaiba, the DRC’s environment minister, said her country would be writing to the UN secretary general, António Guterres, and the Convention on Biological Diversity to express the DRC’s position on the final text. It comes after the Chinese Cop15 president, Huang Runqiu, appeared to force through the agreement in the final plenary just moments after the DRC negotiator had said did not support the deal, which is typically negotiated by consensus. His interventions prompted further objections from Uganda and Cameroon.

“We didn’t accept it. We didn’t have the agreement. We will go back home. Maybe the president of Cop15 and Canada will continue negotiations with countries before the next Cop. We are open to that. I am sad to see that they didn’t respect the procedure,” Bazaiba said on Monday.

DRC is home to the world’s second largest tropical forest and the Congo basin – 60% of which is in the DRC – is one of the key ecosystems that the “30 by 30” agreement will need to protect.

Other countries were broadly supportive of the final text, which included the targets of protecting 30% of the planet for nature by 2030, reforming $500bn (£410bn) of environmentally damaging subsidies, and taking urgent action on extinctions.

Christophe Béchu, France’s minister for ecological transition, who headed its delegation, called it a “historic deal”. He said: “It’s not a small deal. It’s a deal with very precise and quantified objectives on pesticides, on reduction of loss of species, on eliminating bad subsidies. We double until 2025 and triple [in] 2030 the finance for biodiversity.”

And campaigners praised the emphasis on the rights and territories of Indigenous people who, despite their outsized contribution to protecting nature, often face threats of violence and rights violations.

“Now it is recognised that Indigenous people can also make contributions to biodiversity conservation,” said Viviana Figueroa, a representative of the International Indigenous Forum on Biodiversity (IIFB). “For us, it’s like a change of paradigm. They are recognising this important role that was invisible.”

Some framed the DRC’s objections as hypocritical, given they are pursuing oil and gas development in their own rainforests and Virunga national parks despite environmental warnings.

Bazaiba said it was the country’s prerogative to economically develop. “We don’t need people to tell us to conserve it. Those who are asking us to protect our rainforests, to help humanity, we are asking those responsible for pollution for compensation. If they refuse, we are going to manage our own biodiversity,” she said.

Bazaiba said they could not support the agreement because it did not create a new fund for biodiversity separate to the existing UN fund, the global environment facility (GEF). China, Brazil, Indonesia, India and Mexico are the largest recipients of GEF funding, and some African states wanted more money for conservation as part of the final deal.

Other African countries have since joined the DRC in expressing their anger and reservations and the Guardian understands there are behind-the-scenes talks involving the UK to make sure the deal holds at the highest level. There is unease among some developing countries about the way the agreement was pushed through, which could emerge at the final plenary later on Monday evening.

“The Chinese presidency was really clumsy. What they did was totally wrong, it was procedural violence. This will leave a bitter aftertaste. The DRC has one of the largest rainforests in the world and would thus have a major role to play in implementing the GBF,” one negotiator said.