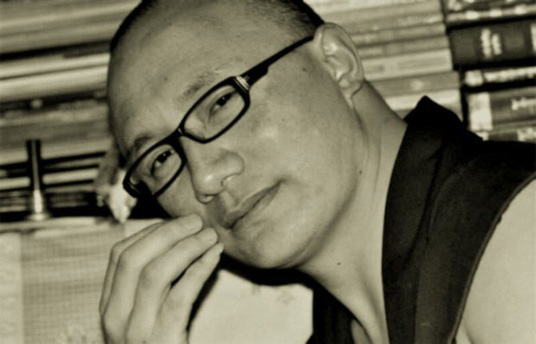 Chinese authorities have sentenced a Tibetan monk to three years in prison after his participation in a campaign that discouraged local residents from killing and selling animals, sources told Radio Free Asia.

Monlam Gyatso, a Tibetan monk, writer, and teacher from Raktam village, Serta county in Qinghai province’s Kardze Tibetan Autonomous Prefecture, had been held for more than a year in an undisclosed location before his sentencing in October earlier this year, sources added.

One source inside Tibet, speaking to RFA on condition of anonymity for security reasons, said Monlam Gyatso was “arrested on June 9, 2021 by the Chinese government. His whereabouts continue to remain unknown.”

“In October 2022 he was sentenced to three years in prison but we still don’t know the exact date. Despite [learning of] his sentencing, it still remains unclear where he is being held and in what condition,” the source added.

A strict information lockdown by authorities in the region makes it difficult to confirm developments in cases like Gyatso’s for weeks or even months after they occur.

Another Tibetan source, speaking to RFA from exile, said that authorities sentenced Gyatso for allegedly supporting the “10-point regulation campaign” started by a monk in Kardze’s Larung Ghar Monastery “to discourage people from killing and selling animals.” Chinese authorities have reportedly cracked down on the campaign, and the source said that the Chinese government has accused its supporters of “disrupting the ecosystem and livelihoods of the residents.”

Born in 1976, Monlam Gyatso had studied Tibetan poetry, linguistics and creative studies, and was ordained a monk at the Raktram Jampaling Monastery. He has notably authored several books, and wrote articles and poems that made him well-known among Tibetan netizens, both inside and outside Tibet.

Tibetan monks, writers, educators and musical performers have been arrested in recent years for sharing news and opinions on social media and for contacting relatives living in exile, sometimes with news of anti-China protests inside Tibet.

In recent years, Chinese authorities have accelerated information controls in Tibetan communities throughout the country, making information about cases like Gyatso’s more difficult to confirm. Earlier this year, RFA reported on how Chinese authorities refused family visits to Rinchen Tsultrim, a Tibetan monk arrested at the age of 29.

Translated by Tenzin Dickyi. Written in English by Nawar Nemeh.