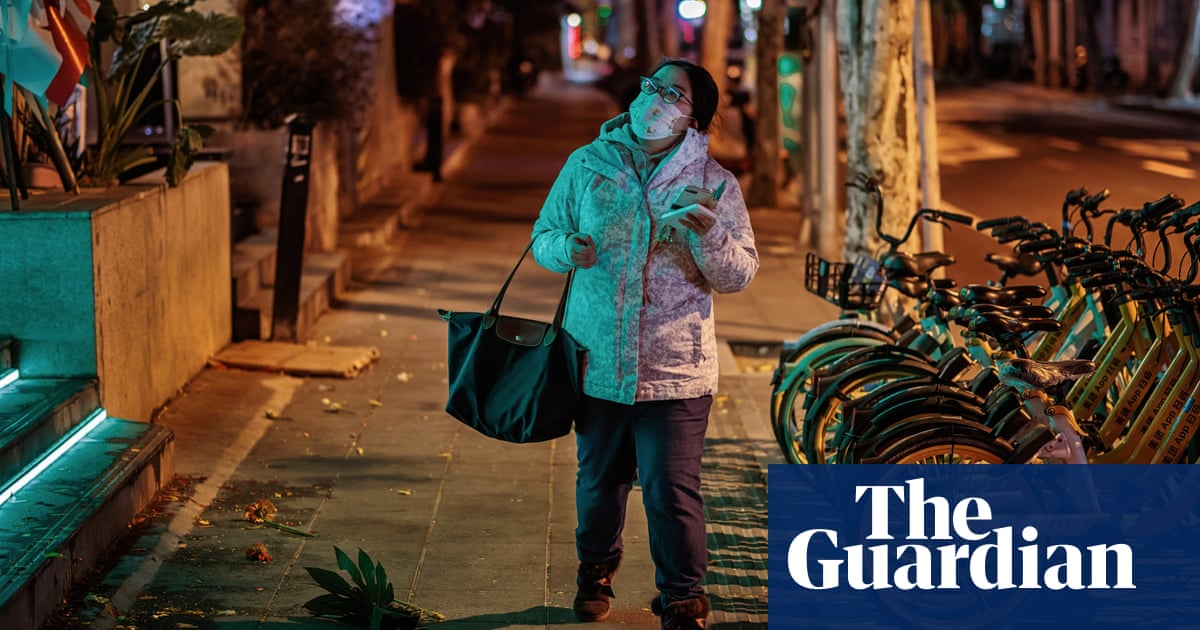 Streets in major Chinese cities were eerily quiet on Sunday as people opted to stay home to protect themselves from a surge in Covid-19 cases that has hit urban centres from north to south as officials warn of more waves to come.

The latest official figures continue to show a relatively low number of new daily cases, however concerns linger over the accuracy of the data amid reports of over-burdened funeral homes and crematoriums.

The country’s chief epidemiologist has also warned that China is in the first of an expected three waves of Covid cases this winter.

Speaking at a conference in Beijing on Saturday, Wu Zunyou of the Chinese Centre for Disease Control and Prevention said the current outbreak would peak this winter and run in three waves for about three months, according to a state media report of his speech.

The first wave would run from mid-December through mid-January, largely in cities, before a second wave would start from late January to mid-February next year, triggered by the movement of people ahead of the week-long New Year holiday.

A third wave of cases would run from late February to mid-March as people returned to work after the holiday, Wu said.

In eastern Zhejiang province, home to many high-tech companies and industry, the first wave is expected to peak around mid-January, though it could be earlier, health officials said on Sunday.

“This period coincides with the Lunar New Year, and population movement will speed up the spread of the epidemic,” said Chen Zhong, executive deputy director of the provincial epidemic control taskforce.

A US-based research institute said this week that the country could see an explosion of cases and over a million people in China could die of Covid in 2023.

Wu said severe cases had declined compared with past years and vaccination had offered a certain degree of protection. The vulnerable should be protected, he said, while recommending booster vaccines for the general public.

China on Sunday reported its first Covid deaths since 7 December, when it abruptly ended most restrictions key to a zero-Covid tolerance policy following unprecedented public protests. Two new deaths, both of which are believed to be local cases in Beijing, were reported as of 10pm, according to government data.

As part of the easing of the zero-Covid curbs, mass testing for the virus has ended, casting doubt on whether official case numbers can capture the full scale of the outbreak. China reported 2,097 new cases on Saturday and 1,995 on Sunday.

In Beijing, the spread of the highly transmissible Omicron variant has already hit services from catering to parcel deliveries. Funeral homes and crematoriums across the city of 22 million are also struggling to keep up with demand amid staff shortages as workers and drivers call in sick.

At Beijing’s largest funeral parlour in Babaoshan, also known for handling the bodies of top Chinese officials and leaders, several hearses a minute could be seen entering on Sunday, while the parking area for private cars was also full.

“Right now it is difficult to book a hearse so many relatives transport the body with their own vehicles,” an employee told Reuters on condition of anonymity.

It was not immediately clear to what extent a rise in Covid-related deaths was responsible.

Social media posts also showed empty subways in the city of Xian in China’s north-west, while in Shanghai, the country’s commercial hub, there was none of the usual bustle in the run-up to the New Year. “Festive vibes are missing,” said a resident who gave her name as Alice.

While China rolled out its first Covid vaccines in 2021, vaccination rates among people aged 60 and above have remained little changed since the summer, according to official figures. Only 66.4% of people over the age of 80 have completed a full course of vaccination, official news agency Xinhua reported.

Authorities have not made vaccination mandatory in the wake of previous public backlashes. Last week China said it would start to offer a second booster – or fourth shot – for high-risk groups and people over 60.

Overseas-developed vaccines are unavailable in mainland China, which has relied on inactivated shots by Sinopharm, Sinovac’s Coronavac and other domestically developed options. It has yet to introduce its own version of an mRNA vaccine, and questions remain over their efficacy compared with foreign-made mRNA counterparts, said Kelly Lei, a doctor in the southern Chinese city of Shenzhen.

“At least a half of doctors and educated people wanted to get the mRNA ones and refused to get the Chinese ones,” Lei said.

“After a while, people see no hope and also they are kind of forced to get the Chinese ones, so they had to accept it. Some doctors talked to me, and said it’s useless anyway, why waste the money.”

Lei said many of her friends are looking to visit the neighbouring Chinese territory of Macau, where mainlanders can receive mRNA vaccines.

Demand has surged in recent weeks, visitors to Macau say, with the online booking platform for vaccination showing no bookings available until 21 January.

In light of a new wave of infections across the country, those unable to travel to Macau or abroad could be prompted to opt for the Chinese vaccines in desperation.