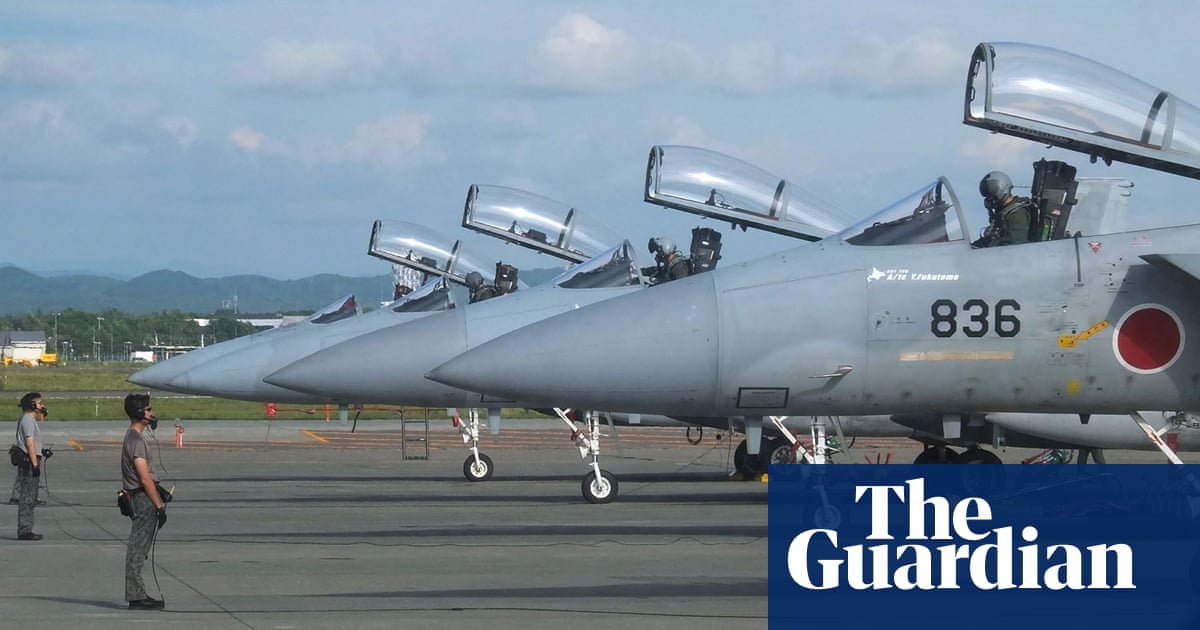 Japan has approved its biggest military buildup since the second world war, warning that China poses the “greatest strategic challenge ever” and outlining plans to develop a counterstrike capability funded by record defence spending.

The plans, announced by the government on Friday, reflect growing alarm over a more assertive Chinese military and a North Korean regime that continues to improve its nuclear and ballistic missile capabilities.

But the changes have also triggered criticism that Japan is abandoning more than seven decades of pacifism under its postwar constitution.

Japan aims to double defence spending to 2% of gross domestic product (GDP) over the next five years, in a departure from its postwar commitment to keep spending at 1% of GDP.

The increase would bring it into line with Nato countries and make it the world’s third-biggest spender on defence after the US and China.

Under the changes, outlined in three documents, Japan will also acquire new weapons that can strike enemy targets 1,000km away with land or sea-launched missiles, a move some believe violates its war-renouncing constitution.

Article 9 of the constitution, drawn up by US occupation forces after the second world war, renounces war and forbids Japan from using force to settle international disputes. Its military, known as the self-defence forces, is limited to a strictly defensive role. But critics say that has left Japan ill-equipped to respond to present-day security threats posed by China and North Korea.

While Japanese voters have traditionally been skeptical about direct revision of the constitution, public support for a more robust military has grown in since the Ukraine war and amid fears that a Chinese invasion of Taiwan could pose a threat to Japan’s security.

One of the documents, the national security strategy, said Japan faced “the severest and most complicated national security environment since the end of the war” and singled out China as “the greatest strategic challenge ever to securing the peace and stability of Japan”, as well as a “serious concern” for Japan and the international community.

The US ambassador in Tokyo, Rahm Emanuel, welcomed the strategies as “a momentous milestone” for US-Japan relations and for making a “free and open Indo-Pacific” an achievable reality.

Debate has also swirled around plans to allow Japan’s self-defence forces to carry out counterstrikes against enemy bases overseas, a capability some have said is essential to counter the potential threat posed by North Korean missiles.

Japan’s government has renamed what is known as a preemptive strike to “counterstrike capability,” apparently to emphasise that it would be used strictly in self-defence when the country is confronted with signs of an imminent attack.

Despite a nuanced wording of the strategy, the main threat is China, for which Japan has had to prepare “by using North Korea’s threat as a cover”, said Tomohisa Takei, a retired maritime self-defence force officer.

Despite the government consensus on the nature and severity of threats to Japan’s security, the ruling Liberal Democratic party is divided on how the increase in defence spending should be financed.

The prime minister, Fumio Kishida, has opposed calls to use government bonds to help pay for the defence outlay, estimated at ¥43tn ($320bn) over the next five years, opting instead to gamble on tax rises that his party and its junior coalition partner, Komeito, endorsed on Friday.

But the tax increases could prove unpopular. In a poll conducted last month by Fuji TV, 66% of respondents opposed higher taxes to pay for a bigger military.

Money will be spent on upgrading Japan’s missile defence and buying up to 500 US-made Tomahawk missiles, media reports said. It would eventually deploy more than 1,000 long-range cruise missiles able to reach North Korea or coastal areas of China, according to the Yomiuri Shimbun newspaper.

Japan is also expected to strengthen its military presence in its southernmost islands, tripling the number of military units and equipping them with the ability to intercept ballistic missiles, according to media reports.

The more forceful tone in the national security strategy is expected to anger China. The document, revised for the first time in almost a decade, identifies Beijing as a regional security threat and no longer states that Japan is seeking a “mutually beneficial strategic partnership” with China.

This week, the Chinese foreign ministry spokesperson Wang Wenbin urged Japan to “act upon the political consensus that the two countries are cooperative partners and do not pose a threat to each other”.

“Hyping up the ‘China threat’ to find an excuse for its military buildup is doomed to fail,” Wang said.

“The Japanese government will depict these changes as necessary, moderate and wholly in line with previous defence posture,” said Hughes, author of Japan as a Global Military Power. But, he added, “they are going to, in the words often used by the Liberal Democratic party itself in policy documents, ‘radically strengthen’ Japan’s military power.”

The self-defence forces will be reorganised, with the army, navy and air force placed under a joint command to respond more quickly to emergencies.

Agencies contributed to this report.