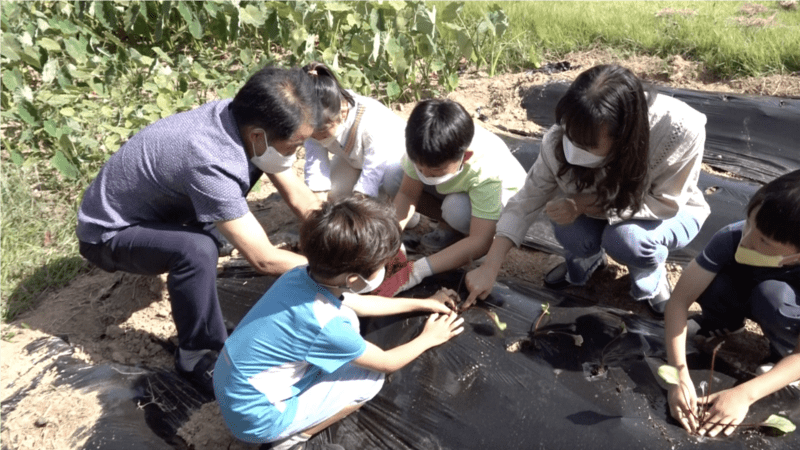 At its peak in the 1970s, more than 800 students per year filled the halls of Cheontae Elementary School, which is set among a cluster of tiny villages and rice farms in southern South Korea’s rural Hwasun County.

By 2021, the school’s attendance had cratered to just 24 students — the result of both South Korea’s plummeting birth rate, now the world’s lowest, and rapid urbanization that sent droves of young people to the city for better-paying jobs.

Without intervention, local officials said, Cheontae Elementary would soon close, a scenario that has played out across South Korea for decades. Since 1982, more than 3,800 schools nationwide have shut down because of a lack of students, mostly in rural areas, according to official figures.

Such school closures can deliver a death blow to rapidly aging rural communities. In Dojang, a village of several dozen homes about a five-minute drive from Cheontae Elementary, residents realize their community is on the brink of extinction.

“People in their 60s and 70s are considered young here,” said Moon Gyeongga, an active 82-year-old who was trimming pumpkin and lettuce plants in the front yard garden of her simple, single-story home.

“There is not a single child in this village. Everyone with kids leaves for the city,” added Moon, whose husband lives in a nursing home and whose sons live in Seoul and Gwangju, the nearest large city.

If the community loses its school, there would be virtually no hope of attracting young families, which is why Cheontae Elementary recently began participating in a program that brings students from Seoul to study in the countryside.

Under the program, which started in March 2021, Seoul children study for at least six months in schools throughout the southwestern part of the country, a mostly rural region hit especially hard by South Korea’s demographic crisis.

The exchange program, which is funded by both Seoul and local government subsidies, doesn’t solve all the problems of dying rural communities, but locals hope it can at least stop the bleeding long enough for more help to arrive.

So far, Cheontae Elementary has seen positive results. Since it began accepting Seoul students last spring, attendance has doubled to over 50.

Besides saving the school, the increased attendance has brought practical benefits for local students. Before the exchange program, it was difficult to find enough kids to play team sports, like football (soccer) or basketball, said sixth grader Lim Sung-ju.

“I have more hobbies now, and I can experience more things. Basically, I just have more fun,” Lim said.

More students also means the school receives more resources and staff – such as a vice principal who can focus on curriculum planning.

“It’s possible to educate the whole person here,” said Kim Na-yoon, a Seoul resident whose son is in the third grade at Cheontae Elementary.

“This is good for all of Korea in the long term,” she said.

Not a perfect solution

However, many locals caution the program is only a partial fix, noting it does not address the core problem facing rural communities: a lack of income for residents.

“The (local) population is still not growing,” said Park Gong-ryeol, a 67-year-old who has lived in Hwasun County for 18 years.

Park supports the exchange program. He even helps run a housing facility for exchange students and their parents.

But he says there are limited benefits to artificially propping up a school. The government, he says, should also do more to boost the incomes of local farmers who have historically relied on small rice paddy fields.

Without that kind of intervention, hundreds of rural communities could soon disappear. According to a March analysis by the Korea Employment Information Service, 113 of South Korea’s 228 cities, counties, and districts are at risk of extinction.

Another challenge: the approximately 260 Seoul students participating in the program area are spread among 60 rural schools, meaning not every school has received as big of a boost as did Cheontae Elementary.

But Cho Hee-yeon, the Seoul Metropolitan Office of Education Superintendent who is the driving force behind the exchange program, hopes this is just the beginning. He wants to eventually attract enough students to expand the program to rural areas nationwide.

“We hope that by studying in rural areas, children will be able to escape the concrete jungle, experience living in nature, develop a second hometown, and grow in a healthier way,” he said.

Cho views the program as part of a broader plan for more balanced, sustainable development in a country where nearly half the population is clustered in a single metropolitan area.

“Korea is traditionally a rice-farming society, but unfortunately some kids these days think rice grows on trees,” Cho said, laughing. “The goal is to make children remember rural areas even as adults.”