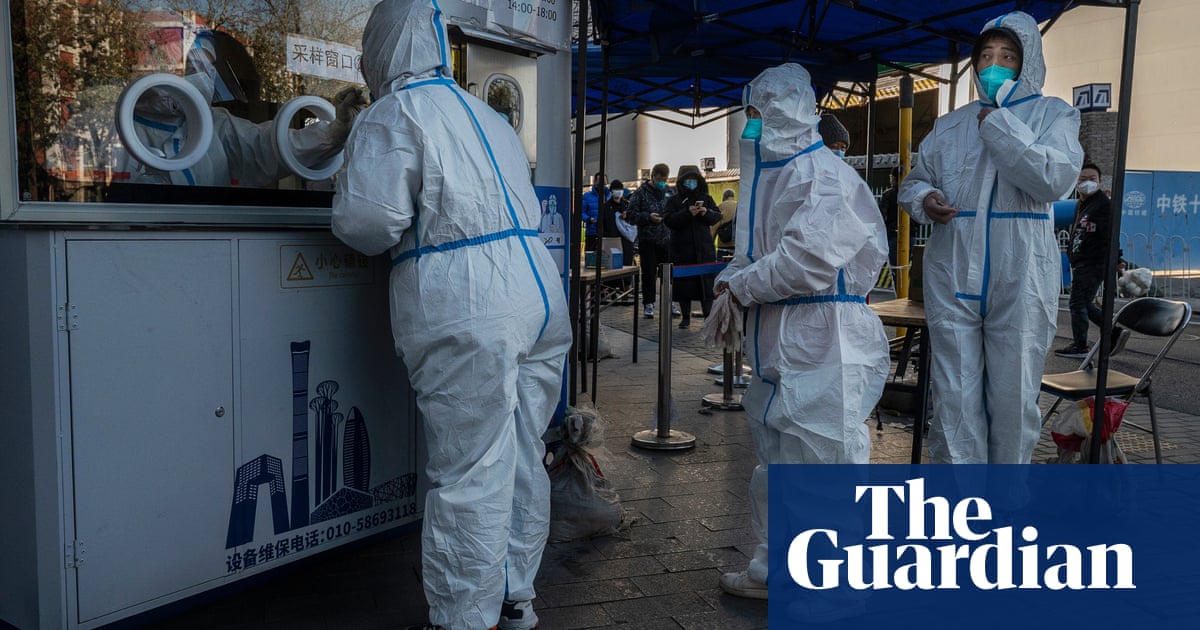 Coronavirus is weakening and management protocols could be downgraded, an expert on China’s state media has claimed, after unprecedented protests last week.

Since January 2020, China has classified Covid-19 as a Category B infectious disease but has managed it under Category A protocols, which give local authorities the power to put patients and their close contacts into quarantine and lock down affected regions.

Category A diseases in China include bubonic plague and cholera, while Sars, Aids and anthrax fall under Category B. Category C diseases include influenza, leprosy and mumps. Infectious diseases that can be easily spread and have a high fatality rate are classified as Class A or Class B but managed as Class A.

But an unnamed infectious disease expert told Chinese media outlet Yicai that more than 95% of China’s cases are now asymptomatic and mild, and the fatality rate is very low. Under such circumstances, adhering to Class A management is not in line with science, Yicai reported on Sunday.

Covid-19 could be downgraded to Category B management or even Category C, the expert was quoted as saying.

Any adjustment to the management of infectious diseases by the National Health Commission, China’s top health authority, requires the approval of the State Council, or cabinet.

Vice Premier Sun Chunlan last week said that China is facing “a new situation” as the Omicron virus weakens, becoming the first high-ranking government official to publicly acknowledge that the new coronavirus’s ability to cause damage has diminished.

An outpouring of public anger appears to have prompted authorities to lift some of the more onerous restrictions, even as they say the “zero-Covid” strategy, which aims to isolate every infected person, is still in place.

Throughout the pandemic, Covid restrictions have been managed by different levels of government, resulting in inconsistent and often confusing rules. The easing of restrictions appears to be operating in the same manner.

Beijing, Shanghai, Zhengzhou and Shenzhen are among cities to end a requirement for negative test results in order to board public transport. Beijing authorities have also ordered hospitals to stop refusing people with a negative result from entering, but this requirement is still in place in other cities, like Chengdu and Guangzhou.

Chongqing still requires a negative test from within the last three days to enter public places, while Zhejiang province has ended routine Covid tests entirely, according to state media.

China is the last major country trying to stop transmission completely through quarantines, lockdowns and mass testing. Concerns over vaccination rates are believed to figure prominently in the ruling Communist party’s determination to stick to its hard-line strategy.

Given those figures and the fact that relatively few Chinese have been built up antibodies by being exposed to the virus, some fear millions could die if restrictions were lifted entirely.

Last week’s demonstrations, the largest in decades, saw protesters in cities including Shanghai and Beijing demand an easing of Covid restrictions. Some called for Chinese President Xi Jinping step down.