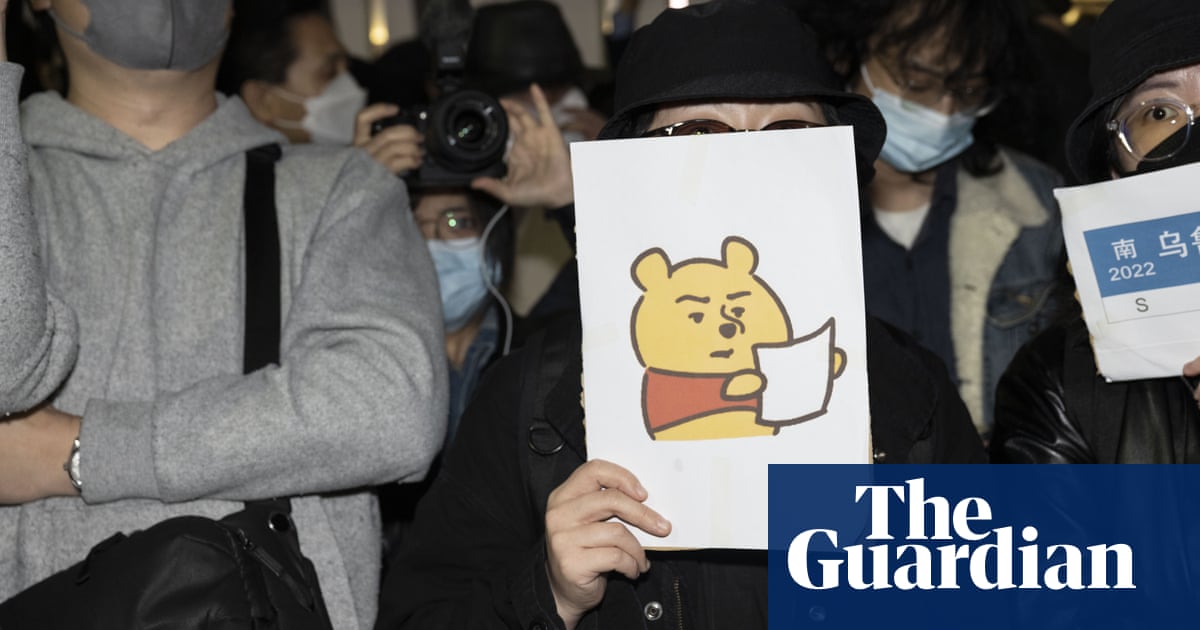 Years after he became character non grata in China, Winnie the Pooh is exacting quiet revenge against the country’s government in the form of Disney souvenirs.

In what appears to be a case of incidental resistance, Disney stores in Japan are selling a line of merchandise featuring a frowning Pooh looking at a blank sheet of white paper – a symbol of ongoing protests in China against censorship and Covid-19 restrictions.

The range, designed by the Japanese illustrator Kanahei, shows the image – taken from a scene in a 2011 film – on mugs, tote bags, T-shirts and hoodies.

While they were launched in April last year, according to the online store, social media users have given them political significance, with many voicing disappointment that the items are available only in Japan.

The bear, made famous by AA Milne’s children’s books, became the unlikely target of official anger in China after netizens noticed his physical likeness to the Chinese president, Xi Jinping.

The character allowed people across China to mock their president in a lighthearted way, but the government failed to see the funny side.

A viral photo showing Xi walking alongside Barack Obama during a visit to the US in 2013 appeared next to an image of Pooh – meant to mirror the portly Chinese leader – alongside Tigger, representing the tall, slim US president.

Xi was again compared to the fictional bear in 2014, in a photo of him shaking hands with Japan’s then prime minister, Shinzo Abe, at the Asia-Pacific Economic Cooperation summit in Beijing. A glum-looking Abe took on the role of the pessimistic, gloomy donkey Eeyore.

After a photo of the “demonstrating Pooh” appeared on Twitter this week, users outside Japan asked where they could get hold of the “white paper revolution’s” must-have items, with one joking: “Could someone FedEx to that Xi person in Beijing.”