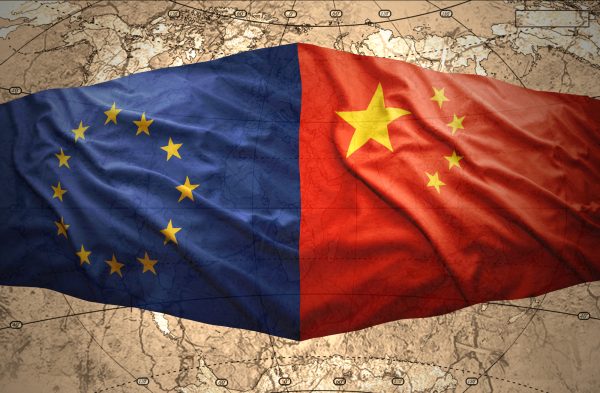 The risks related to academic cooperation with China recently received high-level political attention in Europe. European Commission President Ursula von der Leyen in her State of the Union Address specifically mentioned a scandal involving a research center on human rights in Amsterdam. The allegedly independent center was funded by Chinese entities. It had to close down after it became public that the academics affiliated with the center embellished China’s human rights record and defended it on Chinese state television.

After using this example of China’s interference in European academia, von der Leyen announced a Defense of Democracy package, which “will bring covert foreign influence and shady funding to light.”

Not much is known yet about the prepared package, but a discussion about how to promote trusted research has long been overdue in the European Union. Some technologically advanced countries have noticed that China’s declared ambitions to become a leader in science and technology by the middle of this century, backed by immense financial resources and a whole-of-society approach, may pose various challenges. Yet others are lagging behind in realizing the scope of the issue. Moreover, a holistic EU-wide approach to trusted research, which would support the integrity of the system of international research collaboration, is still missing.

The current patchwork of risk mitigation measures, such as export controls, investment screening mechanisms, and visa requirements, focuses predominantly on the export of military, nuclear, and dual-use goods, and omits other challenges. These risks include data leaks, violations of intellectual property rights, commercialization of research results without the knowledge of all authors, and use of the research results in unethical ways or for military purposes. In the long-term perspective, inaction on the EU side may contribute to advancing the economic power and military capabilities of a country that the bloc has officially labeled a “strategic rival.”


Besides these legally binding measures, some governments, higher education institutions, and universities have already issued guidelines containing recommendations on how to mitigate the potential threats to research integrity and raise awareness among researchers about conducting research with foreign partners, cybersecurity, or traveling abroad. Being of a voluntary nature, these guidelines are consequently open to interpretation and their adoption may often fall behind, given the time and resources necessary for their application. Moreover, the recommendations are usually actor-agnostic, which obscures the nature of the challenge. Last but not least, the issue of risks of engaging academically with China is quite often downplayed by the scientists themselves, who perceive the topic as “over-politicized” and argue that China may not be interested in their research results given the alleged superiority of its own science sector.

Recent research conducted by the Czechia-based Association for International Affairs and focusing on the case studies of Austria, Czechia, and Slovakia, documented China’s growing interest in a region of Central Europe that is often dismissed as unimportant for China’s science and technology ambitions, especially in key and emerging technologies. Contrary to this assumption, over the course of the past 15 years, the numbers of Chinese PhD students enrolling in Central European universities and research centers in science, technology, engineering, and mathematics (STEM) subjects has continually increased.

Similarly, data-mining of open source databases revealed that between 2006 and 2021 a number of research outputs produced by scientists from Central European countries received funding from China. In Austria, 685 research outputs declared exclusive funding from Chinese sources. In Czechia, there were 203 such outputs, and 41 research outputs were produced by Slovak researchers with the help of Chinese funding. The most frequent research topics supported by Chinese funding did, indeed, correspond to China’s priority areas in key and emerging technologies.

Dozens of Chinese funding agencies at both the national and provincial levels have provided funding for these scientific projects. Interestingly, one of the research outputs also declared funding from the Central Military Commission, the highest Chinese national defense organization in charge of the overall administration of armed forces, which is chaired by Xi Jinping. Several research projects focusing on the material properties of various alloys were also financed by the Thousand Talents Program, a recruitment scheme targeting foreign academics and researchers in priority areas.

The study shows that China has noticed the existence of pockets of research excellence in various regions, including in Central Europe. Perhaps more alarmingly, however, it also revealed a lack of awareness of Chinese technology priority areas and the Chinese government’s appropriation techniques on the part of local universities, research centers, and individual researchers.

While the Defense of Democracy package may not be a silver bullet, it could represent a further step in addressing the question of knowledge security at a European level. In drafting the package, a few ideas come to mind.

It is necessary to ensure that any actor-agnostic regulations for safeguarding trusted research and knowledge security do not obscure the specific challenges connected with China’s activities. China’s global reach, far-reaching goals, increasingly revisionist agenda, and the nature of its political regime make it a risk and a challenge like no other, one that deserves special attention reflected in an actor-specific approach.

In designing and reevaluating research funding schemes, European countries and their national agencies should not take for granted that European (or their allies’) financial resources are the only game in town. Especially in the field of emerging technologies, research funding needs to ensure that the most promising activities stay European. This consideration may inform the debate on the de-bureaucratization of the system of funding for European science.

Last but not least, any measures targeting higher education institutions and research centers have to be designed with the aim of bringing research institutions on board as collaborative partners and stakeholders. While it is in their interest to act responsibly, credibly, and transparently, the higher education institutions and research centers quite often lack the experience and human and financial resources to identify and safeguard their “crown jewels.” In all processes, they should be supported by national administrations financially and legally and should not just be on the receiving end of various regulations; instead, they should be seen as active partners, contributing to the agenda.

Thus, any measures designed to increase European knowledge security would have to find the right balance between punishments and inducements. Addressing the research centers and universities with sticks would only open the window for more Chinese carrots.