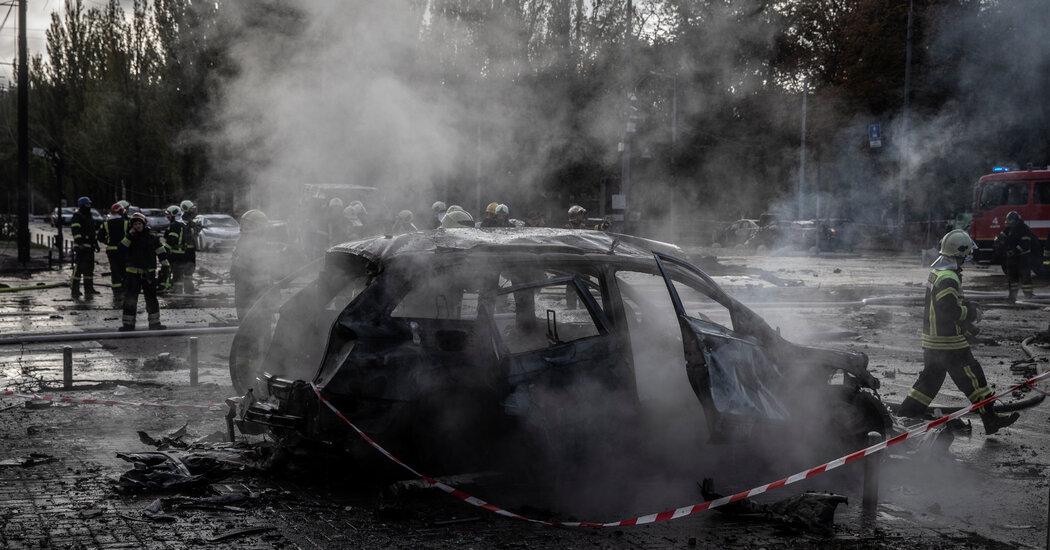 NEW DELHI — India and China, two powers that have offered Russia some relief in the face of Western sanctions, expressed concern after the deadly missile strikes across Ukraine on Monday and renewed calls for de-escalation and dialogue.

Mao Ning, a spokeswoman for China’s Foreign Ministry, told a press briefing that “all countries deserve respect for their sovereignty and territorial integrity” and that “support should be given to all efforts that are conducive to peacefully resolving the crisis.”

Arindam Bagchi, the spokesman for India’s Ministry of External Affairs, said New Delhi would offer support for efforts to calm the fighting.

“India is deeply concerned at the escalation of the conflict in Ukraine, including targeting of infrastructure and deaths of civilians,” Mr. Bagchi said.

As the war in Ukraine has dragged on, President Vladimir V. Putin’s continued aggression has put his remaining allies in a difficult position. China and India have increasingly sought to distance themselves from the Russian leader, even as they have avoided directly condemning his invasion of Ukraine and continued to engage with Moscow economically — especially by purchasing more Russian oil as Europe has moved to reduce its imports.

At a summit in Uzbekistan last month that was meant to be a show of force for Mr. Putin, the Russian leader acknowledged that President Xi Jinping of China had raised “questions and concerns” about the war. India’s prime minister, Narendra Modi, was more public and direct, describing how the war has exacerbated challenges for developing countries. He told Mr. Putin at the summit that their meeting would be “a chance to discuss how we can move forward on the path of peace.”