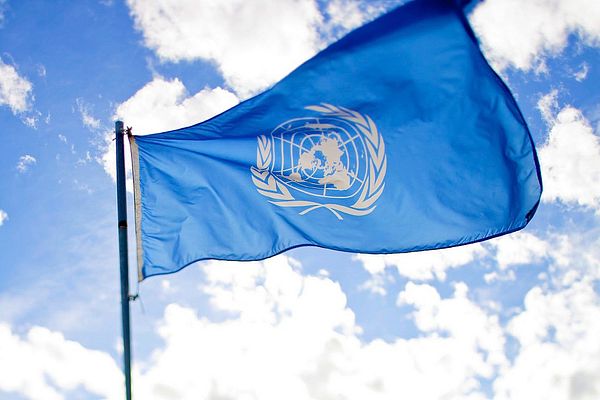 In a close diplomatic victory for China, the United Nation’s top human rights body on Thursday voted down a proposal from Britain, Turkey, the United States, and other mostly Western countries to hold a debate on alleged rights abuses against Muslim Uyghurs and other ethnic minorities in China’s western Xinjiang region.

At the 47-member state Human Rights Council, 17 countries voted in favor, 19 were against, and 11 abstained in a vote to hold a debate on Xinjiang at its next session in March. The vote amounted to a test of political and diplomatic clout between the West and Beijing, and would have marked the first time that China’s record on human rights would merit a specific agenda item at the council.

The result, prompting a smattering of applause in the chamber, followed days of diplomatic arm-twisting in Geneva and in many national capitals as leading Western countries tried to build momentum on a report from former U.N. human rights chief Michelle Bachelet’s office, released August 31, which found that possible “crimes against humanity” had occurred in Xinjiang.

A simple majority of voting countries was required.


China locked down “no” votes among its usual allies, plus many African countries and Persian Gulf states Qatar and the United Arab Emirates. Somalia was the only African country, and only member state of the Organization of Islamic Cooperation, to vote “yes.” Turkey is in the OIC, but doesn’t have a council seat right now. Argentina, Brazil, India, Malaysia, Mexico, and Ukraine were among countries that abstained.

The make-up of the council rotates among U.N. member states each year, and China — a powerful country with a permanent seat on the Security Council — has never been the subject of a country-specific resolution at the council since it was founded more than 16 years ago.

“It’s always difficult for countries to vote against a permanent member of the Security Council,” said one Western diplomat, speaking on condition of anonymity because of the sensitivity of the matter. He acknowledged it was a “genuinely difficult call” for some countries — notably those with economic or political ties to China — to sign on to the measure.

The proposal just called for holding a debate, with no consistent monitoring of the rights situation, and amounted just about the least intrusive form of scrutiny that the council could seek.

The call stopped short of creating a team of investigators to look into possible crimes in Xinjiang, or appointing a special rapporteur — a tacit acknowledgement by the Western countries that going after increasingly influential China would be a tall order.

Before the vote, Chinese ambassador Chen Xu said Beijing “firmly opposes and categorically rejects” the proposal. He accused Western countries of seeking to turn a “blind eye” to their own issues on human rights and point a finger at others. He insisted that China never gave its support to Bachelet’s report, and warned of a bad precedent.

“Today China is targeted,” Chen said. “Tomorrow any other developing country could be targeted.”

Michele Taylor, the U.S. ambassador, said the request for the debate aimed simply to “provide neutral forum for discussion” that would give China a chance to put its views on record and hear the views of others.

“No country represented here today has a perfect human rights record,” she said. “No country, no matter how powerful, should be excluded from council discussions. This includes my country — the United States — and it includes the People’s Republic of China.”

On Friday, as part of dozens of proposals before the council, member states are also to consider a proposal from 26 European Union countries to appoint a “special rapporteur” on Russia, citing a string of concerns about mass arrests and detentions; harassment of journalists, opposition politicians, activists and rights defenders; and crackdowns — at times violent — on protesters against President Vladimir Putin’s war in Ukraine.

It’s part of a rare push against two permanent members of the Security Council: China and Russia. Some Western diplomats have insisted the two-pronged effort needed attention now.

The council has already commissioned a team of investigators who are looking into human rights violations and abuses in Ukraine following Putin’s order for a military invasion of Ukraine in late February.