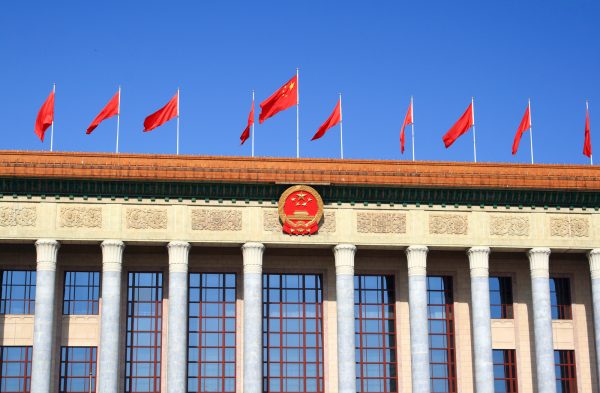 Ahead of the Chinese Communist Party (CCP)’s 20th National Congress, which opens on October 16, there is much speculation about who will be appointed to China’s top governing roles. Of particular interest is the seven-member Politburo Standing Committee (PSC), where Beijing’s most important directives, decisions, and deals are made.

But political forecasting is a dicey business. Eurasia Group founder Ian Bremmer once remarked that political science is “bad at prediction” yet can “limit the realm of scenarios.” In that spirit, I will refrain from making a firm prediction and instead present several potential scenarios.

In this first of two pieces, I set out an upside case whereby turnover norms for the PSC are largely upheld.

What Are the Turnover Norms?


Since 2002, no PSC member has been reappointed at age 68 or beyond, or retired at age 67 or younger (the so-called “seven up, eight down” rule). New PSC entrants almost always come from the wider 25-member Politburo, where retirement has likewise been enforced at age 68 (though some officials have retired early, unlike in the PSC). In addition, a provisional rule issued in 2006 stipulates that officials should stay no longer than two five-year terms in a single position.

For Xi Jinping (69) to win a third term as party general secretary would appear to violate those norms. However, his continuation in power seems less unusual when he is treated as the general secretary, rather than an ordinary PSC member (see Ling Li’s recent explanation in her recent cover article for The Diplomat Magazine). Most of Xi’s five predecessors as paramount leader were reappointed to a leadership role on the PSC after they had turned 68. (Only Hu Jintao and the quickly ousted post-Mao leader Hua Guofeng were not.)

For ordinary PSC members, the age norms are clearer. Assuming these are upheld, Li Keqiang (67) and Wang Yang (67) should both stay on the PSC, as should Wang Huning (67) and Zhao Leji (65). But Li Zhanshu (72) and Han Zheng (68) should both retire, vacating two PSC spots. As Jonathan Brookfield has suggested, the top two candidates for those vacancies are Hu Chunhua (59) and Chen Min’er (62), given their seniority on the Politburo and factional ties.

We can only speculate how norm-based turnover would shape the specific party and state roles that make up the PSC. Li Keqiang has already stated that he will not serve another term as premier of the State Council, which will be made official at the National People’s Congress (NPC) in March 2023. Wang Yang, though older than Li, could succeed him, albeit for a single term. And though unorthodox, Li could accept demotion to a lower-ranking PSC office like chairman of the NPC.

Xi would no doubt prefer to install one of his own allies as the next premier, rather than yet another rival from the Tuanpai or Youth League Faction. But none of Xi’s Politburo allies have the prerequisite vice premier experience. Unless that requirement or other norms are broken, Wang and Hu are the only eligible candidates. And the elderly PSC incumbent Wang seems like a more palatable option for Xi than a rising star like Hu.

That would leave Hu as the prime candidate to become executive vice premier in 2023 (and perhaps to succeed Wang as another single-term premier in 2028). The remaining three PSC roles would be divided among Wang Huning, Zhao Leji, and Chen Min’er, likely in order of seniority. These projections are summarized below.

What Would This Mean for Politics and Policy Direction?

This scenario has several implications. First, it would be a “best” case for the CCP’s institutional evolution, because it would show that recent PSC retirement norms remain effective. This setup would also appear to reinstate the erstwhile norm of anointing two future leaders. Specifically, Chen and Hu would be positioned as the only clear candidates to become CCP general secretary and State Council premier in 2027-28, because of their relative youth among PSC members. In the scenario above, no one else would be eligible to remain on the PSC come 2027.

Second, this scenario would demonstrate that there are limits to Xi’s personal power. Almost half of the PSC would be made up of Tuanpai rivals (Wang Yang, Li Keqiang, and Hu), with only two clear Xi allies (Zhao and Chen). There would be no room for other Xi confidants like Li Qiang (63), who has suffered a loss of prestige following Shanghai’s COVID-19 mismanagement. (It is possible, however, that the PSC could be expanded to, for example, nine members; the committee’s size has fluctuated through the years.)

Finally, this upside case could swing the balance of the PSC in favor of pro-market reform voices, namely Wang Yang, Li Keqiang, Hu, and Chen. Could their majority – coupled with an inflow of technocrats into the wider Central Committee – effect a change of direction on the economy, towards greater liberalization and pragmatism?

Unfortunately, there are reasons to doubt the likelihood of this trajectory. Consider that market reformists like Li and outgoing Vice Premier Liu He have held key governing roles for the last decade, yet their presence has done seemingly little to prevent the shift to an economic policy defined by “politics in command” under Xi Jinping.

But China’s leader is now faced with the most precarious economic conditions during his decade in power. It is those conditions, more than politics, that could ultimately empower the pro-market reformers. And if that happens, it will amount to a major loss of face for Xi and his state-led vision for the Chinese economy.

This is just one possible future, however. In my next piece I will outline the opposite scenario, where norms are scrapped in favor of Xi’s consolidation of control.