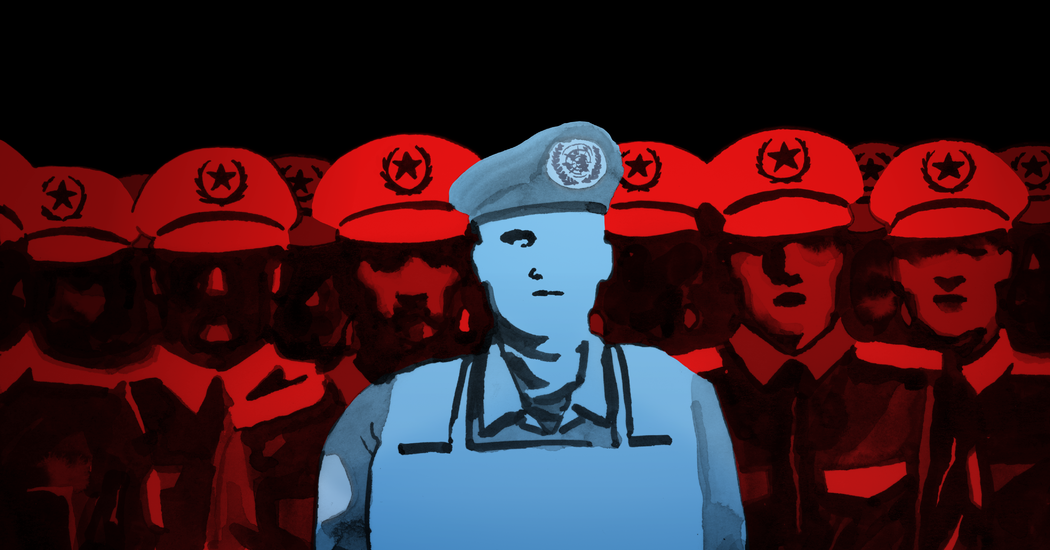 Horrifying allegations poured out: children separated from parents, Uyghurs punished when relatives spoke out overseas, women forcibly sterilized or sexually abused and what the U.N. report called an “unusual and stark” decline in Uyghur birthrates. In leaked documents on the Xinjiang crackdown, President Xi Jinping called in 2014 for “absolutely no mercy.”

Denying abuses, China sought to prevent global action. The U.N. human rights chief Michelle Bachelet repeatedly postponed publishing the investigation and during a visit to Xinjiang in May recited Chinese talking points. Her office released its report just minutes before her four-year term ended at midnight on Aug. 31, allowing her to avoid addressing its findings, and broke with precedent by refraining from recommending further international action.

The foot dragging hasn’t stopped there.

Despite condemning Russia’s invasion of Ukraine and human rights abuses in Myanmar, Iran and elsewhere, the U.N. secretary general, Antonio Guterres, has been largely silent on the Xinjiang report, omitting it from a Sept. 20 address to the General Assembly in which he lamented other rights abuses around the world. Volker Türk, who will replace Ms. Bachelet in October, has likewise not yet indicated any plans to follow up.

This is deeply concerning because, for all its defects, the United Nations plays a crucial role in protecting human rights.

Before the world body was founded after World War II, no international framework existed for addressing the ethnic cleansing, mass murder, colonial brutality and other human rights abuses that states routinely committed, often against their own people.

U.N. founders absorbed the grim 20th-century lessons of two world wars, tens of millions of deaths and the Holocaust, realizing that protecting human rights was essential for world peace. Nazi Germany was viewed as proof that political repression often precedes the rise of belligerent regimes.

The United Nations Charter embraced human rights, resulting in 18 international treaties that obligate signatories to protect everything from free expression to children’s rights. Human rights crises are frequently addressed by the Security Council, which can refer them to the International Criminal Court when international crimes are suspected. Following up on findings of violations often clashes with geopolitical and economic realities, but human rights finally have a seat at the table of world politics.