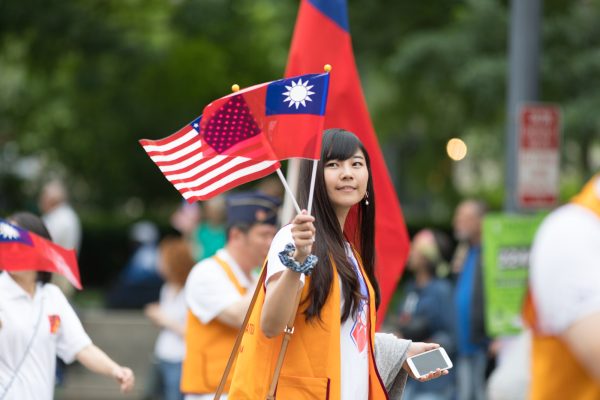 To repeat a cliche, U.S. President Joe Biden has turned America’s decades-old policy of “strategic ambiguity” over whether it would defend Taiwan in the event of a Chinese invasion into one of “strategic unambiguity.” He has said on several occasions that the U.S. would, in fact, militarily come to Taiwan’s defense. He was asked the same question earlier this month. He replied: “Yes, if in fact there was an unprecedented attack.”

The German Marshall Fund’s latest Transatlantic Trends survey, released on Thursday, makes for depressing reading if you’re sitting in the Oval Office, and especially if you’re sitting in Taipei. Amongst the 14 Western countries surveyed, the clear preferred option in the event of a Chinese invasion of Taiwan was diplomacy and sanctions. An average of 35 percent of respondents support their countries only taking diplomatic measures; 32 percent want joint economic sanctions.

All of which, one might assume, implies there is almost no desire from Westerners to fight for Taiwan, even to help the Taiwanese defend themselves. For objectivity, this survey has to be compared with others. A poll released last year by the Chicago Council found that 52 percent of American respondents favor using U.S. troops to defend Taiwan if China were to invade, the highest level ever recorded since the think tank began asking this question in surveys in 1982.


What explains this vast disparity? I’m no statistician, but my guess is the different way the two surveys framed their questions. In the Chicago Council poll, which found most Americans support sending troops to help Taiwan, respondents were asked a binary yes-no question: “Would you favor or oppose the use of U.S. troops if China invaded Taiwan.” In the Transatlantic Trends, which found just 7 percent of Americans support sending troops, respondents were given a list of five choices to the question: “If China invades Taiwan, do you think your country should…” Given that most respondents said diplomacy or sanctions, and an average of 2 percent supported sending troops, it would appear that the Western public (as would be the case for Western governments) is more averse to militarily helping Taiwan when allowed to consider other options. When given a choice between diplomacy and sanctions or sending your own kin to help defend a distant island, most Westerners seem happier with the easier option. Maybe their governments will, too.

The response amongst Southeast Asians also warrants attention. No one expects the region’s governments to help defend Taiwan, but their opinions are informative, not least because of just how momentous a Chinese invasion would be for the region. (Say goodbye to the South China Sea and “hedging” if Chinese troops occupy Taipei.) The Democracy Perception Index, published in June by Latana and the Alliance of Democracies Foundation, asked respondents: “If China started a military invasion of Taiwan, do you think your country should cut economic ties with China?” Indonesians were in the top three national groups that wanted to maintain ties. A net majority of respondents from all six Southeast Asian states surveyed said their government should maintain economic relations in the event of an invasion. Filipinos were nearly divided on the question.

The question, though, is what to do with these public surveys. One conclusion is that Americans and Europeans have almost no desire to help defend Taiwan in any military sense. This could be considered a fait accompli; that’s the opinion of the populations of countries who could help defend Taiwan, and those opinions won’t be changed. It’s a pity that we have so few surveys from past years about public opinions on a possible Taiwan war. The German Marshall Fund’s Transatlantic Trends survey for 2021, for instance, didn’t ask this question. In fact, it’s rather suggestive of the argument I’m about to make that this topic has hardly ever been asked by pollsters in the West or in Asia before 2022. That’s because, it seems, the world has only suddenly woken up to China’s threat to Taiwan over the past 12 months or so. More problematic, the public in the West and Asia still seems to be very ill-informed about the stakes of this possible conflict.

A Pew Research Center survey conducted in March asked Americans which of several scenarios would be a problem for the U.S. Some 78 percent of respondents said tensions between China and Taiwan, but that was a smaller percentage than those who said, for instance, economic competition with China or China’s policies on human rights. Granted, the percentage of Americans who reckoned tensions between China and Taiwan was a “very serious problem” for the U.S. increased by 7 percentage points from a survey conducted a year earlier, up to 35 percent from 28 percent. However, Pew Research has tended to find that few Americans care about the Taiwan crisis. A survey conducted in 2015 found that Americans reckoned tensions between China and Taiwan were the least serious problem in U.S.-China relations. And Americans in this year’s survey still thought China’s human rights policy was a more serious problem for the U.S. than China’s tensions with Taiwan, which speaks of willful ignorance about just how catastrophic a Taiwan Strait crisis would be not just for the U.S. but for most of the world.

But an alternative conclusion is that, if Biden does indeed want to help defend Taiwan militarily, he’d either be taking an immensely unpopular decision or that his government needs to do a better job (starting now) of explaining to the American public why he would need to take that decision. And, indeed, why this issue matters to them. Taiwan, too, needs to work harder to convince the Western public why its fate matters to them. If the surveys I’ve referenced can be trusted, there is scant recognition in the West of just how catastrophic a Chinese invasion of Taiwan would be for the global economy and for post-Cold War geopolitics. And if Westerners, on average, want their governments to better arm Ukrainian forces (as surveys suggest) to defend liberal democracy, they should want to help defend a thriving Asian democracy, too. Arguably, defending democratic Taiwan from an authoritarian invader is just as important for international liberal values as defending democratic Ukraine from an authoritarian invader.

For Southeast Asian governments, who might seem distant in this story, another conclusion can also be drawn. Those contesting China’s claims in the South China Sea, chiefly Vietnam and the Philippines, have partly built their strategy on the belief that the U.S. and other Western military power would come to their assistance in the event of a Chinese attack. But if the Western public has little appetite to help Taiwan, which is far more economically important to the West than the features in the South China Sea, it’s hard to imagine they’d be more supportive of assisting Southeast Asian claimants. Unfortunately, there doesn’t appear to be any survey of Western public opinion on whether they’d support sending troops or weapons to help Vietnam or the Philippines (a U.S. treaty ally) if China attacks. The surveys on Taiwan ought to be a warning.