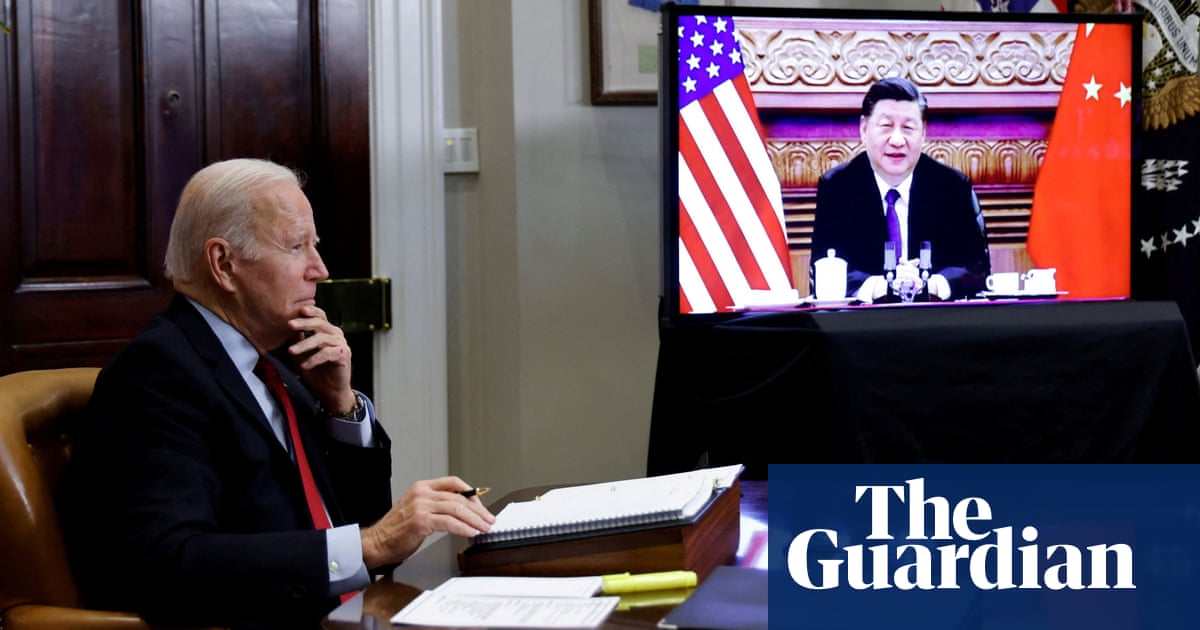 Joe Biden has cautioned against the reported trip to Taiwan next month by the House speaker, Nancy Pelosi, saying the US military had assessed “it is not a good idea right now”.

The Financial Times reported earlier this week that Pelosi would lead a delegation to Taiwan in August to show support for the democratically ruled island, which Beijing claims is a breakaway province. The trip was initially scheduled for April but was postponed due to Pelosi testing positive for Covid at the time.

“Well, I think that the military thinks it’s not a good idea right now,” said Biden on Wednesday of the reported trip, which Beijing said would cause further damage to the bilateral relationship. “But I don’t know what the status of it is,” the US president added.

Biden’s comments came as he is scheduled to speak to his Chinese counterpart, Xi Jinping, by the end of the month. The call will be the two leaders’ first in four months. Analysts said Biden and Xi would discuss issues ranging from Taiwan to Russia’s invasion of Ukraine.

On Wednesday, the Central Intelligence Agency’s director, Bill Burns, said China was “unsettled” when looking at Russia’s five-month-old war in Ukraine, which he characterised as a “strategic failure” for Vladimir Putin as he had hoped to topple the Kyiv government within a week.

Speaking at the Aspen Security Forum in Colorado, Burns played down speculation Xi could move on Taiwan after a key Communist party meeting later this year, but added: “I wouldn’t underestimate President Xi’s determination to assert China’s control” over self-ruling Taiwan.

Burns said: “Our sense is that it probably affects less the question of whether the Chinese leadership might choose some years down the road to use force to control Taiwan, but how and when they would do it.”

He said China was believed to have observed from Ukraine that “you don’t achieve quick, decisive victories with underwhelming force.

“I suspect the lesson that the Chinese leadership and military are drawing is that you’ve got to amass overwhelming force if you are going to contemplate that in the future.”

China has probably also learned it has to “control the information space” and “do everything you can to shore up your economy against the potential for sanctions”, he added.

Burns, in line with previous US assessments, said the US did not believe Beijing was offering military support to Russia despite rhetorical backing. He said China had stepped up purchases of Russian energy but appears careful about not incurring western sanctions.

China considers Taiwan to be part of its territory awaiting reunification, by force if necessary. In 1949, China’s defeated nationalists fled to Taiwan after losing the civil war on the mainland. The island has since developed into a vibrant democracy and leading technological power.

Speaking at the same forum in the Rocky Mountains, China’s ambassador to the US, Qin Gang, said Beijing still preferred “peaceful reunification”. But he accused the US of supporting “independence” forces in Taiwan, where President Tsai Ing-wen has asserted the island’s separate identity.

Qin said: “No conflict and no war is the biggest consensus between China and the United States.” But the US is “hollowing out and blurring” its stated policy of recognising only Beijing, he said, adding: “Only by adhering strictly to the one-China policy, only by joining hands to constrain and oppose Taiwan independence, can we have a peaceful reunification.”

Under a law passed by Congress when Washington switched recognition from Taipei to Beijing in 1979, the US is required to provide weapons to Taiwan for self-defence.

Biden said in May the US was ready to use force to defend Taiwan from a Chinese attack, appearing to shed the long-held US ambiguity on whether it would engage militarily, although the White House quickly back-pedalled on his comments.