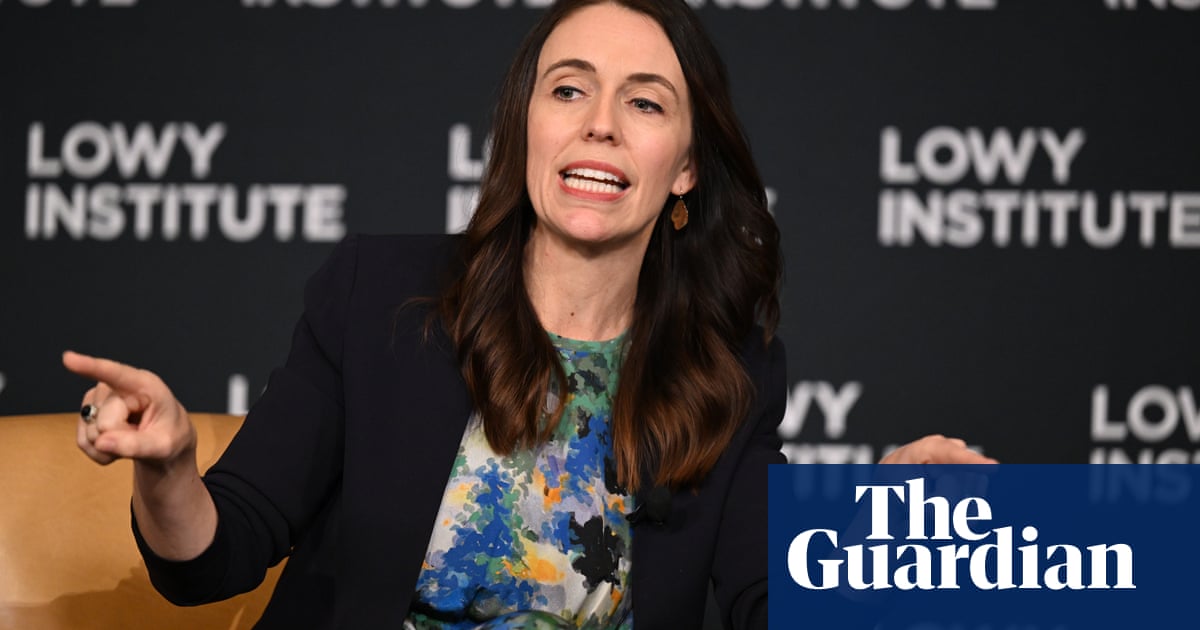 The world is “bloody messy” but must take a step back from polarisation and black-and-white approaches to conflict, Jacinda Ardern has said in a wide-ranging speech in which she addressed the war in Ukraine and rising tensions with China.

In a speech to foreign policy thinktank the Lowy Institute in Sydney, the New Zealand prime minister decried Russia’s “morally bankrupt” war in Ukraine – but also argued against the hardening of alliances, saying that the war should not be presented as a conflict of “democracy v autocracy” or be seen as an inevitable direction for other tensions between competing nations.

“In taking every possible action to respond to Russia’s aggression and to hold it to account, we must remember that fundamentally this is Russia’s war,” she said.

“And while there are those who have shown overt and direct support … who must also see consequences for their role, let us not otherwise characterise this as a war of the west vs Russia. Or democracy v autocracy. It is not.

“Nor should we naturally assume it is a demonstration of the inevitable trajectory in other areas of geostrategic contest.”

While Ardern cited Belarus as an example of a country that had shown Russia support, her comments also gestured at China’s failure to condemn Russian aggression, and the prime minister dedicated much of her speech to the question of China’s role in the Indo-Pacific, again arguing against hardening alliances, and calling for dialogue and cooperation.

“In the wake of the tensions we see rising, including in our Indo-Pacific region, diplomacy must become the strongest tool and de-escalation the loudest call. That won’t succeed, however, if those parties we endeavour to seek to engage with are increasingly isolated and the region we inhabit becomes increasingly divided and polarised,” Ardern said.

Over the past year, New Zealand has come under pressure to clarify its position on China’s increasingly muscular presence in the Pacific, particularly after Beijing signed a secretive bilateral security pact with Solomon Islands, and sought a regional agreement with other Pacific nations.

New Zealand has made some incremental shifts toward its harder-line western partners, including joining the US-driven Blue Pacific pact, and joining UK military exercises in the South China Sea. But New Zealand – which is heavily reliant on China for trade – is still trying to walk a middle road, with Ardern saying it would seek to cooperate with Beijing on shared interests, and emphasising Pacific nations’ right to make autonomous decisions on their partners and allies.

“Even as China becomes more assertive in the pursuit of its interests, there are still shared interests in which we can and should seek to cooperate,” she said.

“The honest reality is that the world is bloody messy. And yet, amongst all the complexity, we still often see issues portrayed in a black and white way,” she said. “We must not allow the risk of a self-fulfilling prophecy to become an inevitable outcome for our region.”

She also called for countries not to become myopically focused on military security, and miss the major threat that climate change and economic fragility posed to the Pacific.

“While we all have a concern – and rightly so – about any moves towards militarisation of our region, that must surely be matched by concern for those who experienced the violence of climate change,” she said.

“What happens in the Indo-Pacific Region impacts our entire neighbourhood. It follows that we must strengthen the resilience of the Indo-Pacific through relationships, and importantly, economic architecture.”

As she charted New Zealand’s approach to trying to pursue “independent foreign policy” as a small player in an intensely pressured environment, Ardern re-articulated the country’s commitment to multilateral institutions – but also reflected on their recent failures. There was “no better example of that than the failure of the UN to appropriately respond to the war in Ukraine because of the position taken by Russia in the security council”, she said, describing it as “a morally bankrupt position on their part, in the wake of a morally bankrupt and illegal war”.

Ardern is visiting Australia on the tail end of a trip to Europe, where she spoke at the Nato summit, finalised a free trade agreement with the EU and held a series of bilateral talks with leaders including Boris Johnson. In Australia, she will hold further talks with her counterpart Anthony Albanese that are expected to include conversations about China, the challenge of climate change in the Pacific, trade between the two countries and the rights of New Zealand citizens residing in Australia.