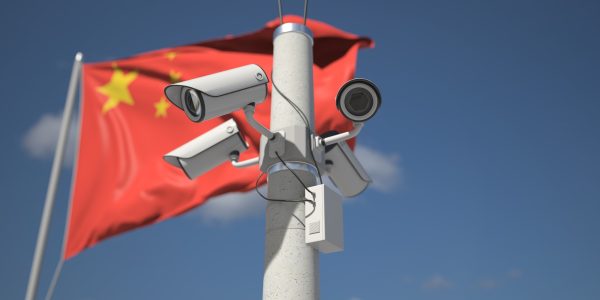 While countries in North America and Europe are gradually lifting pandemic restrictions, vaccine passports, and COVID testing requirements, China continues to implement relatively strict measures to eliminate COVID-19 cases within its borders, despite the World Health Organization warning that such an approach is unsustainable. Through harsh lockdowns and stringent testing requirements in multiple regions of the country, China racked up high economic costs and severe impacts on its residents’ livelihoods in the first half of 2022.

The COVID-zero strategy that China implements relies on a digital identification: the health code. Documenting one’s contact information, identity, and recent travel history, the health code has become mandatory for any individual to enter stores, take public transportation, or even go home. The code is categorized into three colors: red, yellow, and green. If a user has received a negative COVID-test result within 48 or 72 hours, they will be given a green health code. On the contrary, government authorities will track down those with a yellow or red code for further quarantine or other restrictive measures.

Chinese government authorities justify the parole-style pandemic management policies with the argument that such measures are necessary for the public’s interests. Yet those claims are significantly undermined by recent acts in Henan province. Local government authorities abused the health code system by issuing red codes to protesters whose bank deposits were frozen and protesters angry about an unfinished construction real estate project.

Responding to criticism, local government authorities disciplined five individuals, including four government officials. Yet the disciplinary measures are not sufficient to appease the public’s concerns. In contrast, individuals convicted of forging health codes could receive life sentences or the death penalty, depending on the severity of their actions. The privacy concerns of health codes remain unacknowledged and unaddressed.

Chinese government officials intend to solve the issue by blaming local officials for abusing their power, a timeworn tactic. However, the legitimacy of the health code, its effectiveness, and the lack of protection of individual privacy and sensitive information are the real issues in question.

It is not the first time that government authorities arbitrarily utilized the health code for non-public health reasons. Media reports indicate that the Chinese government stopped human rights lawyers from their travel plans by issuing those individuals red health codes in 2021.

The health code is only one of the surveillance technologies adopted by the Chinese government. The latest visual investigations from the New York Times revealed additional technologies used by government authorities that collect data on individuals’ faces, voices, and other biometrics and genetic information. The investigation also detailed the Chinese police’s effort to select spots to set up cameras to capture pictures of individuals on public streets.

The government authorities framed those measures as policies to combat crime and improve public safety, yet numerous examples show the system may not be as effective as advertised. The presence of cameras and monitoring technologies does not prevent crimes from happening. In June 2022, a group of men with prior criminal records brutally assaulted four women after sexually harassing one of the victims in a restaurant in the city of Tangshan. The pervasive cameras did not stop the suspects from fleeing to other provinces before getting arrested days later.

Instead of protecting the public from crimes, the surveillance system is used to incriminate protesters and political dissidents. In September 2020, local police authorities in Inner Mongolia published a WeChat article seeking help to identify individuals who protested against the sidelining of traditional Mongolian language in schools. Surveillance cameras captured their faces, and the police were using those images to go after the protesters.

Four years ago, I wrote about the Chinese government surveillance system in Xinjiang and further pointed out the applications of mass surveillance programs in more places in China. With more reports from notable media outlets such as the New York Times and news events on the abuse of the health code, those past predictions have become a new reality for most Chinese residents. Government entities take advantage of those technologies for political gains and oppressing dissidents, with few requirements and compliance measures on transparency and accountability.

The COVID-19 pandemic accelerated the Chinese government’s push to invest in mass surveillance technologies. From security cameras and facial recognition to health codes tracking personal behavior, average residents are tracked by a government with unchecked and unlimited power.

With minimal accountability for the surveillance system, the Chinese government surveillance measures impose serious risks on both personal privacy and civil liberties. More importantly, those technologies limit people’s ability to express dissent or raise their issues and concerns. In recent years, those political red lines have become tighter and tighter. As China becomes more authoritative in its governing strategy, it will rely on those monitoring technologies to closely watch its residents.