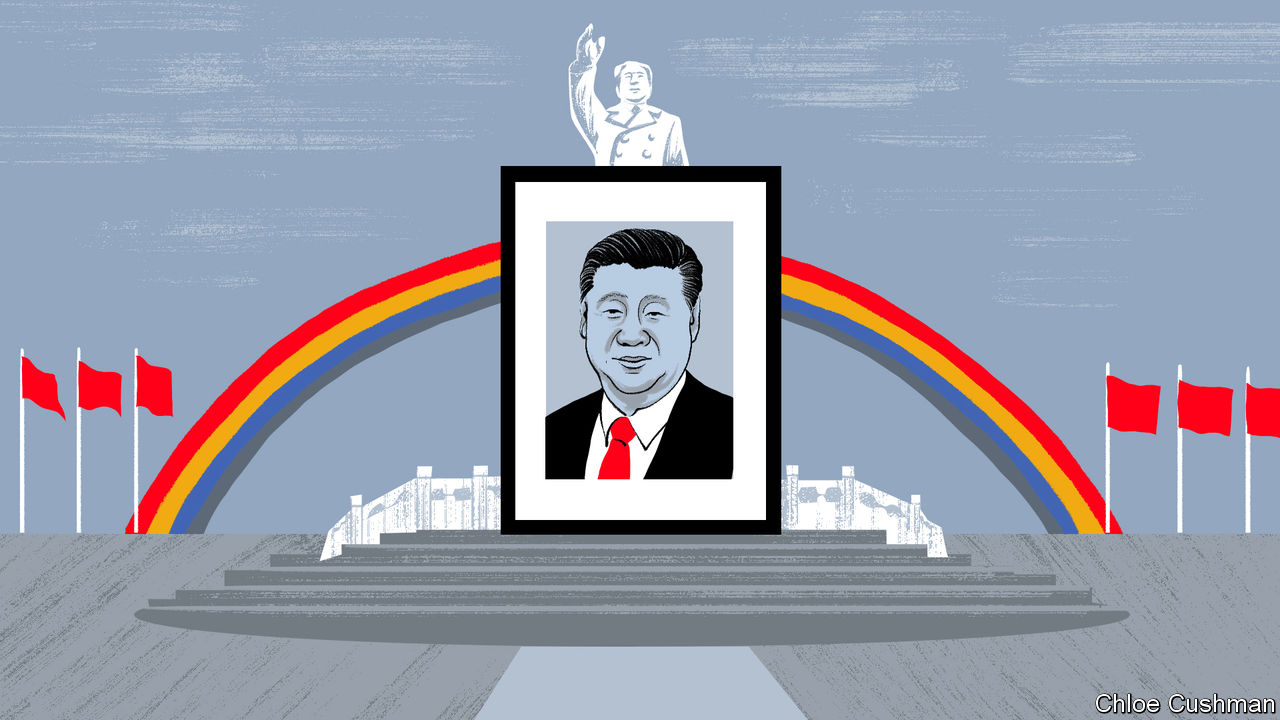 To grasp the dire state of political debate in modern China, consider this: there are reformist speeches by Deng Xiaoping, the late paramount leader, that could easily be banned by censors today. A good example is Deng’s speech on the benefits of collective leadership of the Communist Party and Chinese state, delivered in August 1980 as he moved against veterans of the recently ended Mao era and replaced them with modernisers.

Deng was a party man, not a dissident. A ruthless, battle-hardened revolutionary and nationalist, he backed those reforms that promised to make one-party rule and the economy work better, and thus strengthen China. Still, when re-read in 2022, his speech on the reform of party and state leadership sounds like a cry of dissent. For it is a cogent argument about why it is folly, given China’s history, to hand too much power to one person.

Later this year President Xi Jinping is expected to secure a third term as party chief and with it personal authority of a sort last enjoyed by Chairman Mao Zedong. At preparatory meetings nationwide, provincial party bosses are busy declaring fealty to the “two establishes”: clunking party-speak for establishing Mr Xi as the core of the party leadership and for establishing Xi Jinping Thought as China’s guiding ideology. Such Mao-era titles as “helmsman” are being dusted off. Party newspapers talk of living through an era whose greatness is signalled by the emergence of Mr Xi, a man of “outstanding leadership and majestic personality”.

Deng explained four decades ago why such developments are dangerous. His speech in 1980 drew on fresh memories of the Mao years, a cruel time of policy blunders and man-made famines, political purges and a personality cult that only ended with the despot’s death in 1976. It opens with four principles. First, he warned against excessive concentrations of power. Next, noting the limits to any one person’s knowledge, experience and energy, Deng counselled against handing two or more jobs to the same individual: a bitter joke in a China in which Mr Xi is party boss, military chief, head of state and chairman of numerous policymaking bodies. Third, Deng called for a clearer distinction between the political-oversight role of the party and the technocratic work of the government: a principle increasingly trampled since 2012, when Mr Xi took over and reasserted party authority over institutions of state. Fourth, Deng backed the promotion of younger officials to prevent succession crises. Mr Xi turns 69 this month and has no named heirs. For good measure, Deng denounced fawning praise that implies that “history is made by a few individuals”, a notion that he called not very Marxist (a fair argument, given Marx’s focus on the large economic and social trends that shape events).

On one point, Deng seemed to concur with his present-day successor, when he warned in 1980 against “factionalism”, recalling the destructive infighting of the late Mao period. Mr Xi’s first decade as chief has seen ever-stricter party rules against “cliques and cabals” and the disparaging of leaders’ policies. Discipline has been reinforced by a years-long anti-corruption campaign. It has seen millions of party members and officials of all ranks investigated, ostensibly for graft and immorality but with notably harsh prison sentences for grandees who challenged or criticised Mr Xi. Last month the party announced, in effect, a ban on grumbling, with retired senior members forbidden to make “negative political speeches” or comment publicly on important policies.

Mr Xi’s silencing of dissent is more ambitious than anything his predecessors attempted. For decades after Mao’s death, party chiefs hailed the wisdom offered by “collective leadership” while denouncing “factionalism”. But in fact they knew, and tacitly accepted, that these are two aspects of the same phenomenon, argues Olivia Cheung of the University of London’s School of Oriental and African Studies, author of an elegant new research paper: “Factional model-making in China: party elites’ open political contention in the policy process”. The paper sets out how national leaders governed by balancing rival factions. In turn, norms emerged that allowed elders to show disdain for mainstream party policies without crossing a line into open revolt. By way of a case study, the paper describes a procession of party elders, retired generals and Mao family members who between 1990 and Mr Xi’s elevation as leader visited Nanjie, a village in the central province of Henan that rejected land reforms to become a collective again. Their visits indicated disquiet over the party’s embrace of capitalism and were welcomed by Nanjie’s politically savvy leaders. Now, bowing to the times, the village calls itself part of Mr Xi’s nationwide campaign of rural-poverty alleviation, even if it is still festooned with posters of Mao, Stalin, Lenin and Marx. Factional signalling by leftists and others was annoying to previous leaders, but had its uses. Mr Xi’s ban on grumbling is really a ban on informal ways in which elders talked to one another, says Ms Cheung. Without informality, the party risks becoming an echo chamber.

Where are the safety valves?

Chinese politics is often simplified into a saga of a few clashing personalities. That misses the extent to which Mr Xi presides over a sprawling political machine, powered by competing interest groups. He has dismantled safety valves that allow that machine to vent internal pressures, says Jude Blanchette of the Centre for Strategic and International Studies, a think-tank in Washington. Such pressures have not gone away: Mr Blanchette is intrigued to see Deng’s speech from 1980 being posted on Chinese social media. That is not evidence that Mr Xi faces a coup, despite recent speculation about rifts at the top. It is a reminder that he is not guaranteed a successful third term, not least because unhappy Chinese bureaucrats are masters at foot-dragging. Understanding such dangers, Deng in 1980 declared: “No leading cadre should hold any office indefinitely” (before retaining supreme power for himself). It would be a brave elder who quoted his words today. ■

Read more from Chaguan, our columnist on China:
China’s intergenerational divide (May 28th)
Covid shows that in China, politics matters more than pragmatism (May 21st)
China builds a self-repressing society (May 14th)