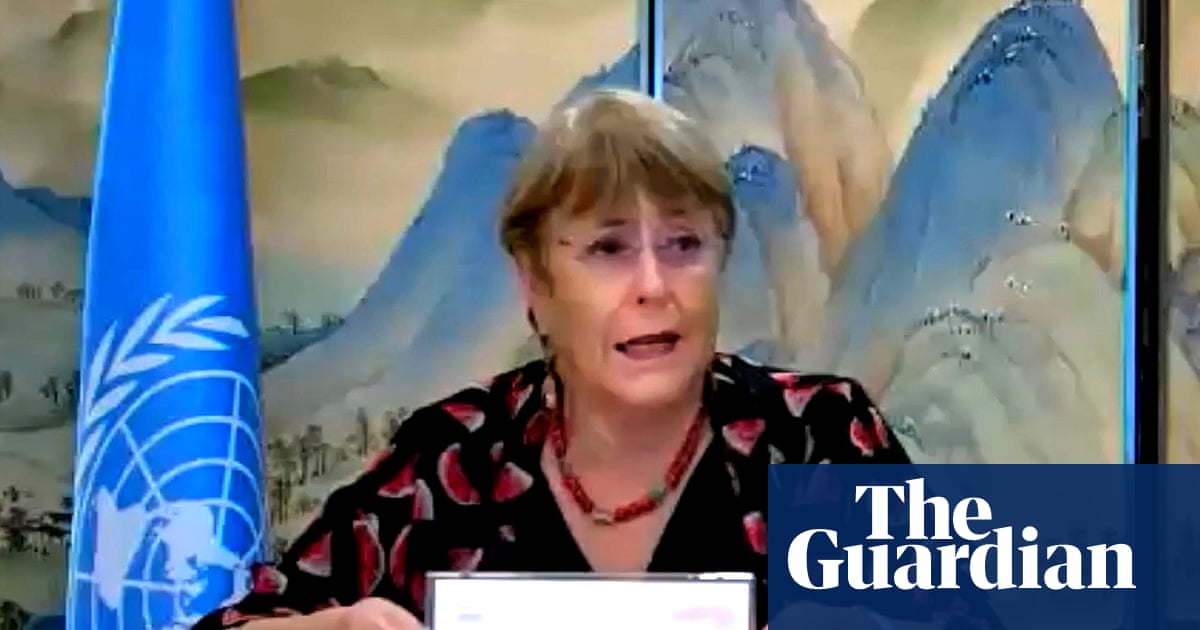 Pressure to release a long-awaited Xinjiang report is mounting on the UN’s rights head, as her recent six-day visit to China left activists, western governments and commentators unsatisfied.

The report, which Michelle Bachelet said was being finalised late last year, is believed to contain evidence of China’s alleged human rights abuses of its Uyghur ethnic minority group in Xinjiang.

In a press conference on Saturday, Bachelet promised to “follow up” on instances of China’s human rights abuse, calling for the authorities in Beijing to review their counter-terrorism policies in the Uyghur minority region. She also appealed for information about missing Uyghurs.

But her diplomatic dance with one of the UN system’s most significant stakeholders drew the ire of western governments. The US said China had “restricted” and “manipulated” Bachelet’s visit, while the UK’s Foreign Office vowed to increase international pressure on China to “immediately cease its appalling human rights violations in Xinjiang, and release those unjustly detained”.

Activists accused Bachelet – who herself is a survivor of torture in her native Chile – of “diminishing” the credibility of her office and called her visit “a betrayal”.

Rayhan Asat, an Uyghur advocate and human rights lawyer whose brother is jailed in Xinjiang, said: “The majesty of her role as the UN human rights commissioner is to document atrocities and produce the findings that galvanise the international community to stand up for the impacted community.

“Bachelet should release the report immediately. I’m hoping this is her second chance to set the record straight.”

“This is the factual basis that would have significantly strengthened her hand going into her China visit, and that now is critical to reinstating the urgent priorities of justice and accountability,” she said. Since last year, Richardson has been on Beijing’s sanctions list for her advocacy work.

The call to release Bachelet’s report on Xinjiang has also been echoed by European governments from Britain to the EU.

“We look forward to the high commissioner’s long-awaited report on the situation in Xinjiang,” the Foreign, Commonwealth & Development Office (FCDO) said in a 30 May statement in response to Bachelet’s visit.

The EU’s foreign affairs spokesperson said the bloc “encourages the office of the UN high commissioner for human rights to release the already announced, remote-monitoring report on the human rights situation in Xinjiang as a matter of priority”.

Immediately after Bachelet’s visit, her report has become the political hot potato that put the former Chilean president under the spotlight.

Beijing accused London, for example, of “colluding” with the US in criticising China on its human rights record. The Chinese government has also consistently denied detaining and torturing its Uyghur population, calling the accusations “lies of the century”.

Bachelet’s office has been contacted by the Guardian for comments on her recent China visit as well as on the timetable of the report’s release.

It is not immediately clear what Bachelet had discussed with the Chinese government during her meetings with the officials.

Senior Chinese officials said her visit was an opportunity “to observe and experience first-hand the real Xinjiang” – a line that led activists to fear Beijing was capitalising on her visit for propaganda purposes.