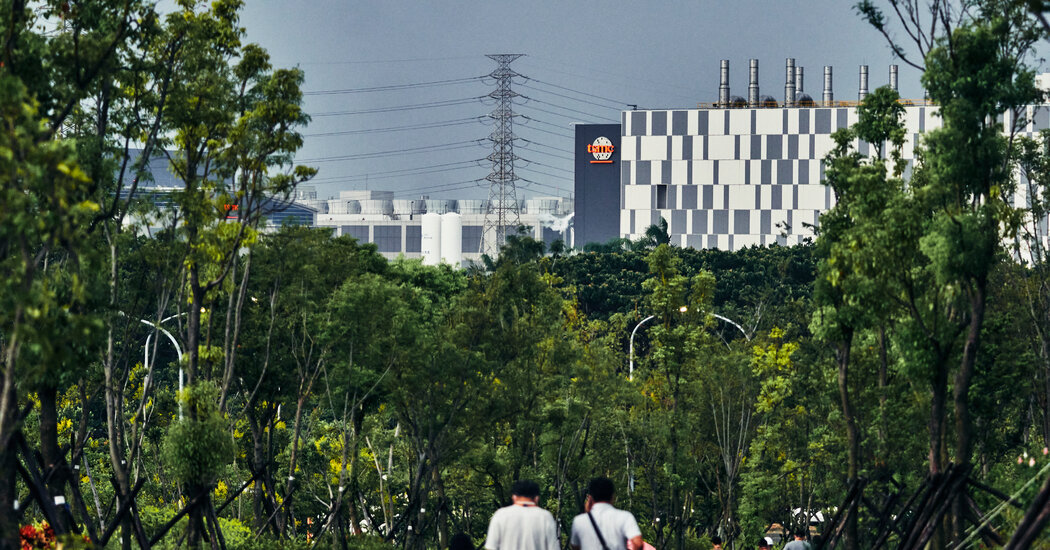 WASHINGTON — The Biden administration on Wednesday said that it would pursue negotiations to strengthen trade and technology ties with Taiwan, a move that is aimed at countering China’s influence in the Asia-Pacific region and one that is likely to rankle Beijing.

The announcement follows the Biden administration’s efforts to build an Asia-Pacific economic bloc, known as the Indo-Pacific Economic Framework, that includes 13 countries and excludes Taiwan.

China claims the island, a self-governing democracy that is critical to global technology supply chains, as an incontestable part of its territory.

While Taiwan expressed interest in becoming a full member of the Indo-Pacific framework, that prospect was deemed too controversial by many participating countries.

The talks with Taiwan will cover many of the same issues as the framework, from digital trade to reducing red tape for importers and exporters. U.S. officials said the talks, the first of which will be held in Washington at the end of June, would focus on a variety of issues, including opening up trade in agriculture and aligning technological standards.

Several topics of the discussion are clearly aimed at addressing mutual complaints over Chinese trade practices. U.S. officials said they would work with Taiwan to eliminate forced labor in global supply chains and develop provisions to compete with nonmarket practices from state-owned enterprises.

Negotiations will happen along two tracks, with the United States trade representative handling trade issues and the Commerce Department in charge of technology and investment, including coordination on export controls and measures to secure semiconductor supply chains.

“Taiwan is an incredibly important partner to us, especially as it relates to semiconductors,” Gina Raimondo, the commerce secretary, said in a briefing Tuesday, adding, “We look forward to continuing to deepen our economic ties with Taiwan.”

Taiwan has long pushed for deeper trade ties with the United States. In 2020, it eased restrictions on imports of U.S. beef and pork in an effort to entice the United States into formal negotiations. The following year, the United States and Taiwan resumed some trade talks despite Beijing’s opposition.

Since then, a global shortage of semiconductors, among Taiwan’s most valuable exports, has further increased the island’s strategic importance.

Because the Biden administration’s negotiations with Taiwan would not include so-called market access provisions that require changes in U.S. law, the administration does not anticipate needing congressional approval for any agreement, senior officials said, though they added that they would continue to consult with Congress on the process.

Given Taiwan’s contested status, the two sides will also meet unofficially and under the auspices of the American Institute in Taiwan, which is the de facto U.S. embassy in Taipei, and the Taipei Economic and Cultural Representative Office, which represents Taiwan in the United States in the absence of diplomatic recognition.

Senior U.S. officials said in a call with reporters Tuesday that while they didn’t include Taiwan among the initial members negotiating the Indo-Pacific Economic Framework, going forward they intended to take a flexible approach to participation.