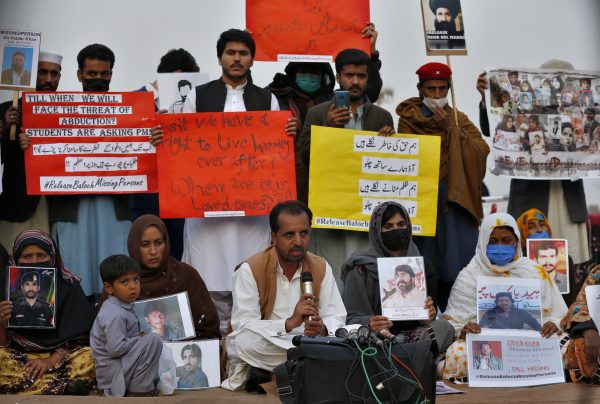 While Western analysts see the Belt and Road Initiative (BRI) as the centerpiece of China’s political and economic power projection abroad, China promotes it as a gamechanger for the economic development of the Global South. Departing from both perspectives, we illustrate that China’s institutional approach to largely work with regimes in power, which often comprise the majority ethnic group, unintentionally aggravates ethnic tensions in the host country.

This can be seen in the case of the China-Pakistan Economic Corridor (CPEC), a flagship project of the BRI connecting China to Gwadar port on the Indian Ocean. Gwadar happens to be located in Balochistan, the largest province of Pakistan and home to violent insurgencies. There are total 42 projects in CPEC across multiple sectors. Only nine projects have been completed so far, all in the energy sector.

China and Pakistan have boasted about their bilateral relations as “rock-solid and unbreakable.” Indeed, the military establishment controls the foreign policy of Pakistan, so the changing civilian governments do not have a major impact on relations with China. However, due to the ineptness of Imran Khan’s regime in Pakistan, disagreement on the roadmap between two countries, and political fragility, CPEC has faced significant slowdowns in the past four years.

But CPEC also faces a more immediate threat, in the literal sense. On April 26, three Chinese teachers were killed in a suicide attack near the Confucius Institute of the University of Karachi. The attack was claimed by a separatist group, the Baloch Liberation Army. It was the first suicide attack by a Baloch woman.


This tragic incident was one of many attacks targeting Chinese workers by Baloch insurgent groups since the inception of CPEC. Balochistan shares a disproportionate burden of CPEC projects, providing 62 percent of the land, including the Gwadar coastline, but it receives the least benefits from the endeavor. Out of the $62 billion projects, Balochistan gets only 4.5 percent of the budget. In contrast, the comparatively developed eastern rim of the country, the provinces of Sindh and Punjab, get the most lucrative highways and projects through CPEC.

The unjust distribution of burdens and benefits is fueling social unrest among the people of Balochistan. They have long been campaigning against the exploitative policies of the federal government, which they say benefit other provinces at the cost of Balochistan’s population.

For example, as Rafiullah Khan wrote for The Express Tribune, “Out of the $21 billion worth of ‘priority energy projects,’ there is only one project in K-P [Khyber Pakhtunkhwa] (worth $1.8 billion) and two in Balochistan (worth $1.3 billion).” Political parties from Balochistan and Khyber-Pakhtunkhwa assert that while their resources are being used, the benefits accrued go mainly to the other two provinces from this multi-billion-dollar project.

Pakistan leased Gwadar port to a Chinese state-owned company for 40 years, promising that Gwadar port city would become the Singapore of Pakistan. But the people of Balochistan are blaming the Chinese for food, water, and electricity scarcity. In recent months, thousands of people participated in protests against the water and electricity shortages amid the detention of Chinese illegal fishing trawlers in nearby waters, perceived as a threat to the livelihoods of locals.

Instead of an inclusive political solution to these grievances, the state authorities have tried to curb the campaigns through a harsh crackdown under the garb of national security, further alienating the ethnic Baloch.

The Pakistani state authorities have responded to the CPEC-linked social unrest with increased hostility and human rights abuses. Amnesty International reported enforced disappearances targeting students, activists, journalists, and human rights defenders in Balochistan, calling it part of widespread, systematic attacks directed against the civilian population of Balochistan and a violation of international human rights law. Last year, Frontier Corps soldiers killed a Baloch student, Hayat Baloch,  in front of his parents, which sparked countrywide protests. Most of these enforced disappearances and extrajudicial murders happen under the pretext of national security.

Pakistan accepted China’s investment in the hopes that it would bring economic prosperity. Balochistan’s inequitable share in this project and the resulting worsening insurgency in Balochistan are major roadblocks to this goal. Baloch nationalists view the project with suspicion; they fear a higher volume of outsiders will change the demographics, making them a minority in their own province. Baloch insurgent groups see CPEC as an imperialist endeavor and want to oust the Chinese investors. Terrorist groups are increasing attacks on CPEC’s Chinese workers to pressure them into leaving Balochistan. CPEC has thus further aggravated the ethnic grievances and led to increased tensions between the federal and provincial government.

The Council of Common Interests, a constitutional body in Pakistan that addresses inter-provincial grievances, can facilitate an inclusive political solution around the equitable distribution of the benefits and burdens of CPEC, acceptable to all stakeholders. A democratic solution for addressing the grievances of the people of Balochistan would require a reduction in the military’s presence in the province and the establishment of an U.N.-monitored truth commission to investigate the grave human rights abuses by state authorities.

CPEC is illustrative of how ethnic tensions among the host country population can easily erupt when BRI projects bring in massive amounts of capital. The BRI’s Chico River Pump Irrigation Project (CRPIP), which is in Kalinga province in the Philippines, illustrates the same issues. Kalinga province is located in the Cordillera Administrative Region (CAR), which encompasses the lands of multiple Indigenous groups across the country. The Kalinga group makes up the majority of the population in the province that bears its name.

As one of the authors wrote in a previous analysis: “The Chico River connects Mountain province, another provincial district within the CAR, to Cagayan province… The CRPIP is designed to provide water to 7,530 hectares of agricultural land in the municipalities of Tuao and Piat, located in Cagayan province, and another 1,170 hectares in the municipality of Pinukpuk in Kalinga province.”

Water from the Chico Pump will “benefit the lowland Filipino landlords and the Filipino farm holders,” according to a political broker in the Philippines. The resources of the Kalingas, one of the most oppressed minorities in the Philippines, will be literally siphoned off to support the interests of the people in power both locally and in Manila instead.

Another case is the Indonesia Morowali Industrial Park (IMIP), a 5,000-hectare fully integrated smelting and manufacturing park in the Central Sulawesi regency. The Tsingshan Holding Group Co., Ltd., the Chinese investor, and Bintang Delapan group, the Indonesian host country partner, comprised the investors of IMIP. IMIP has exploited the ethnic cleavages among its Indonesian work force. For instance, the Torajas, a Southern Sulawesi ethnic group, have been brought in as workers in the smelters. IMIP hired other ethnics groups that do not get along with the Torajas in the adjacent work unit, increasing the hurdle for Indonesian workers to collectively mobilize against IMIP.

In all these examples, the BRI has exacerbated existing ethnic cleavages in host countries, thanks to China’s preference for dealing exclusively with the those who hold positions of power. Analysis of the BRI should go beyond the “debt trap,” geopolitics, or economic spillovers, but also examine the social fissures that emerge from the massive inflows of Chinese capital in host countries.