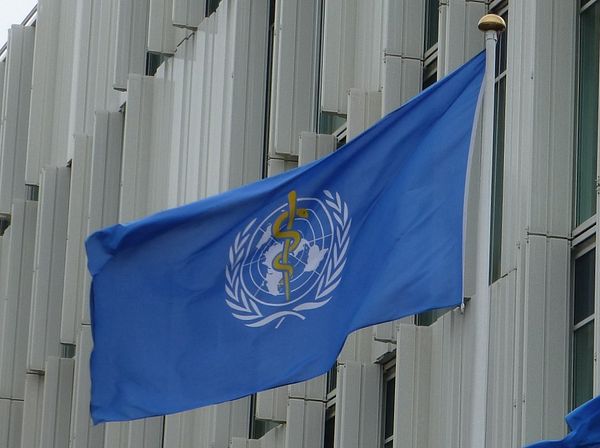 Efforts by Taiwan to seek admittance to the World Health Organization (WHO)’s governing body, the World Health Assembly (WHA), have continued this year. The WHA meets annually in Geneva and this year’s meeting is scheduled to take place from May 22 to 28. However, compared to previous years, the Tsai administration’s efforts at seeking admittance have perhaps been more muted, with the attention of the international community focused on the invasion of Ukraine and other issues, and many nations relaxing COVID-19 measures.

Taiwan took part in the WHA as an observer from 2009 to 2016, when the KMT’s Ma Ying-jeou was president. Since the DPP Tsai administration took power, however, Taiwan has not been allowed to participate in the WHA. In a similar vein, China also refrained from poaching Taiwan’s remaining diplomatic allies when the Ma administration held power, but resumed this when Tsai became president, as a means of pressuring Taiwan and constraining the diplomatic space that Taiwan has.

Taiwan’s push for participation in the WHA this year has seen high-profile support from diplomatic allies. U.S. President Joe Biden recently signed a bill into law that requires the secretary of state to develop a strategy for Taiwan to regain its status as an observer. The bill was signed by Biden after clearing the House of Representatives unanimously, with a vote of 425 to zero, having cleared the Senate last August.

For the second year in a row, Taiwan has received support for its “meaningful participation” in the WHA from the G-7 economies. The G-7 includes not only the United States, which has long been Taiwan’s security guarantor from the threat of Chinese invasion, but Japan, another potential regional bulwark against China. The Tsai administration is currently angling for Taiwan to be admitted to the Japan-led CPTPP, hoping to strengthen economic links with Japan to increase the incentive for Japan to defend Taiwan.


Elsewhere, the Czech Senate passed a resolution calling for Taiwan’s admittance to the WHA as an observer, and the World Medical Association published an open letter urging the same.

In particular, 13 countries that are members of the WHO have submitted a proposal for Taiwan’s inclusion in the global health body. These are 13 out of the 14 countries that Taiwan still maintains diplomatic ties with (the final diplomatic ally is the Vatican, which is not a full member of the United Nations or WHO).

Taiwan is larger in terms of the size of its population and economy than all of its diplomatic allies and primarily maintains ties with them so that they can speak up for its inclusion in international bodies from which Taiwan is excluded. Even as China has sought to pry these diplomatic allies away from Taiwan, the United States passed the Taiwan Allies International Protection and Enhancement Initiative (TAIPEI) Act in 2019 under the Trump administration to dissuade countries from breaking ties with Taiwan.

As in past years, Taiwan will be sending a delegation to the WHA to conduct meetings with allies on its sidelines, despite its exclusion from the organization. This delegation will be led by Deputy Health Minister Lee Li-feng. Prior to COVID, Minister of Health and Welfare Chen Shih-chung was usually sent to Geneva, but since the start of the pandemic, Chen has remained in Taiwan to oversee efforts fighting COVID-19 during the WHA.

For its part, the Tsai administration has acknowledged that the odds of an invitation to the WHA before the summit begins is low.

Support from the U.S. and other G-7 members for Taiwan’s WHA bid is part of the strong level of international support for Taiwan in general, with Taiwan enjoying a higher diplomatic profile than it has seen in decades. In part, strengthened support of Taiwan from Western countries is driven by rising tensions with China.

Taiwan’s international image also benefitted from its early successes fighting COVID-19, allowing the Tsai administration to tout what Taiwan could teach the world in terms of managing the pandemic. Taiwan sought to strengthen ties with other nations through donations of medical supplies, such as medical masks. At the same time, China came under scrutiny as the origin of COVID-19. The 2020 WHA, for example, saw calls for an investigation into the origins of COVID-19 from 62 nations, including all European Union members,

Taiwan seized on the moment to argue for its participation at the WHA, citing not only the lessons that the rest of the world could learn from Taiwan, but the danger of excluding Taiwan from efforts at securing global health.

But this year, even as a campaign to call for Taiwan’s admittance to the WHA began in April, Taiwan did not launch a high-profile social media campaign highlighting the issue, as it did in past years.

Taiwan’s push for admittance to the WHA in 2020 – the first year of the COVID-19 pandemic – was particularly high-profile, for example. That year, the United States began a campaign from diplomatic Twitter accounts calling for Taiwan’s participation in the WHO, entitled “Tweet for Taiwan.” The U.S. Congressional Affairs Committee sent a letter to over 60 countries, calling for support for Taiwan’s participation in the WHO.

Shortly before the 2020 WHA, a clip of WHO deputy director-general Bruce Aylward awkwardly attempting to deflect questions from Radio Television Hong Kong reporter Yvonne Tong about Taiwan’s exclusion from the health body also went viral. WHO director-general Tedros Adhanom Ghebreyesus subsequently lashed out against what he claimed to be a “racist” online campaign from Taiwan directed against him. Responding to Tedros, Taiwanese civil society groups responded by crowdfunding an ad in the New York Times to further call for Taiwan’s admittance to the WHO.

Yet despite the significant international focus on Taiwan’s bid that year, Taiwan eventually voluntarily dropped its bid for participation at the WHA. It is thought that this could have been due to lack of sufficient support among WHO member states for Taiwan, in spite of increased pressure from the United States that year. Ultimately, the question of Taiwan’s admittance to the WHA may not be contingent on support from the United States, the G-7, or other Western countries, due to the internal politics of the organization itself.

Since 2020, Taiwan’s bids for WHO observer status in subsequent years have been decidedly lower profile, even if Taiwan has continued to receive a great deal of international exposure in other ways – as in the increased international discussion of the possibility of a Chinese invasion of Taiwan following the invasion of Ukraine.