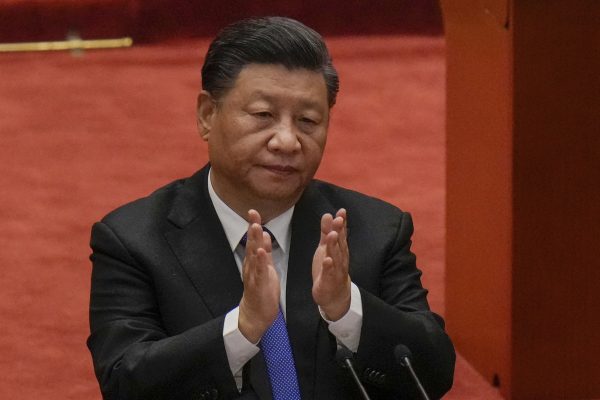 Political legitimacy has always been of paramount concern for rulers of authoritarian regimes. In the case of China, Xi Jinping as the undisputed leader of the Chinese Communist Party (CCP), is cognizant of the fact that  coercion and repression alone are not sufficient to ensure his political survival. Xi needs to prioritize the procurement of political legitimacy with hopes of gaining societal support from China’s populations that will help to perpetuate his long-term political stability.

However, Xi’s quest to attain legitimacy does not seem to be a smooth journey. Based on insights from numerous scholarly and media sources, the CCP’s traditional sources of legitimacy, such as economic-related performance, historical justification, and institutional reforms, have proven to no longer be effective.

Instead, Xi has continuously emphasized his personal charisma. It seems quite apparent that Xi is following the path of his charismatic predecessor, Mao Zedong, by putting his name in the state and party constitutions, eliminating the two-term limit for the presidency, and declaring the third Historical Resolution.

The problem for Xi is that his actual achievements as a core leader of the party are far inferior to those of Mao, thus making Xi’s charismatic legitimacy impoverished. To fill this gap and put himself on a par with Mao, Xi needs to generate an indisputable outcome that even his powerful predecessor could not achieve: Taiwan reunification. This ultimately bears crucial implications for future cross-strait relations.


Lack of Worthy Sources of Legitimacy

Many experts have analyzed how different CCP leaders in the post-Mao period made good use of performance-based sources to procure legitimacy. These leaders strategically capitalized on remarkable economic-related performances, such as fostering high annual GDP growth. However, the continued use of economic performance as a source of legitimacy may become problematic during Xi Jinping’s reign. First, as a country develops, it is more challenging to accomplish a certain level of economic growth. For example, achieving double-digit GDP growth rates is increasingly difficult nowadays compared to the 1980s. Moreover, the ongoing China-U.S. trade war and the COVID-19 pandemic will continue to have negative consequences on China’s economy both in the short and long term. Accordingly, World Bank estimates show that China’s annual growth was around 2.3 percent at most during the pandemic.

In the post-Mao era, Deng Xiaoping started to emphasize historical justification as a source of legitimacy. The CCP has made use of a “heavily tailored, state censored, and one-sided history that depicts the CCP as righteous, saint-like, and free from any wrongdoings.” However, such historical evaluation is becoming less effective as more and more Chinese citizens attain overseas education and the technological know-how to surpass the Great Firewall to access non-censored information. A huge proportion of the Chinese population remained uneducated with an illiteracy rate as high as 80 percent in the late 1970s. However, by 2021, the illiteracy rate was drastically reduced to less than 3 percent. Given the large proportions of the Chinese population that are now educated, literate, less gullible, and more critically wired, Xi Jinping will find it difficult to resort to only rhetoric and appealing promises.

Xi has implemented positive institutional reforms during his tenure. Specifically, Xi doubled down on the fight against corruption, promoted greater information transparency, eliminated extreme poverty, and upgraded channels for deliberative democracy, all of which are designed to improve the lives of ordinary citizens. His ambitions for institutional reform, however, cannot serve as a stable source to maintain political legitimacy. Taking a critical stance on fighting against corruption is somewhat self-defeating. By detecting many corruption cases, Xi Jinping can advertise his regime as a clean and honest one. At the same time, it is also a signal that the CCP, as a whole, is corrupt and incapable of selecting trustful officials. Likewise, when the CCP decides to be transparent in its information disclosures and allows deeper deliberative participation from citizens, that may generate not only supportive citizens but also highly critical ones.

In essence, Xi Jinping is suffering from legitimacy malaise, whereby he finds himself struggling to find a credible source that he could capitalize upon to generate adequate legitimacy.

Max Weber’s three types of legitimate rule stipulate that a politician’s charisma is one strong source of legitimacy. Since 2012 when Xi took the role of CCP general secretary, the highest post in China, Xi has unceasingly emphasized his “core role” in the party. Xi successfully enshrined “Xi Jinping thought” into the CCP and PRC constitutions in 2017 and 2018 respectively. In 2018, he abolished the two-term limit for the president of China. Equally as important is Xi’s role in writing the third Historical Resolution, which was adopted by the CCP leadership in 2021. The previous two resolutions had been passed by the two most revered leaders in CCP history: Mao Zedong and Deng Xiaoping.

The above actions are largely perceived as Xi’s deliberate attempts to enhance legitimacy through his charisma. Xi hopes to portray himself as a charismatic leader of China whose contributions to the country are extraordinarily sacred, exceptional, and heroic in nature. However, Xi’s foundation of charismatic legitimacy is not as strong as that of Mao and Deng. In the Historical Resolution, Xi boasted of his achievements, but the content of Xi’s historical legacy is not as impactful as that of Mao and Deng. Unlike Mao and Deng, whose historical resolutions exhibited how they had successfully overcome major threats to the party and country, Xi makes no mention of any concrete resolution of a life-wrecking crisis other than China’s contribution to solving the COVID-19 situation through extensive vaccine diplomacy.

Why the “Taiwan Card” Is Especially Attractive to Xi

Xi must look elsewhere for a historic achievement to cement his legacy, and he may have found his answer. In many speeches, especially after 2019, Xi has continuously emphasized China’s indispensable role to bring Taiwan back to its motherland, and further linked reunification with his overarching goal of “national rejuvenation.”

There are several reasons for Xi to look toward the “Taiwan card” as a solution to resolve his legitimacy malaise. First, Xi can assign an unequivocal legitimating character to reunification with Taiwan. While his other achievements are invisible, reunification is unambiguous, concrete, and goal-oriented. For example, most ordinary Chinese citizens would not come close to knowing whether Xi’s corruption campaign was truly effective, as the whole process is kept highly secretive. Therefore, it is not surprising that over 60 percent of the Chinese population still believes that corruption is still a major problem in China.

On the other hand, Taiwan reunification is historically a shared aspiration among all the Chinese people. Throughout all rungs of the Chinese societal structure, regardless of ordinary citizens or government officials, all are strongly supportive of the idea of reunifying Taiwan back into the mainland. The phenomenon of Chinese people viewing Taiwan’s reunification as their core mission is not surprising, given that every CCP leader has aspired to it throughout  the PRC’s history. Even both Mao and Deng, whose ranks Xi is trying to join, failed to realize the achievement of reunification in their lifetime.

As such, in the eyes of Xi, Taiwan reunification thus becomes an extremely potent and worthy source to confirm his charismatic legitimacy. During the 19th Party Congress in 2017, the CCP under Xi’s administration made the first initiating move by setting out to achieve the reunification of Taiwan before 2049. If Xi were to successfully achieve these goals, it would evince a strong message to the Chinese showing that Xi, as the leader of CCP, could be well trusted to deliver its promises.

On the other hand, Xi is aware that failure in delivering on such promises could generate widespread frustration among the citizen masses, which would have a significant delegitimizing effect on him.

Implications for the Future Cross-Straits Relations

Taiwan is a perfect panacea for Xi’s legitimacy malaise. Successful reunification would not only enhance his right to rule the country but also put him on a par with or even higher than Mao and Deng. Without it, his political status would be jeopardized due to his attempt to prolong his tenure permanently. This rationale gives Xi a strong motivation to annex Taiwan.

If that is the case, whether Xi would choose to utilize peaceful or coercive methods, or even a mixture of both, to pursue Taiwan reunification remains unknown. However, one thing is certain: Future cross-strait relations are likely going to trend toward a pessimistic path. While Xi urgently needs the “Taiwan card” to overcome his legitimacy malaise, Taiwan, on the other hand, would expend all its efforts to prevent Xi from achieving unification, which has little public support among Taiwanese. This dynamic will inevitably intensify antagonism between Xi and his Taiwan counterparts, thereby making Taiwan Strait a potential hotbed for political confrontation.