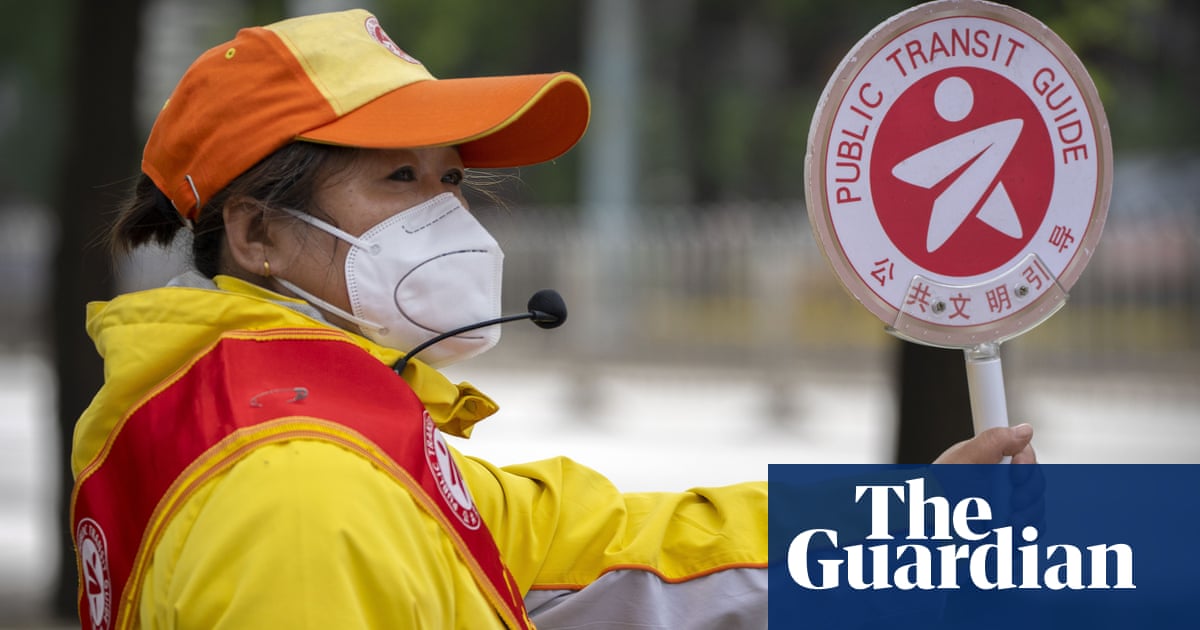 The lifting of zero-Covid policies in China would see a “tsunami” of infections and almost 1.6 million deaths, a study claims, citing in part China’s low vaccination rate of elderly residents.

China’s government remains committed to a zero-Covid policy, employing resource intensive mass testing and case surveillance, and enforcing lockdowns, strict quarantine and isolation. A speech last week by the president, Xi Jinping, reaffirmed the commitment, despite the challenge posed by the Omicron variant which has already overwhelmed other countries’ zero-Covid policies.

The peer reviewed study by Shanghai’s Fudan University, published in the Nature journal, said a decision by Chinese authorities to lift such measures could see more than 112 million symptomatic cases of Covid-19, five million hospitalisations, and 1.55 million deaths.

“We find that the level of immunity induced by the March 2022 vaccination campaign would be insufficient to prevent an Omicron wave that would result in exceeding critical care capacity with a projected intensive care unit peak demand of 15.6 times the existing capacity,” the paper said.

However it also said that with access to vaccines and antivirals and “maintaining implementation of non-pharmaceutical interventions”, authorities could prevent the health system being overwhelmed. It suggested these factors could be more of a focus in future policies.

While the government message is that the zero-Covid policy will prevail over the highly transmissible variant, health officials have said they cannot open up now because vaccine coverage is insufficient and health resources too uneven across the country.

Health experts agree, but China analysts are also concerned the authorities have backed themselves into a corner with no political exit ramp for the policy without admitting failure.

Case numbers are dropping in China but remain spread across multiple provinces. On Wednesday authorities reported 1,905 cases including 302 symptomatic. The bulk of cases are still being found in Shanghai, which has been under lockdown for more than two months.

On Tuesday authorities announced new guidelines for people to home quarantine. Part of the change specified that among other requirements, the homes must have ventilation and drainage systems that “won’t contaminate those of other households”, a report in the Global Times said. Other requirements include separate bathrooms and bedrooms, and the ability to care for oneself – in line with home isolation arrangements in other countries.

However the prospect of allowing some asymptomatic people and close contacts to stay home has ignited debate among epidemiologists and health officials, and comes in stark contrast to the enforcement of measures on the ground, especially in Shanghai. Since Xi’s speech last week, enforcement in the city appears to have hardened further. Social media is awash with videos of health workers and police officers in full protective equipment zealously enforcing regulations.

There appears to be growing frustration with how the rules and regulations are being enforced, with many questioning how it compares to recent moves by authorities to take people into quarantine facilities if they live on the same or an adjoining floor as a confirmed case. Shanghai authorities on Tuesday said officials were making judgments and risk assessments on a case by case basis.

Another said his girlfriend’s parents were taken away and the whole residence isolated despite them not sharing communal areas with a nearby case.

“My girlfriend’s parents – two veteran party members who have been party members for more than 40 years – can’t help but cry, and they can’t figure out whether there is a unified policy.”

On Tuesday the WHO’s director general, Dr Tedros Adhanom Ghebreyesus, said his organisation did not think China’s zero-Covid policy was “sustainable considering the behaviour of the virus”.

“We have discussed about this issue with Chinese experts and we indicated that the approach will not be sustainable … I think a shift would be very important,” he said.