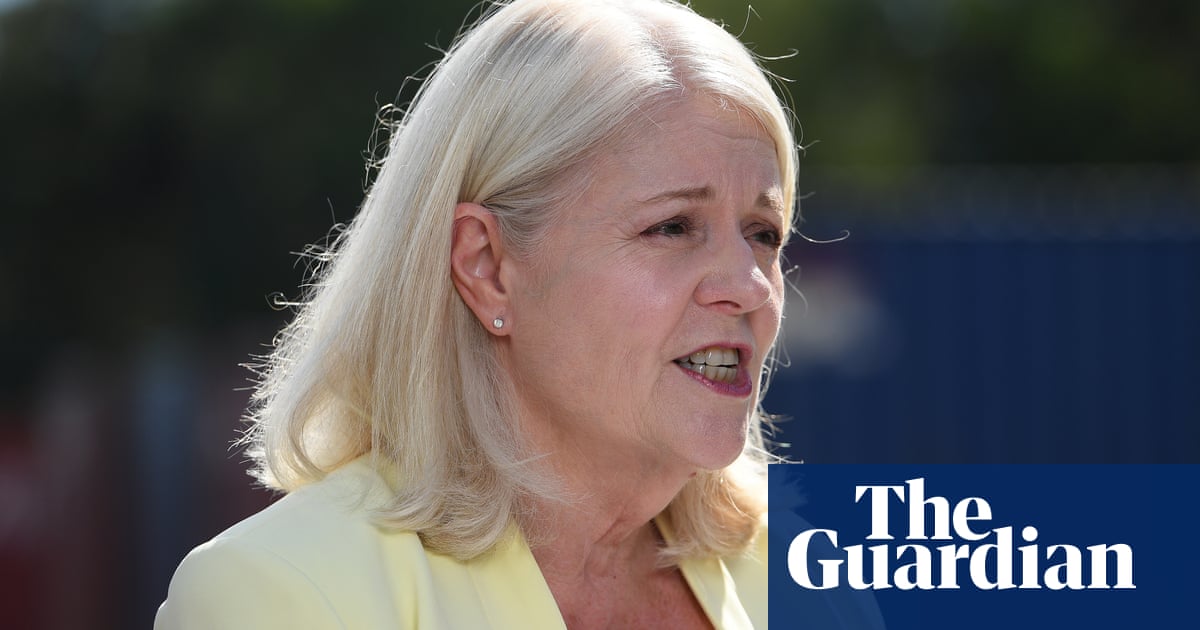 Labor has raised grave concerns about the home affairs minister’s use of “privileged access to intelligence reporting”, after Karen Andrews publicly alluded to a potential attempt by China at interference in the federal election.

The shadow minister, Kristina Keneally, has written to Andrews to remind her of “the vital convention that opposition is briefed on any developing matters of national security” during the election caretaker mode.

The letter, seen by Guardian Australia, was sent after Andrews implied China might have timed the announcement of a security deal with Solomon Islands to influence the Australian election outcome.

“Noting your privileged access to intelligence reporting in your position as home affairs minister, I am gravely concerned by these assertions,” Keneally said in the letter.

“If security agencies have identified an attempt to sway Australia’s elections, Labor should be briefed as a priority,” she said.

“If your comments were speculative and unsupported by intelligence reporting, I urge you to clarify your comments publicly as soon as possible.

Andrews made the comments amid intense focus on whether Australia “dropped the ball in the Pacific” – an issue that has complicated the Coalition’s push to project a strong message on national security before the 21 May election.

Labor has claimed the deal – announced first by a Chinese foreign ministry spokesperson in Beijing last week – represents the biggest Australian foreign policy failure in the Pacific since the second world war.

But the prime minister, Scott Morrison, rejected that argument, saying China was exerting “enormous pressure” on Pacific island countries and did not “play by the same rules as transparent liberal democracies”.

During an interview on 4BC radio on Wednesday, Andrews said that something “we should be at least taking notice of, and paying attention to, is the timing of the announcements and the deals in relation to the Solomon Islands”.

“Beijing is very clearly aware that we’re in a federal election campaign here at the moment and now we have a significant focus on what is happening in the Pacific islands, what China is doing,” Andrews said.

“Now, why now? Why in the middle of a federal election campaign is all this coming to light? I mean, we talk about political interference and that has many forms so I think we need to be very much aware of what Beijing is doing, what its plans are, what it’s trying to achieve.”

Andrews’ comments, while carefully worded and in some cases posed as questions, clearly carried the implication that China may have announced the deal during the election campaign to hurt the Coalition, which has taken a tough line on Beijing.

Some within government are sceptical of that claim, given there are bigger regional factors potentially at play.

Other Australian based analysts, speaking anonymously because of the sensitivity of the matter, said playing into the election might be seen as a bonus for Beijing, but the Chinese government wanted the security agreement and would have pressed on regardless.

A draft of the security agreement was leaked in March and it had been widely reported that Joe Biden’s top Indo-Pacific adviser, Kurt Campbell, was headed to Solomon Islands to directly raise US concerns about the prospective deal. The announcement was made before Campbell arrived in Honiara.

In the interview, Andrews went on to say China “would be absolutely aware of the current members of the ministry, what their behaviour has been in the past, they would be looking at what opposition shadow ministers have said in the past”.

Labor’s defence spokesperson and a former minister for home affairs, Brendan O’Connor, said Andrews was “so out of depth in her security portfolio she’s embarking on flights of conspiratorial fantasy”.

Guardian Australia contacted Andrews’ office to ask whether the minister’s comments reflected assessments or briefings provided by Australian intelligence, whether she wished to clarify her remarks, and whether she would brief the opposition.

The minister has yet to answer those questions. Her office referred the matter to the Coalition’s campaign headquarters, which emailed another copy of the 4BC transcript on Wednesday evening rather than addressing the questions.

The head of Asio, Mike Burgess, has previously told a parliamentary committee that acts of foreign interference “would be drawn to the government’s attention and, during caretaker, be drawn to both parties’ attention”. It is understood Burgess’ intent has not changed.

Earlier, the head of the Office of National Intelligence, Andrew Shearer, denied that an Australian intelligence failure was behind the deal.

He told the Raisina Dialogue in New Delhi on Tuesday that China had long been interested in expanding its presence across the Indo-Pacific.

“I think for those of us watching closely there were signs of this well over a decade ago,” Shearer said.

Morrison last week declined to comment on a report in the Nine newspapers that Australian intelligence may also have played a role in the leak of the draft agreement in March, saying he would “never comment on intelligence matters of that nature”.