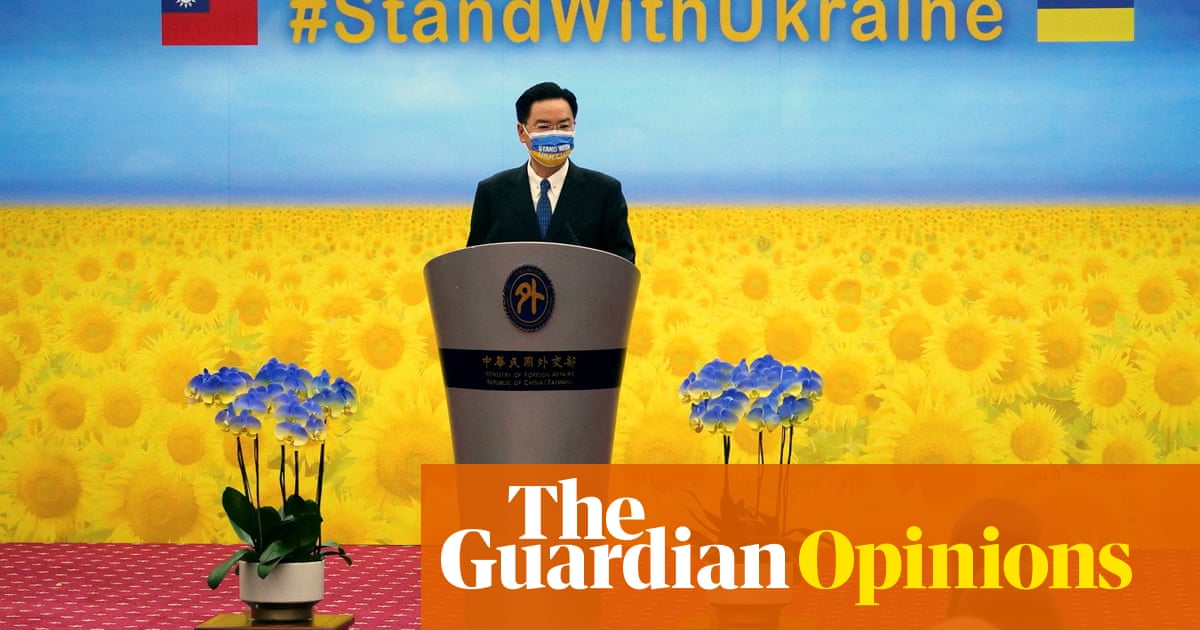 Five thousand miles away from Ukraine, Russia’s invasion is bringing long-term questions into close and urgent focus. Concerns about Taiwan’s future have been mounting for years; in January, Beijing’s ambassador to the US said the issue could bring China and America into military conflict. China’s Communist party has regarded the self-ruled democracy as a renegade province since Chiang Kai-shek’s defeated forces fled there at the end of the civil war in 1949; Taiwan has never declared independence for fear of the reaction, but says it is already a sovereign state. China’s leader, Xi Jinping, appears to see unification as part of a personal mission of national rejuvenation.

The sight of a small democracy fighting off a major military power (or, from the Sino-Russian perspective, of the west exploiting others to undermine their legitimate interests) is sharpening everyone’s thinking. Mr Xi vowed to realise unification through peaceful means in an important speech last October. Though China is Taiwan’s largest economic partner, the island’s 24 million people have never wanted a “one country, two systems” deal, and events in Hong Kong have shown this to be a non-starter. Building up a clear military advantage – forcing Taipei and Washington to eventually bow to the inevitable, without a clash – would still serve Beijing best.

China’s massive expansion of military power, increasingly forceful rhetoric and a record number of fighter jet flights close to the island have rattled nerves. Beijing has also wooed away eight of the 22 countries that still recognised Taiwan diplomatically when Tsai Ing-wen of the Democratic Progressive party first won the presidency in 2016. Yet the International Institute for Strategic Studies says that last year saw the highest level of support for Taiwan since 1971, when it lost its UN seat. Nancy Pelosi was reportedly due to visit this month, before testing positive for Covid. At stake is not only the future of a vibrant democracy but the risk of global economic fallout (the world is heavily dependent on Taiwan for semiconductors), Japan’s potential vulnerability (Tokyo wants to nearly double its defence spending over the next five years), future control over shipping lanes, and ultimately America’s Pacific power status.

Taiwan’s armed forces cannot match Mr Xi’s. The island would be harder to invade and easier to isolate than Ukraine, but the latter’s lessons appear clear: bolster preparations and push for training and arms from elsewhere, with the hope of fending off any invasion for as long as possible. The Taiwan Relations Act of 1979 says Washington will provide the arms needed for self-defence. Despite growing doubts over whether the US can be counted on, a switch from “strategic ambiguity” to clarity – as some advocate – over whether it would come to Taiwan’s defence would prompt a major reaction from Beijing and might not enhance deterrence. But Washington and others should increase support for Taiwan in other ways, carefully assessing the best options.

Some in Beijing had anticipated that it could easily be seized and cowed, with limited international reaction – assumptions shaken by Ukraine. But the western backlash against Moscow may embolden those who believe that waiting will only allow Taiwan to improve readiness and build support. They will also note that backing for the war is strong in Russia, and that China is far better equipped to withstand economic pressure. The risks of sleepwalking into conflict may well be growing – and Ukraine has demonstrated its terrible cost.