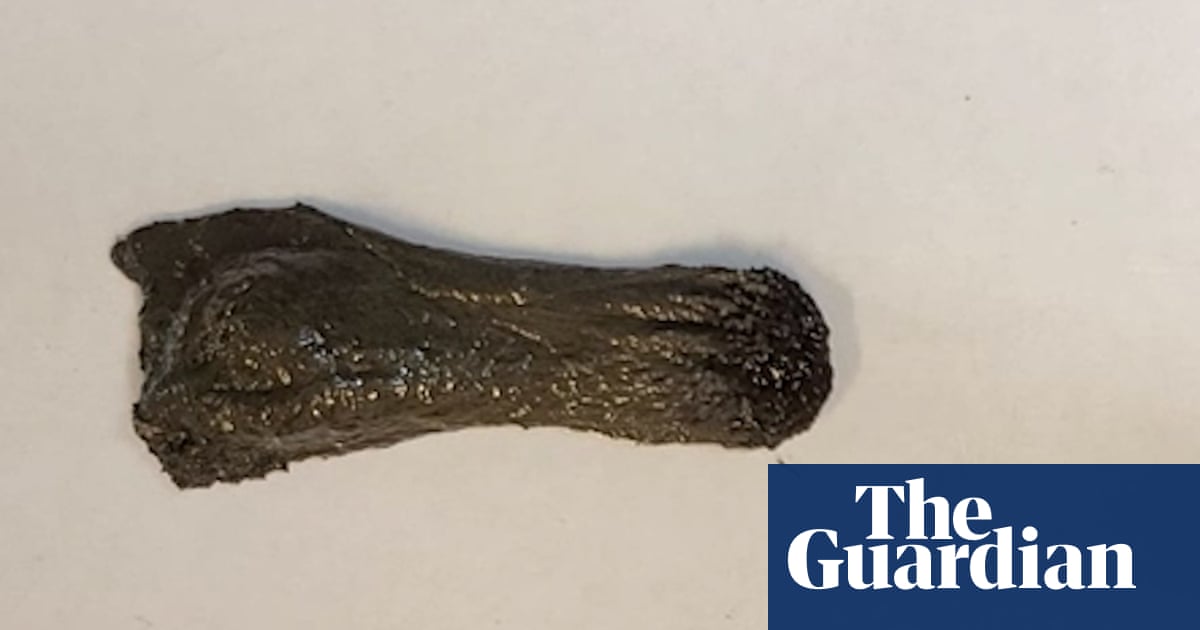 The slime, which is controlled by magnets, is also a good electrical conductor and can be used to interconnect electrodes, its creators say.

The dark-coloured magnetic blob has been compared on social media to Flubber, the eponymous substance in the 1997 sci-fi film, and described as a “magnetic turd” and “amazing and a tiny bit terrifying”.

Prof Li Zhang, of the Chinese University of Hong Kong, who co-created the slime, emphasised that the substance was real scientific research and not an April fool’s joke, despite the timing of its release.

The slime contains magnetic particles so that it can be manipulated to travel, rotate, or form O and C shapes when external magnets are applied to it.

The blob was described in a study published in the peer-reviewed journal Advanced Functional Materials as a “magnetic slime robot”.

“The ultimate goal is to deploy it like a robot,” Zhang said, adding that for the time being the slime lacked autonomy. “We still consider it as fundamental research – trying to understand its material properties.”

It is made of a mixture of a polymer called polyvinyl alcohol, borax – which is widely used in cleaning products – and particles of neodymium magnet.

While the team have no immediate plans to test it in a medical setting, the scientists envisage the slime could be useful in the digestive system, for example in reducing the harm from a small swallowed battery.

“To avoid toxic electrolytes leak[ing] out, we can maybe use this kind of slime robot to do an encapsulation, to form some kind of inert coating,” he said.

The magnetic particles in the slime, however, are toxic themselves. The researchers coated the slime in a layer of silica – the main component in sand – to form a hypothetically protective layer.

“The safety [would] also strongly depend on how long you would keep them inside of your body,” Zhang said.

Zhang added that pigments or dye could be used to make the slime – which is currently an opaque brown-black hue – more colourful.