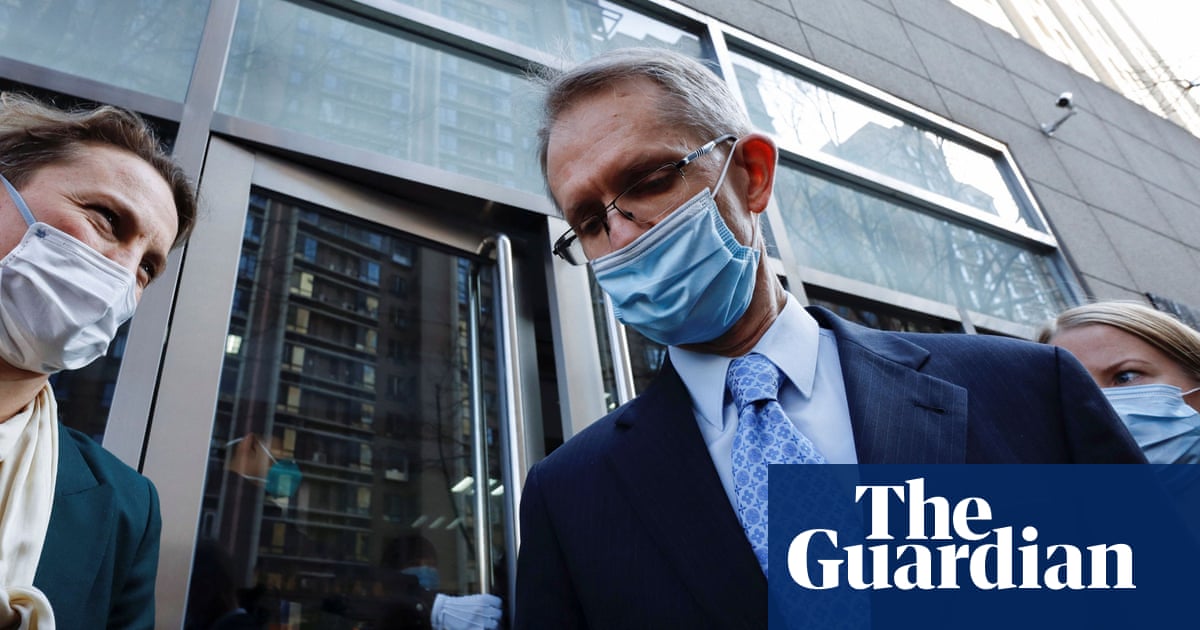 The national security trial of Australian journalist Cheng Lei is scheduled to begin in Beijing under tight security and behind closed doors – with foreign journalists and diplomats denied entry.

Cheng, a former anchor for Chinese state TV broadcaster CGTN, has been detained for 19 months after a shock arrest in 2020. She was formally arrested in February 2021 on “suspicion of illegally supplying state secrets overseas” but no further details were provided. Cheng’s family have insisted she is innocent.

Outside the No 2 intermediate people’s court in Beijing on Thursday, uniformed and plain-clothed police officers roped off the entrance and checked the identification of journalists before moving them away, reporters at the scene said.

A court official told the Australian ambassador in Beijing, Graham Fletcher, that he could not be admitted because the case involved “state secrets” so the trial could not be public.

“This is deeply concerning, unsatisfactory and regrettable,” Fletcher said. “We can have no confidence in the validity of a process which is conducted in secret.”

China’s judicial system has a conviction rate of above 99%. National security trials are often conducted quickly and in secret, with verdicts and sentences announced unpredictably – sometimes months after trial.

The charge Cheng is facing generally carries a sentence of five to 10 years but depending on how severe the court deems the accusation, she could receive any term from time served to life in prison.

Immediately after her arrest, Cheng was held in “residential surveillance at a designated location” (RSDL) for six months, a coercive form of isolated detention, during which detainees are denied access to lawyers and family, and are at risk of ill-treatment or potentially torture, according to human rights groups.

Australia’s foreign minister, Marise Payne, has repeatedly expressed concern over Cheng’s detention, prosecution and the lack of transparency, saying the government had seen no evidence of the charge against her.

She said Australian representatives had been able to meet with Cheng as recently as Monday.

Cheng, who was born in China but moved to Australia and acquired citizenship, has two children, 12 and 10, who were visiting their grandmother in Melbourne at the time of her arrest. “Her two children and elderly parents miss her immensely and sincerely hope to reunite with her as soon as possible,” Cheng’s family said in a statement provided to Reuters.

Cheng was detained amid worsening diplomatic relations between Australia and China, with Beijing angered by Australian foreign interference laws and calls for an independent inquiry into the origins of Covid-19. There has been speculation that Cheng’s detention was politically motivated.

Weeks before Cheng was arrested, Australian authorities had raided the homes of Australian-based Chinese state media workers as part of a foreign interference investigation.

In December 2020, Bloomberg News journalist Haze Fan was detained on unspecified allegations of endangering national security. Fan is a Chinese national and friend of Cheng. She remains in detention.

Another Chinese-born Australian, writer Yang Jun, has been accused by Beijing of espionage and is facing a trial that started last year behind closed doors.