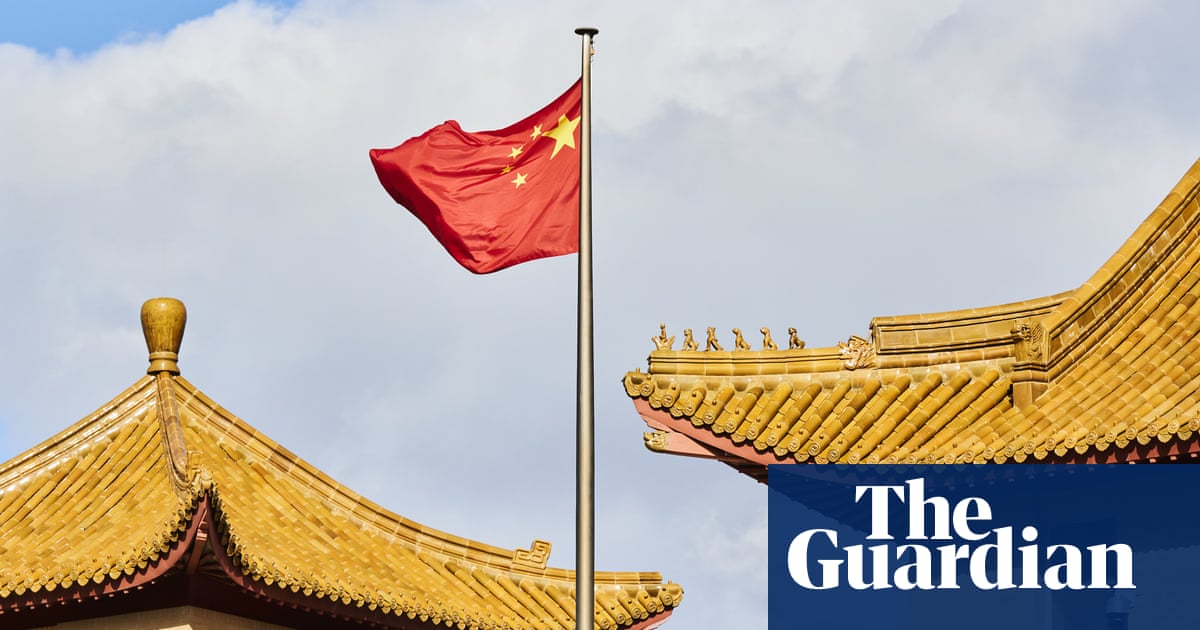 China has accused the Australian government of “violently interfering” in its internal affairs after Australia joined with its Five Eyes allies to voice grave concerns about the “erosion of democratic elements” in Hong Kong.

Pro-Beijing candidates have been confirmed to occupy nearly every seat in Hong Kong’s new legislature after an overhaul of the electoral system that authorities said would ensure “patriots run Hong Kong”.

Elections on Sunday were marred by record low voter turnout and held 18 months after authorities began a crackdown on political dissent in the name of national security.

The Australian foreign affairs minister, Marise Payne, joined with her counterparts from the US, the UK, Canada and New Zealand to say Sunday’s vote and said that it had reversed the trend of candidates with diverse political views having contested elections in Hong Kong.

They said the overhaul of Hong Kong’s electoral system had reduced the number of directly elected seats and established a new vetting process to severely restrict the choice of candidates on the ballot paper – which “eliminated any meaningful political opposition”.

The Five Eyes ministers said many of the city’s opposition politicians remained in prison pending trial, with others in exile overseas, while last year’s national security law was having a wider “chilling effect”. The statement said media freedoms were “being curtailed at pace”.

“Actions that undermine Hong Kong’s rights, freedoms and high degree of autonomy are threatening our shared wish to see Hong Kong succeed,” said the joint statement, which was issued late on Monday.

“Protecting space for peaceful alternative views is the most effective way to ensure the stability and prosperity of Hong Kong.

“We urge the People’s Republic of China to act in accordance with its international obligations to respect protected rights and fundamental freedoms in Hong Kong, including those guaranteed under the Sino-British Joint Declaration.”

The PRC responded by saying it “firmly opposed and strongly condemned” the joint statement, which it argued “recklessly disregarded the facts and reversed the truth”.

The Chinese embassy in Canberra said the new members of Hong Kong’s legislative council had been “elected smoothly” and it was a “crucial” moment in “the transition period of Hong Kong from chaos to stability and prosperity”.

“In recent years, the Australia side has gone all out to hype up its opposition to so-called ‘foreign interference’, while in the meantime, constantly finding various excuses to violently interfere in China’s internal affairs which fully reveals its hypocritical nature of ‘double standards’,” an embassy spokesperson said.

“China strongly urges the Australia side to reflect on itself and stop undermining the stability and development of other countries under any pretext.”

The embassy spokesperson added that “all attempts by certain countries to meddle” in China’s internal affairs were “futile and doomed to fail”.

Similar statements have been issued by other Chinese overseas missions, as well as Beijing’s commissioner office in Hong Kong in the last 48 hours. In the UK, the Chinese embassy urged “a handful of countries, including the UK, to take off their mask of hypocrisy”.

Australia has been caught in the midst of deteriorating relations between China and Five Eyes countries – China is Australia’s top trading partner. The bilateral relationship has worsened as a result of a range of differences over the past five years.

The Australian government’s calls for an independent international investigation into the origins and handling of Covid-19 emerged as another flashpoint last year, with Beijing introducing a freeze on ministerial talks.

The government has also accused Beijing of a campaign of “economic coercion” after it rolled out tariffs and other trade actions against Australian export sectors including barley, wine, beef, seafood and coal over the past year and a half.

There is no imminent offramp from the tensions, with the prime minister, Scott Morrison, vowing not to “trade away” Australia’s values or sovereignty, and the Labor opposition offering largely bipartisan support on the big strategic questions.

On Monday Labor’s foreign affairs spokesperson, Penny Wong, said the party was “deeply disappointed and concerned by” the Hong Kong elections, saying they were “yet another illustration of the continuing erosion of Hong Kong’s autonomy and democratic freedoms”.

“This further undermining of Hong Kong’s democracy and the One Country, Two Systems arrangement is not the behaviour of a responsible global power,” Wong said.

Tensions with Beijing are likely to further increase after Australia joined the US and the UK last week in announcing a diplomatic boycott of the Beijing Winter Olympics in protest at human rights abuses in China’s Xinjiang region.

China has also strongly criticised the Aukus deal – in which the US and the UK have promised to help Australia acquire at least eight nuclear-propelled submarines – as a sabre-rattling “Anglo-Saxon clique”.

The Australian government is expected to make a decision in coming months about the future of a Chinese company’s existing long-term lease over the strategically important Port of Darwin.

The Australian defence minister, Peter Dutton, has previously accused the Chinese government of resorting to “outbursts” and “irrational” threats against a range of countries that have stood up to Beijing – behaviour that the conservative figure said was “unsettling and unnecessary”.

Dutton attracted controversy last month when he said it would be “inconceivable” that Australia would not come to Taiwan’s aid if the US defended the democratically governed island against an invasion by China.

Brushing off claims he was ramping up national security rhetoric for political purposes as a federal election looms, Dutton said it was important to “be realistic” about how China’s outlook had “changed quite dramatically” under Xi Jinping’s leadership.