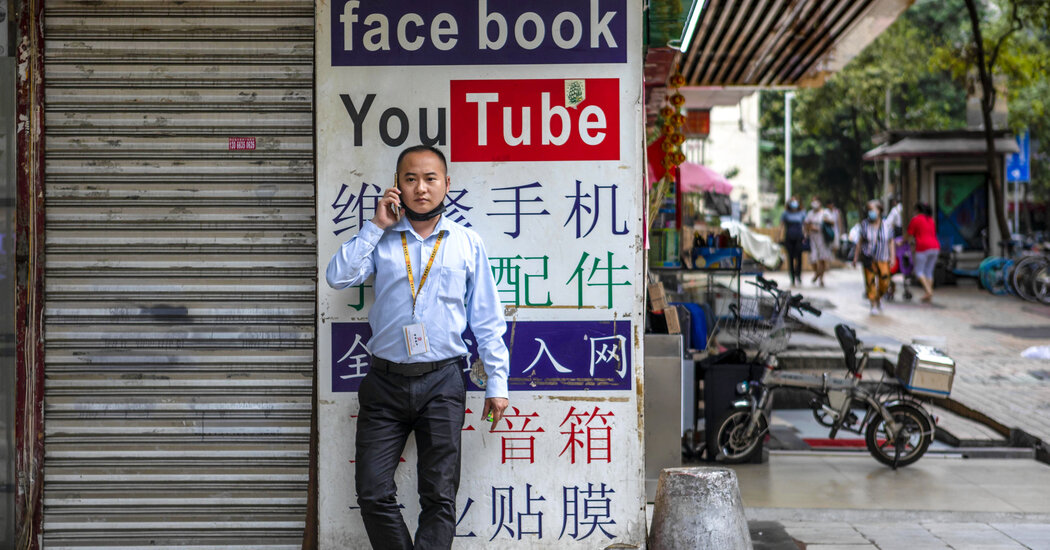 WASHINGTON — The Biden administration announced a partnership on Friday with Australia, Denmark, Norway, Canada, France, the Netherlands and the United Kingdom to try to stem the flow of sensitive technologies to authoritarian governments.

The partnership, named the Export Controls and Human Rights Initiative, calls for the countries to align their policies on exports of key technologies and develop a voluntary written code of conduct to apply human rights criteria to export licenses, according to a White House statement.

The effort is aimed at combating the rise of “digital authoritarianism” in countries like China and Russia, where software and advanced surveillance technologies have been used to track dissidents and journalists, shape public opinion and censor information deemed dangerous by the government.

The announcement was part of the last day of the Summit for Democracy, the White House’s virtual gathering of officials from over 100 countries aimed at bolstering democracies.

By working to synchronize export controls across countries, American officials hope to cast a wider net to prevent authoritarian nations from accessing important technologies, as well as help companies with U.S. operations operate on a more even playing field.

While a decade ago the internet was seen as a force for democracy and openness, authoritarian governments today have learned that big data, internet controls, artificial intelligence and social media “could make them even more powerful,” Samantha Power, the administrator for the U.S. Agency for International Development, said at the virtual summit on Friday.

Ms. Power said the United States would undertake a suite of new measures over the next year to help set global norms around technology and human rights.

Those steps include investing up to $20 million annually to drastically expand the digital democracy work of the Agency for International Development, working with like-minded countries to establish principles for open source technology products, and introducing an initiative with Canada and Denmark to lay out how governments should use surveillance technology in a manner consistent with human rights and the rule of law.

The United States will also provide up to $3.75 million to fund new “democracy affirming” technologies, like privacy-preserving artificial intelligence, and establish a separate fund for anti-censorship technology, Ms. Power said.

The government’s use of export controls, especially against China, greatly ramped up during the Trump administration, which imposed restrictions on ZTE, Huawei and other Chinese technology firms to prevent Beijing from gaining access to sensitive technologies like quantum computing, advanced semiconductor chips and artificial intelligence that could give its military an advantage or build up the Chinese surveillance state.

But critics say those measures, by focusing only on American exports, fell short of their goals. While companies that manufacture products in the United States no longer ship certain goods to China, competitors in Japan, Europe and elsewhere have continued to make sales. That has encouraged some high-tech companies to devote more spending on research and development outside the United States, to maintain access to the lucrative Chinese market.

American-developed technology has also been used by authoritarian governments for more nefarious purposes, like monitoring and censoring their citizens.

In a joint statement issued Friday, Australia, Denmark, Norway and the United States said that “authoritarian governments increasingly are using surveillance tools and other related technologies in connection with serious human rights abuses, both within their countries and across international borders, including in acts of transnational repression to censor political opposition and track dissidents.”

They added, “Such use risks defeating the benefits that advanced technologies may bring to the world’s nations and peoples.”

The work at this week’s summit included exploring how best to strengthen domestic legal frameworks, share information on threats and risks, and share and develop best practices for controlling technology exports, a White House statement said.

In the coming year, the countries are expected to consult with academics and industries on their efforts. Any decisions on controls of specific technologies will be voluntary and left up to individual countries to carry out.

The Biden administration has continued a trend, begun in the Trump administration, of leveling export controls at companies engaged in human rights violations, including those that have supported China’s repression of Muslim minorities.

This week, the Biden administration announced new restrictions on Cambodia to address human rights abuses, corruption and the growing influence of China’s military in the country. In November, the administration blacklisted the NSO Group, an Israeli technology firm, saying the company knowingly supplied spyware used to target the phones of dissidents, human rights activists and journalists.

The administration has also accelerated discussions of export controls with Europe, through a partnership set up this year called the Trade and Technology Council. But given that there is no legal basis for imposing import bans across the European Union, decisions on those restrictions fall to its member states.

The United States is already part of a multilateral arrangement on export controls called the Wassenaar Arrangement, which was established in 1996. But critics say the grouping, which has more than 40 members, including Russia, has moved too slowly to match the pace of technological development.