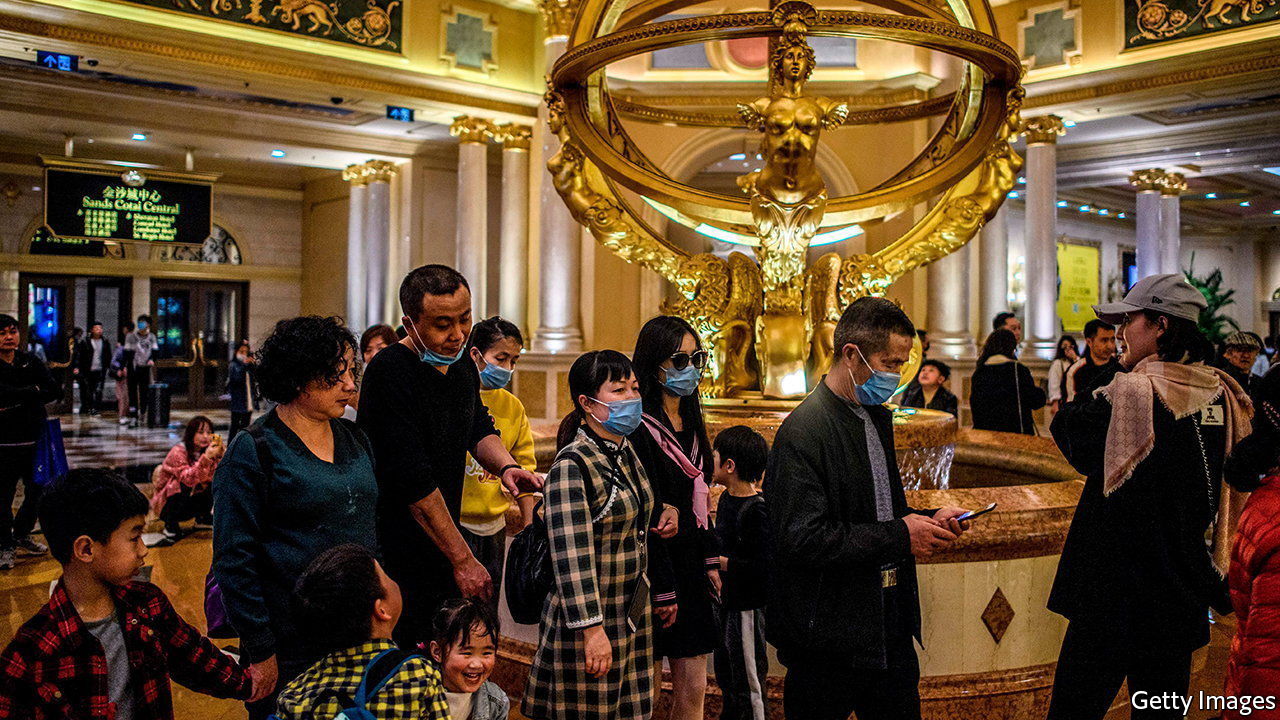 STAKES IN PUNTO BANCO, a popular version of the card game baccarat, have often risen to well over $100,000 in Macau’s VIP suites. The high-rollers have usually come from the Chinese mainland. Even before flying into the gambling haven they would commonly agree to bet upwards of $1m during their stays. Those who have arrived short of cash because of the mainland’s strict capital controls have easily found lenders of Macanese patacas.

The flow of super-rich punters from the mainland has been enabled by “junket” agents and promoters. In 2019 SJM Holdings, which owns a huge French Renaissance-style casino in Macau, brought in almost all of its VIP customers through such middlemen. The share of non- VIP gambling in the city has been rising in recent years. But before the pandemic, VIPs still accounted for about a third of the territory’s gross revenues from gaming.

Covid-19 has been a blow to the industry. So, too, have stepped-up efforts by China’s government to curb the junket business. Betting is illegal on the mainland. In March China said assisting cross-border gambling was also against the law. On November 26th police in the coastal city of Wenzhou issued an arrest warrant for Alvin Chau, the head of SunCity, Macau’s biggest junket firm. He was later seized in Macau. Officials there claimed this was unrelated to the mainland’s warrant, but many in his business felt a deep chill.

The charges against Mr Chau hint at the scope of the junket industry in Macau. Wenzhou’s police say he had 12,000 agents serving 80,000 customers on the mainland. SunCity allegedly arranged underground banking services to help them evade capital controls. Junkets are legal in Macau. But the mainland’s laws appear to have trumped local ones.

How will Macau survive? China wants to see it transformed from a city of vice into a regional entertainment centre and tech hub. This has proved difficult because most of its available land has been used to build casinos. Macau’s government hopes a new development zone will help. It is on nearby Hengqin, an island three times Macau’s size. It belongs to the mainland and has been leased in part to Macau. Hengqin will have theme parks, family attractions and a high-speed rail link with China’s interior. The former Portuguese enclave will become even more like a mainland city. ■