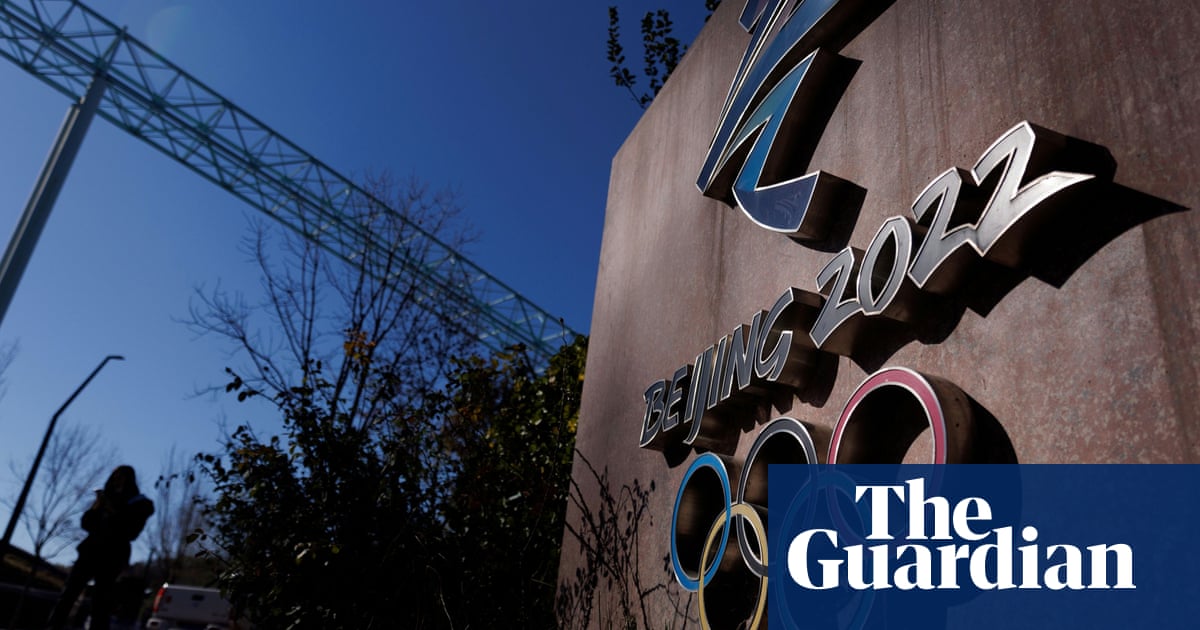 Australia, Britain and the US will pay a price for their “mistaken acts” after deciding not to send government delegations to February’s Winter Olympics in Beijing, China’s foreign ministry has said.

The US was the first to announce a boycott, saying on Monday its government officials would not attend the February Games because of China’s human rights “atrocities”, weeks after talks aimed at easing tension between the world’s two largest economies.

“The United States, Britain and Australia have used the Olympics platform for political manipulation,” said Wang Wenbin, a spokesperson at the Chinese foreign ministry.

“They will have to pay the price for their mistaken acts,” he told a regular news conference.

Relations between Beijing and Washington deteriorated sharply under the former US president Donald Trump and the Biden administration has maintained pressure on China.

Disagreements have centred on various issues including trade, the origins of the coronavirus and China’s maritime claims in the South China Sea.

The Australian prime minister, Scott Morrison, said earlier that its decision not to send officials to the Games was made because of its struggles to reopen diplomatic channels with China to discuss human rights in the far-western region of Xinjiang and China’s moves to block Australian imports.

China has denied any wrongdoing in Xinjiang, home to the Uyghur Muslim minority, and said allegations of right abuses were fabricated.

On Wednesday, the US House of Representatives passed legislation to ban imports from Xinjiang over concern about forced labour, one of three measures backed overwhelmingly as Washington pushes back against Beijing’s treatment of the Uyghur community.

“China firmly opposes this,” said Gao Feng, a spokesperson at the Chinese commerce ministry, referring to the US action.

The US was practising unilateralism, protectionism and bullying China in the name of “human rights”, he said.

The US stand would seriously hurt the interests of the companies and consumers of the two countries, aggravate global supply chain tension and weigh on the global economic recovery, Gao warned.

The House backed the Uyghur Forced Labor Prevention Act by an overwhelming 428-1. To become law, it must also pass the Senate and be signed by Joe Biden.