Dutch officials said 61 people on two flights from South Africa to Amsterdam tested positive for Covid-19 on Saturday, but it was not clear if they were infected with the new variant.

China did not announce any new travel restrictions in response to the variant but the country has one of the strictest restrictions on border entry and flights. It has also introduced a flight suspension mechanism if there are more than five positive cases on board.

Sanjaya Senanayake, associate professor of medicine at the Australian National University, said Omicron was troubling because of its high number of mutations. Research indicated that it had 32 spike protein mutations, compared with the 13 to 17 seen in the more prevalent Delta variant.

“Some of these mutations can increase transmissibility of the variant, while others can help it evade the immune system: a worrying combination,” he told the Australian Science Media Centre.

In a post on the website of Imperial College in London, Neil Ferguson, director of the college’s MRC Centre for Global Infectious Disease Analysis, said such a number of mutations in the spike protein gene was “unprecedented”.

According to the WHO, early signs indicate an increased risk of reinfection from Omicron compared to other highly transmissible variants – meaning people who have had Covid-19 and recovered could be at greater risk of catching it again with Omicron.

The WHO said studies were under way in South Africa and other countries to better understand the variant in terms of transmissibility, severity and any impact on the use of diagnostics, therapeutics and vaccines.

US infectious disease chief Anthony Fauci said that while the reports on the new variant threw up a “red flag”, it was possible that vaccines might still work to prevent serious illness.

Covid-19 vaccine manufacturers said they were factoring in Omicron to their jabs.

Moderna said it would develop a booster shot for the variant, while BioNTech said it expected more data within two weeks to help determine whether its vaccine produced with partner Pfizer would have to be reworked.

Johnson & Johnson and AstraZeneca also said they were investigating and testing their vaccine against the variant. 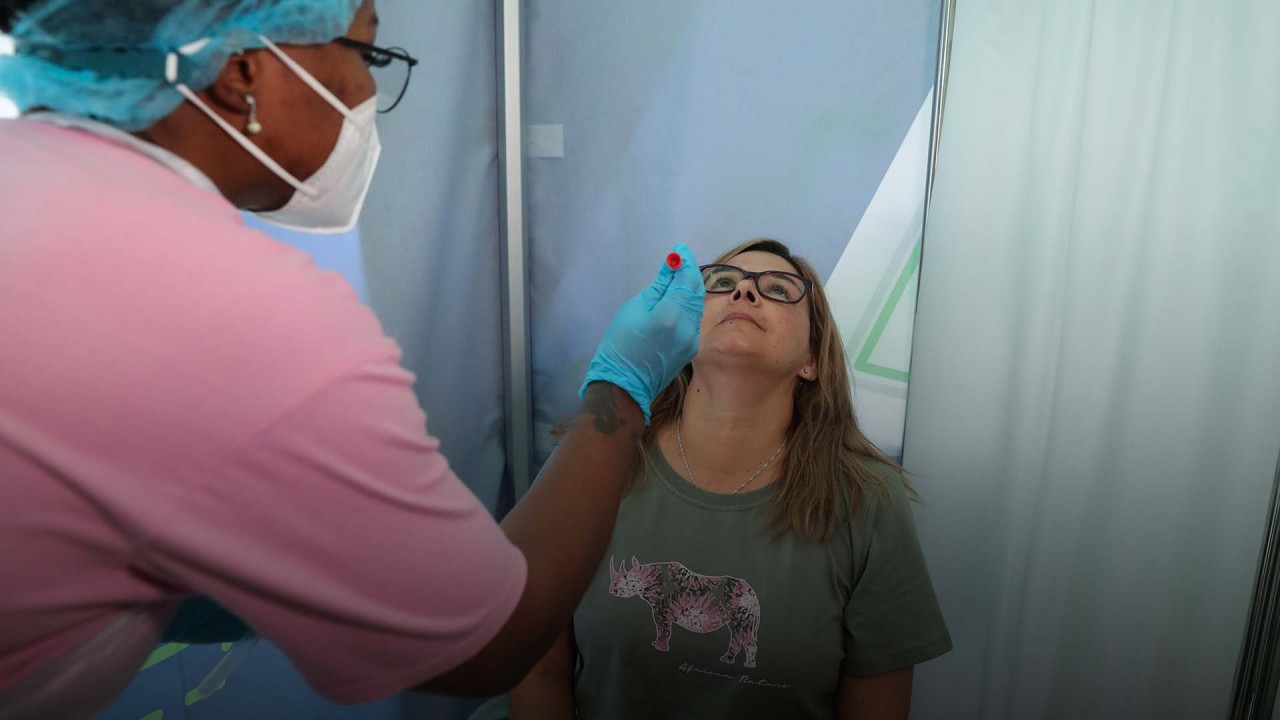 The WHO said scientists were working to understand the variant and called for countries to improve surveillance and sequencing efforts, and share genome sequences. It added that existing PCR diagnostic tests continued to detect this variant.

However, South Africa is staring at an economic fallout following the travel bans.

South African Health Minister Joe Phaahla said the bans were “unjustified”, and it appeared his country was being punished for being transparent about its findings.

“Covid-19 is a global health emergency. We must work together, not punish each other,” Phaahla said.

The country has strong surveillance and genome sequencing systems because of years of HIV monitoring and research.

Virag Forizs, an Africa economist at London-based consultancy Capital Economics, said a tightening of local containment measures was likely to follow, dampening economic activity and the threat of a new virus wave would linger.

Forizs said that even if this variant did not prove to be as bad as feared, low vaccine coverage in Sub-Saharan Africa meant the region would remain a fertile ground for the emergence of new variants.

Virus fears sent markets tumbling on Friday. European stocks fell the most in 17 months, the Dow Jones was down more than 1,000 points at one stage and the price of oil plunged by about US$10 a barrel in the biggest daily drop since April last year.

The World Trade Organization ministerial conference, the global trade body’s biggest gathering in four years, was also postponed on Friday due to worries about the Omicron.

The WTO had hoped the four-day gathering in Geneva would breathe new life into the beleaguered organisation.