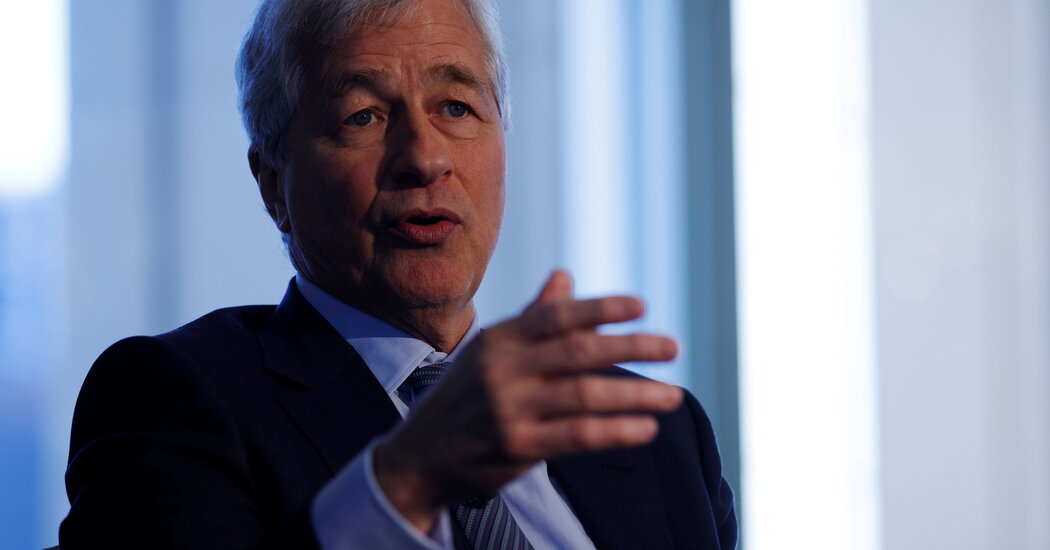 “I regret and should not have made that comment,” Mr. Dimon said in a statement. “I was trying to emphasize the strength and longevity of our company.”

At a Boston College event on Tuesday, Mr. Dimon relayed a recent joke he had made comparing the longevity of the multibillion-dollar bank and China’s ruling party. “I made a joke the other day that the Communist Party is celebrating its 100th year,” he said at the event. “So is JPMorgan. I’d make a bet that we last longer.”

He added: “I can’t say that in China. They are probably listening anyway.”

On Wednesday, Mr. Dimon provided an additional comment through a statement from his spokesman.

“I regret my recent comment because it’s never right to joke about or denigrate any group of people, whether it’s a country, its leadership, or any part of a society and culture,” Mr. Dimon said. “Speaking in that way can take away from constructive and thoughtful dialogue in society, which is needed now more than ever.”

The spokesman for the bank said that Mr. Dimon, who was in Hong Kong last week, “acknowledges he should not speak lightly or disrespectfully about another country or its leadership.”

Chinese companies that trade their shares in the United States are an important source of revenue for banks. And Chinese authorities are loosening rules to allow U.S. banks to expand their businesses in China.

In August, JPMorgan got permission from the Chinese government to take full ownership of its investment banking and trading business in the country — a century after it first opened up shop there.

But banks have to consider the fraught relationship between the United States and China, the world’s largest economies. China was America’s largest trading partner for goods last year and the third-largest market for exported U.S. goods.

China has cracked down on tech companies including the ride-hailing giant Didi, the internet powerhouse Tencent and the e-commerce giant Alibaba. Recently, questions have been raised about its response to the star tennis player Peng Shuai’s accusations of sexual assault by a powerful former vice premier.

[Read more: Wall Street is finally getting access to China. But for how long?]

In JPMorgan Chase’s recent annual letter in May, Mr. Dimon made note of the country’s rising influence in the global economy. “China’s leaders believe that America is in decline,” he wrote. “Unfortunately, recently, there is a lot of truth to this.”

Lananh Nguyen contributed to this report.