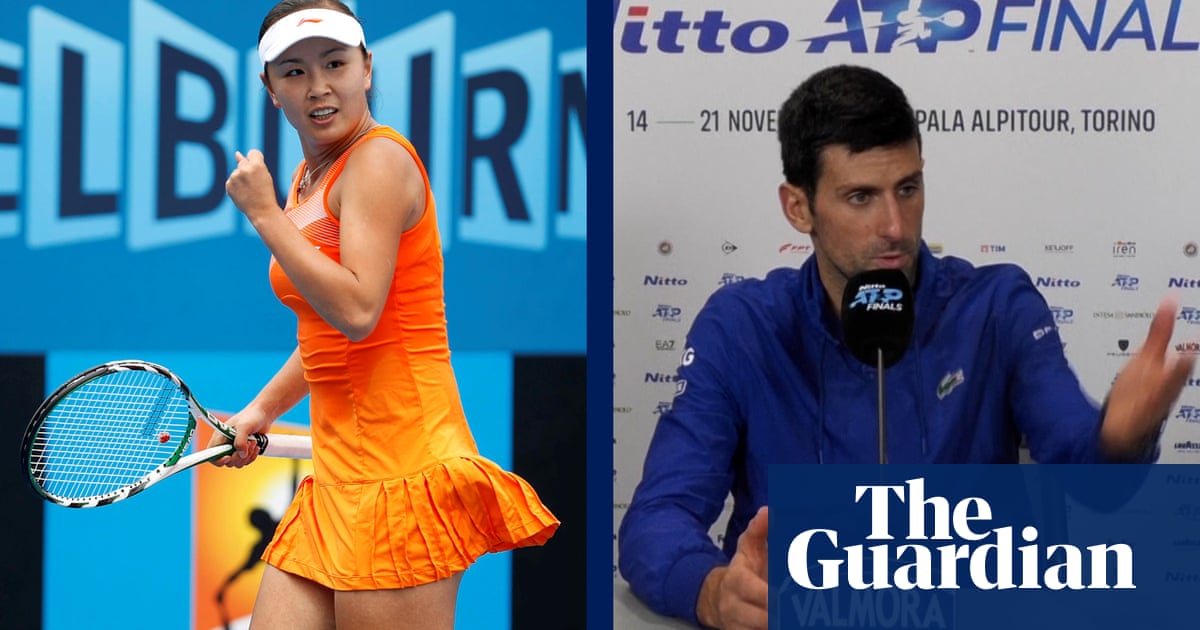 The men’s world No 1 Novak Djokovic voiced his concern for missing Chinese tennis player Peng Shuai. Djokovic said he supported “100%” the WTA’s threat to pull events out of China.

Peng, a former doubles world No 1, has not been seen in public since she accused the former high-ranking official Zhang Gaoli of sexual assault on 2 November. A journalist from China’s state broadcaster has revealed a set of photos, which he said were posted on Peng’s WeChat social media account on Friday, but analysts debated the authenticity of the images.