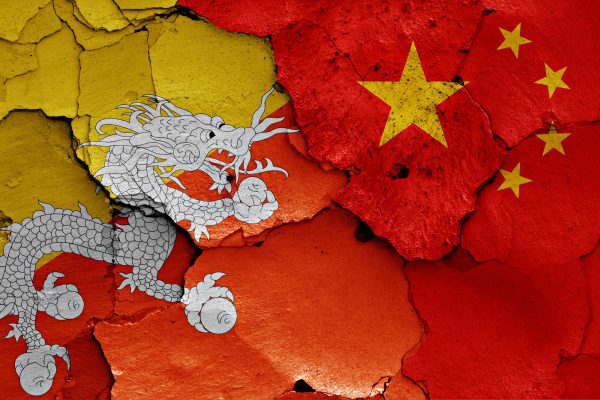 The People’s Republic of China has maritime or land border disputes with many of its neighbors: Brunei, Bhutan, India, Japan, Malaysia, Nepal, the Philippines, and Vietnam. Bhutan shares over 400 kilometer-long border with China. Recently, Bhutan and China signed a MoU “for expediting the Bhutan-China Boundary” negotiations. It is believed that the roadmap had been finalized during the 10th expert group meeting in Kunming in April 2021. The roadmap might include setting up a framework first, confirming the specific disputes with an exchange of maps, and then a resolution stage.

The Bhutanese Embassy in India did not comment on the details of the roadmaps, indicating the process of negotiations was “sensitive.” It is also important to note that Bhutan and China have held discussions on the border dispute for the past 37 years.

Border Talks Between Bhutan and China

The border talks between Bhutan and China began in 1984. They signed the Guiding Principles on the Settlement of Boundary Issues in 1988 and the Agreement on Maintenance of Peace and Tranquillity along the border areas in 1998. Since 1984, talks between Bhutan and China have largely focused on two separate areas of dispute, including Doklam and other areas in Bhutan’s west, near the Bhutan-China-India tri-junction measuring 269 square kilometers and the Jakarlung and Pasamlung valleys located near Tibet to Bhutan’s north, which measure 495 sq. km. More recently, China has also laid claims to Bhutan’s eastern Sakteng region. On July 5, 2020, China explicitly stated that it has a border dispute with Bhutan in the eastern region, for the first time since 1986.

The possible “exchange” of disputed territories involving the Doklam tri-junction area has long been a particular concern for India. Bhutan’s Ministry of External Affairs did not indicate whether India was taken into confidence about the details of the most recent MoU in advance. It should be noted that Bhutan and China don’t have direct diplomatic relations, and liaise via their embassies in Delhi.

Beijing blames India’s concerns over the Doklam plateau, the site of a 2017 stand-off with China, as one reason for negotiations stalling in the past couple of years, with New Delhi wary over a Bhutan-China border deal that “would undermine its interests.” After the Doklam stand-off, China and Bhutan did not hold a meeting for border talks for a long time.  The India factor aside, it remains unclear to what extent China would be willing to make territorial concessions to Bhutan, which a settlement would require as part of a give-and-take. In 2020, China actually widened its territorial claims, for the first time bringing in Sakteng in eastern Bhutan into the dispute.

Earlier negotiations had dealt with territories in Bhutan’s north and west, including Pasamlung and Jakarlung valleys in the north and Doklam to the west.  China may offer a package solution that would see Beijing controlling Doklam and ceding the northern valleys. The inclusion of Sakteng into the dispute was seen by some observers as a negotiating tactic to bring Bhutan back to the table.


Since the 2017 stand-off with India, Beijing has already strengthened its de facto control over much of the Doklam plateau, located strategically along the Bhutan-China-India tri-junction. Aside from the face-off site – where India had objected to a road being built that would push the tri-junction point further south – China has deepened its presence elsewhere on much of the plateau and faced little opposition from Bhutan in doing so. Chinese media even showed images of a newly built village in Doklam, in the disputed territory between Bhutan and China, the part of a broader effort in building “front line” border villages and moving in residents to secure territorial claims.

Bhutan is not the only country where China is pressing its size and wealth advantage in territorial disputes. China has well-known maritime disputes in the South China Sea (pitting China against Brunei, Malaysia, the Philippines, Taiwan, and Vietnam) and East China Sea (where China claims islands administered by Japan).

In South Asia, China has also been involved with several land disputes with India and recent years have witnessed an escalation in attacks by China. China violently clashed with India at the Galwan Valley in Eastern Ladakh on June 15, 2020. The clash left 20 Indian soldiers dead and several injured.  The PLA also reportedly suffered casualties. China has also staked a claim over parts of India’s Arunachal Pradesh.

China also has a long-standing dispute over parts of Nepal. China began building in territory claimed by Nepal, stating it was part of Tibet.

China’s disputes with its neighbors have existed for decades. Why, then, has China begun to take more muscular action on nearly every front in the past few years?

It appears that creating disputes in its neighborhood helps China ease insecurities arising out of increasing public dissent on its domestic front. At home, China is battling failing income, rising unemployment, and other socioeconomic issues. Beijing does not address these domestic discontents by listening to the grievances, but rather uses brute force to suppress discontent. China now appears to have found solace in creating disputes with its neighbors rather than resolving those arising at home.