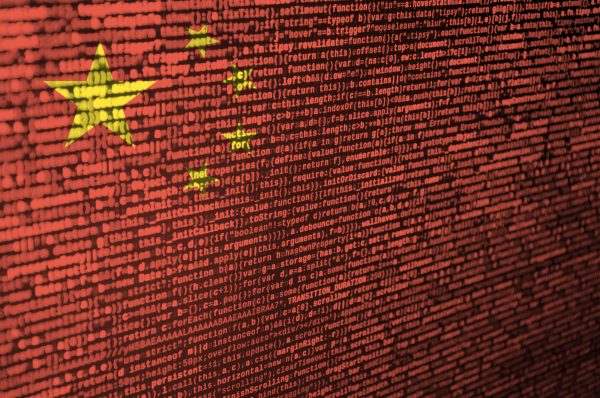 The Chinese Communist Party (CCP) has long sought to influence the media and information spaces in other countries, deploying a diverse set of tools to achieve its aims. Yet for many years there was no significant evidence that China-linked actors were engaging in aggressive disinformation campaigns on global social media platforms like the one pursued by Moscow ahead of the 2016 U.S. elections.

Since 2019, that picture has changed. Multiple investigations and large-scale takedowns of inauthentic accounts have demonstrated that pro-Beijing forces are indeed carrying out a broad range of manipulative activities on global social media platforms. Moreover, they are constantly adapting their tactics to maximize efficacy.

A new set of investigations on the topic have been published over the past six months. Collectively, the findings point to an unparalleled scale of activity – surpassing even the Kremlin’s – with important implications for global search results, mobile phone users worldwide, and domestic politics in the United States and elsewhere.

The sheer scale of China-linked information manipulation activities is remarkable. One study from May by the Oxford Internet Institute and the Associated Press documented 26,879 Twitter accounts that amplified posts from Chinese diplomats or state media nearly 200,000 times before getting suspended by the platform for violating rules prohibiting manipulation. Importantly, these retweets, which appeared in many languages, made up a large proportion of all shares for official Chinese accounts. In the United Kingdom, for instance, more than half of the retweets by then-Ambassador Liu Xiaoming came from apparently fake accounts that Twitter later suspended.

Similarly, according to Google’s quarterly reports of takedowns on YouTube, a total of 10,570 channels were removed for engaging in “coordinated influence operations linked to China” between January and September of this year, with between 682 and 2,946 channels removed each month. This is by far the largest set of takedowns. By comparison, only 192 channels and 12 website domains linked to Russia were removed from YouTube or the Google News feed during the same period.

YouTube appears to be a preferred platform for China-linked propaganda and disinformation campaigns, even if the Chinese official and state media presence on Twitter and Facebook garner more attention. Another investigation, this time by ProPublica, found hundreds of videos in which seemingly ordinary Uyghurs claimed – in almost identical language – that they had seen statements “on the internet” by former U.S. Secretary of State Mike Pompeo about severe rights violations in Xinjiang, but that this is “nonsense.” The investigation found that many of the videos had been posted in coordinated time frames, and the subject of one video said by phone that it had been produced by local propaganda authorities. At the time of the investigation’s publication in June, the authors reported that “new videos are being uploaded … nearly every day” to an intermediary platform. They were then posted to YouTube, where they had garnered over 480,000 views.


The persistence of these efforts is considerable, with the China-linked producers constantly renewing the supply of content even as global platforms remove accounts and channels that are identified as inauthentic. They can add a false veneer of public support to Chinese diplomatic statements, and as noted by the Associated Press report, they effectively “distort platform algorithms, which are designed to boost the distribution of popular posts, potentially exposing more genuine users to Chinese government propaganda.”

An October 5 article by experts at the German Marshall Fund explores this phenomenon in greater detail, explaining how manipulation enables state media reporting and other pro-Beijing content to fill information vacuums and enhance performance in search results. The authors found that thanks to the regular drumbeat of Chinese state media and other official accounts promoting the conspiracy theory that COVID-19 originated in a lab at Maryland’s Fort Detrick, Google News and Bing News results in August and September for “Fort Detrick” were dominated by outlets like China Global Television Network and Global Times rather than more reputable sources that debunked the theory.

Searches conducted by Freedom House last week yielded similar findings. Four of the top five results for “Fort Detrick” on YouTube were either Chinese state media reports or lower-profile outlets that cited Chinese government calls for an investigation of the lab. Five of the top 10 search results for “Xinjiang” were Chinese state media or vloggers who supported official viewpoints, though they ranked lower than news reports by independent outlets that documented rights abuses or cultural destruction.

When most readers and even expert China watchers think of the regime’s priority topics for foreign manipulation, those that typically come to mind include the origins of COVID-19, conditions in Xinjiang, the 1989 Tiananmen Square massacre, Tibet, Taiwan, Hong Kong, Falun Gong, and the image of top leaders like Xi Jinping.

But a review of recent research findings points to a much wider and deeper array of targets. According to Google, although the YouTube channels engaged in China-linked influence operations featured much “spammy” content in Chinese about music, entertainment, and lifestyle, they also contained subsets of content in Chinese and English about “criticism of the U.S. response to the COVID-19 pandemic,” “growing U.S. political divisions,” the U.S. COVID-19 vaccine rollout,” and “social issues in the U.S.”

Another campaign exposed by FireEye and Google in September included posts from fake accounts that encouraged people in the United States to participate in protests, either related to COVID-19 or anti-Asian racism. While there were no indications that anyone responded to those calls, the attempt signifies a new level of brazenness in Beijing’s efforts to influence domestic politics in the United States.

Even more expansive is a list of censored keywords that was identified by a Lithuanian cybersecurity unit on Xiaomi phones sold outside China. The phones were found to periodically download new lists of banned terms from a server in Singapore that could trigger filters in the phone’s browser and music apps. The function appears to be disabled in the “European Union Region,” but it could be “activated remotely by the manufacturer” and may be functional in other parts of the world. The researchers found that the list had grown from 449 Chinese-only terms in April 2021 to 1,376 terms in September, including over 300 terms in English. The list is a hodgepodge of terms related to sex and pornography, words that one might expect the CCP to scrutinize (June 4, Tibet, Xinjiang, Falun Gong, Chinese leaders’ names), and a variety of much more general entries.

In English, these include “freedom,” “human rights,” “democracy,” and “election,” as well as “Hindus,” “Pakistani,” and “Islamic.” The more extensive Chinese list covers various Chinese activists now in exile – Liu Xia, Chen Guangcheng, and Ai Weiwei – as well as others who are jailed in China, like lawyer Gao Zhisheng, who has been in policy custody since being disappeared over three years ago. It also includes a long roster of media outlets that could be perceived as rivals to state outlets and sources of alternative or critical viewpoints in Chinese – Voice of America, Sing Tao, Ming Pao, Apple Daily, Boxun, and Sound of Hope, among others.

The Chinese list notably includes the names of Xiaomi’s tech competitors – Samsung, Motorola, and Huawei – and various words linked to North Korea, Hamas, Christianity (including the Chinese characters for “Jesus” and “Gospel”), and the Green Party. A fully activated version of these lists would restrict users’ access to a huge swath of content, particularly if they are Chinese speakers. The discovery is one of the most concrete examples of how China-based companies that supply mobile devices, applications, and other key nodes of information-sharing infrastructure in foreign countries can enforce the CCP’s censorship regime far beyond the confines of the Great Firewall in China.

A Difficult Year Ahead

It is China’s industrial power that sets the CCP apart from other authoritarian regimes with respect to their impact on global information flows. Alongside the constantly adapting inauthentic campaigns on social media platforms owned by U.S. companies, each month brings new examples of how China-based firms like Xiaomi, Huawei, or StarTimes are infusing their technology exports with propaganda, selective censorship, or surveillance capabilities.

The pressure on these companies to support the CCP line is likely to increase in the coming year, as Beijing hosts its second Olympics amid calls for a boycott, regulators impose a crackdown to bring the Chinese tech sector under tighter supervision, and Xi Jinping prepares to begin an unprecedented third term as CCP leader in November 2022. It is therefore all the more important that foreign governments, tech platforms, journalists, and independent investigators maintain their vigilance and work to detect, expose, and when possible, neutralize manipulation campaigns.