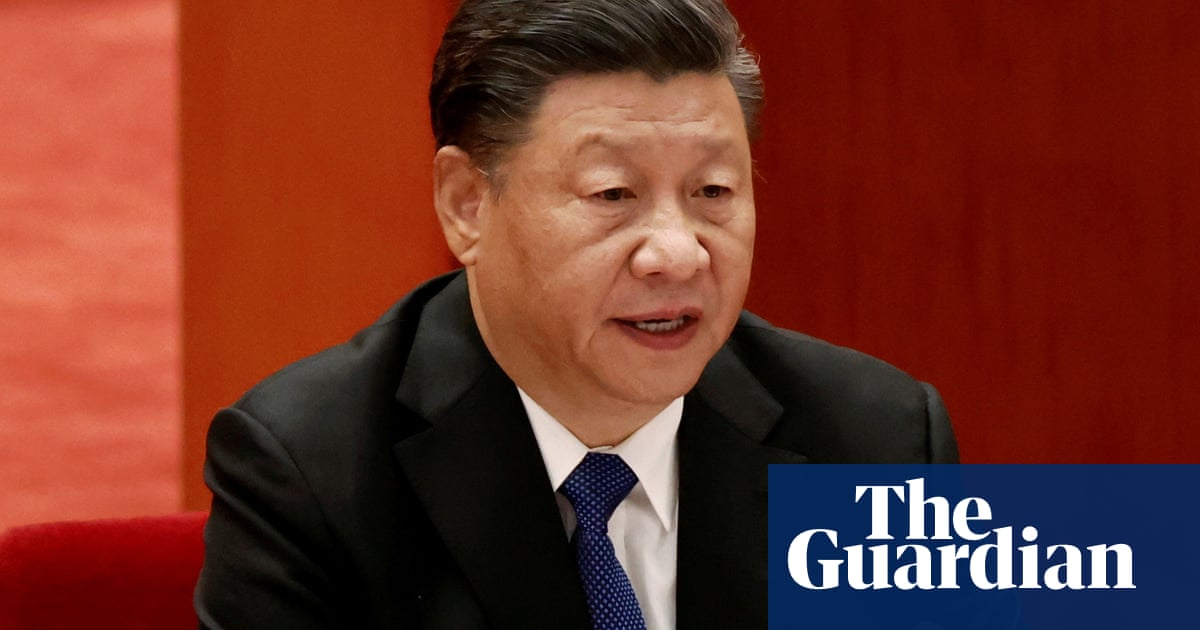 China’s president, Xi Jinping, has called for mutual recognition of Covid-19 vaccines based on the World Health Organization’s emergency use list, according to a transcript of his remarks delivered to leaders of the Group of 20 leaders’ summit, published by the official Xinhua news agency.

Speaking to the participants in Rome via video link, Xi said China had provided more than 1.6bn Covid shots to the world, and was working with 16 nations to cooperate on manufacturing doses.

“China is willing to work with all parties to improve the accessibility and affordability of Covid-19 vaccines in developing countries,” he said.

Two Chinese vaccines, one from Sinovac Biotech and one from Sinopharm, have been included in the WHO’s emergency use list.

At the first in-person summit since the coronavirus pandemic began last year, the climate crisis, post-Covid-19 economic recovery and the global minimum corporate tax rate are on the agenda.

On Saturday, the Italian prime minister Mario Draghi opened the meeting with a call to action on multilateralism. “The more we go with all our challenges, the more it is clear that multilateralism is the best answer to the problems we face today. In many ways, it is the only possible answer,” he said.

In his speech, Xi reiterated China’s support for the World Trade Organization (WTO) making an early decision on waiving intellectual property rights for Covid-19 vaccines, and called for vaccine companies to be encouraged to transfer technology to developing countries.

“Major economies should adopt responsible macroeconomic policies to avoid negative spillover effects to developing countries and maintain the steady operation of the international economic and financial system,” he said.

Xi’s speech at G20 came a day before the commencement of the Cop26 climate summit, to be held in Glasgow. Xi is not expected to attend, but he spoke about the subject to Boris Johnson on Friday in a phone call.

On Saturday, Xi reiterated that China would work to hit a carbon emissions peak by 2030, with the goal of reaching carbon neutrality by 2060.

This year’s G20 summit is held amid rising tensions between China and the US and other western democracies. Since Joe Biden became president, Washington and Beijing have exchanged sharp rebukes over issues including China’s human rights, the Taiwan Strait and nuclear weapons.

Before the Rome meeting, opponents of Beijing – including exiles from Chinese regions Hong Kong, Xinjiang and Tibet – gathered in Rome to demand “tougher action on China”.

Speaking before the G20 meeting, Xi’s representative at this year’s summit, China’s foreign minister, Wang Yi, also warned Washington and its allies not to “interfere” in the affairs of Taiwan, an island that China regards as its own breakaway province.

“Recently, the US and other countries attempted to achieve breakthroughs on the issue of Taiwan, which is in contravention of the political guarantees they made when they established diplomatic relations with China,” Wang said.

“If they couldn’t stop the One China principle 50 years ago, it’s even more impossible in today’s world in the 21st century … If they forge ahead regardless, they will definitely pay a price accordingly.”