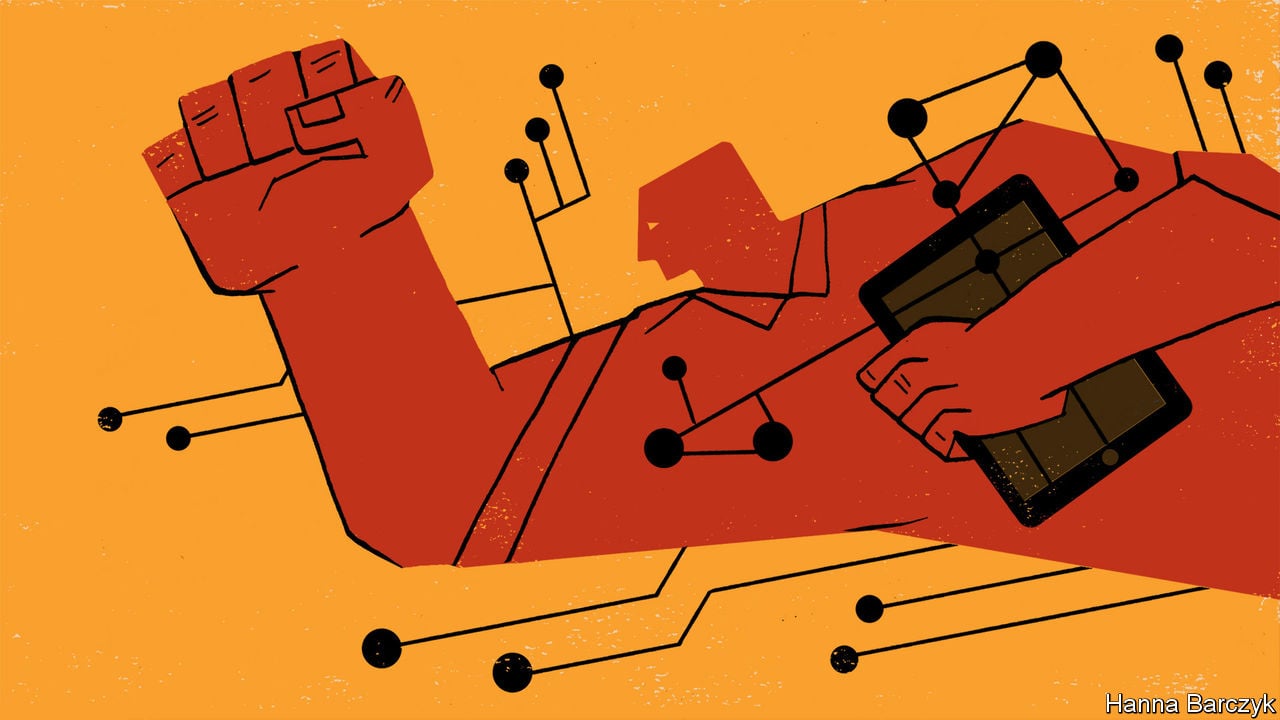 THE COMMUNIST PARTY’S leadership, with “Comrade Xi Jinping at the core”, attaches “great importance” to managing internet content. So declared the government on October 20th when unveiling new instructions about what news could be republished online. This was an understatement. Under the party’s rule, China’s press has never enjoyed more than a small modicum of freedom. Mr Xi has relentlessly tightened controls. Reporters and editors deemed politically wayward have been disciplined, fired or jailed.

The new directive, issued by the Cyberspace Administration of China (CAC), updates a list, first published in 2016, of news sources that other websites may republish. CAC said the revision was aimed at “resolutely closing the ‘back door’ on illegal newsgathering and redistribution”.

The list names 1,358 approved outlets. That is nearly four times as many as were named in the previous one. It is not a sign of relaxation. The larger number merely reflects the proliferation of news websites run by state-owned media. More important to note are sources that are no longer listed. The most conspicuous is Caixin Online, a popular and trusted website.

Since its launch in 2009, Caixin Online has been an outlier in China’s drab media landscape. It often goes far beyond other outlets with investigative reporting and coverage of topics such as corruption, environmental problems and touchy policy debates. In the early stages of the pandemic it called into question the official death toll in Wuhan, pointing to an unusual workload at crematoria. Its founder, Hu Shuli, previously ran a magazine called Caijing, which once occupied a similar niche. Ms Hu is politically well-connected and has a keen sense of how to skate close to—but rarely over—the party’s red lines.

She and her colleagues may feel the effects of another recent tightening of the party’s grip. On October 8th China’s planning agency, the National Development and Reform Commission (NDRC), released a draft regulation reiterating a ban on private investment in most news operations. Such restrictions have been in place since at least 2005, but have not been rigorously enforced. State media suggest that this time, change is afoot. According to one widely quoted Chinese expert, previously non-compliant arrangements will be ”cleaned up”. It will be a big job. Like Caixin, many Chinese media, though fully operated and controlled by the state, have complex ownership structures that include big holdings by private investors.

Pro-government commentators have praised the party’s resolve. Sima Nan, a blogger in Beijing with more than 2.4m followers on Sina Weibo, a Twitter-like platform, opined that a loosening of media controls in the Soviet Union had hastened its collapse in 1991. “This is an ideological struggle,” he said, comparing the NDRC‘s ban to “removing firewood from under a cauldron”—a common way in Chinese of describing drastic action taken to deal with an emergency.

Sina Weibo is owned by Sina Corporation, a non-state tech giant. But it is clear that the NDRC does not have news analysts such as Mr Sima in its sights. ■