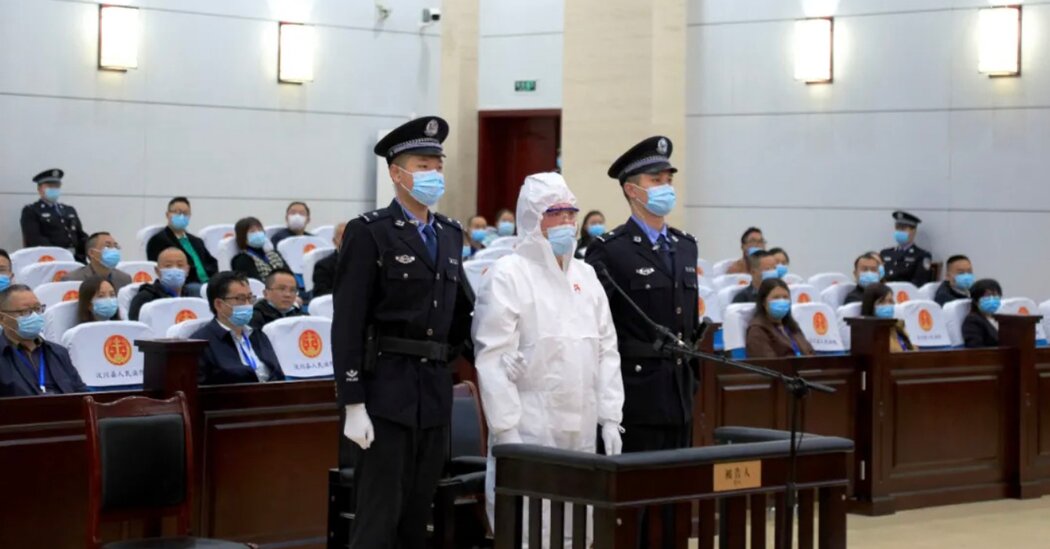 A court in China gave the death penalty to a man who murdered his ex-wife while she was livestreaming, a case that shocked the country and ignited calls for better safeguards against domestic abuse.

The man, Tang Lu, committed “utterly cruel” criminal acts, the court in Sichuan Province said in Thursday’s verdict, which was handed down after a one-day hearing, according to official news reports.

The case had drawn intense attention in China, where the legal system has been criticized for failing to protect women from domestic violence, even after they seek help.

Mr. Tang’s ex-wife, Lhamo, 30, had done that repeatedly before September last year, when he doused her with gasoline and set her ablaze while she was streaming on Douyin, the Chinese version of TikTok.

China introduced a law against domestic violence in 2016. But penalties are minimal, and women say restraining orders are rarely enforced. More than 900 women have died at the hands of their husbands or partners since the law was enacted, according to Beijing Equality, a women’s rights group.

Mr. Tang’s wife was Tibetan, and like many people from her region, she used only one name. Ms. Lhamo was born into poverty and wed Mr. Tang in 2009. He beat her repeatedly during their quarrels, the court said, and the couple divorced in March of last year.

Mr. Tang immediately pushed Ms. Lhamo to remarry and threatened to kill their children if she refused, Ms. Lhamo’s sister, Dolma, told The New York Times in an interview last year. Ms. Lhamo called the police but they ignored her pleas for help, her sister said.

The couple remarried, and soon after, Mr. Tang tried hurting Ms. Lhamo and Ms. Dolma again. But when Ms. Lhamo went to the authorities, she was told that it was a “personal family matter,” according to Ms. Dolma.

A court approved the couple’s second divorce in June of last year, and Ms. Lhamo spent most of the summer deep in the mountains picking herbs. She posted videos of herself cooking and singing to hundreds of thousands of followers on social media.

On Sept. 14, 2020, Mr. Tang went to the home of Ms. Lhamo’s father, the court said, where he found Ms. Lhamo livestreaming in the kitchen and attacked her.

“She looked like a piece of charcoal,” Ms. Dolma told The Times. “He burned almost all her skin off.”